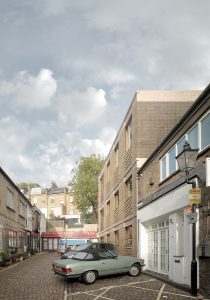 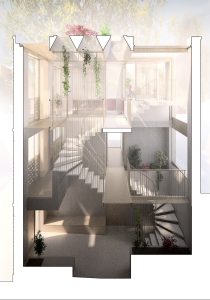 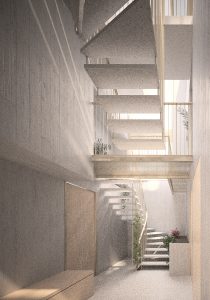 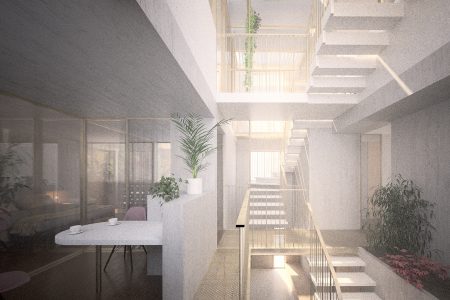 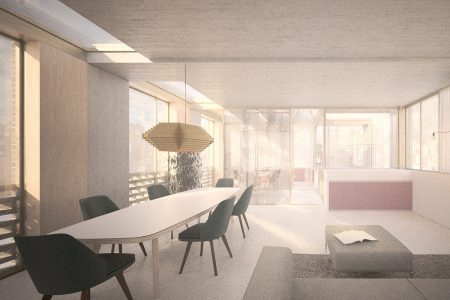 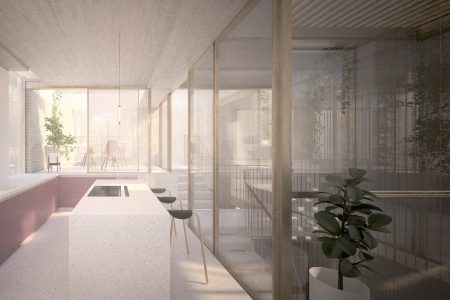 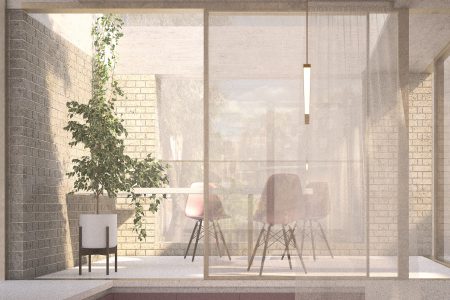 Whilst the existing building demonstrates little merit and is in very poor condition, features such as the horizontal concrete banding and timber access doors alluded to its historical light-industrial use, and were therefore important to retain and express in some way. The elevations take cues from the existing by reinterpreting the concrete banding with subtle recesses and protrusion added to achieve more refined proportions. Coupled with re-proportioning of the existing window openings and introduction of new openings separating the overall volume, a proposal of a more domestic scale is perceived, congruous to its mews context.

The volume’s prominent and elevated positioning within the mews prohibited use of the roof for providing external amenity space, which would otherwise lend itself perfectly for a terrace. Rather than submit to a hindrance, we used this constraint to drive the overall concept; to permeate and weave the external spaces internally. Through a series of sketches and three-dimensional explorations, the circulation space became an atrium housing a vertical garden, in which the volumes of each habitable room are articulated, creating moments of interaction and contemplation via internal terraces and walkways. By the daily use and interaction with this space, one is always connected to the outside and nature, much like they would be on a sunny day through Primrose Hill.

Primrose Mews House adds to Patalab’s work in the Primrose Hill area in the London Borough of Camden. Our completed projects in Primrose Hill include The Gables and Eclectic House. 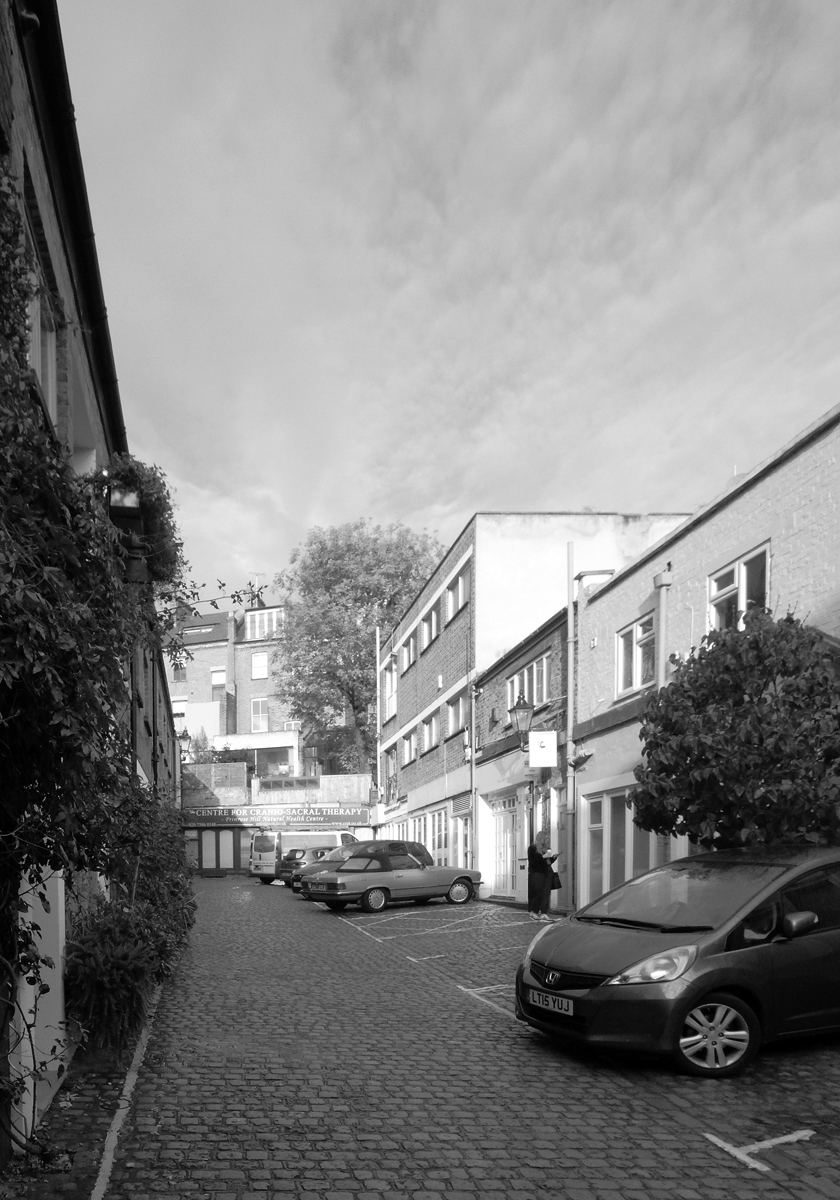 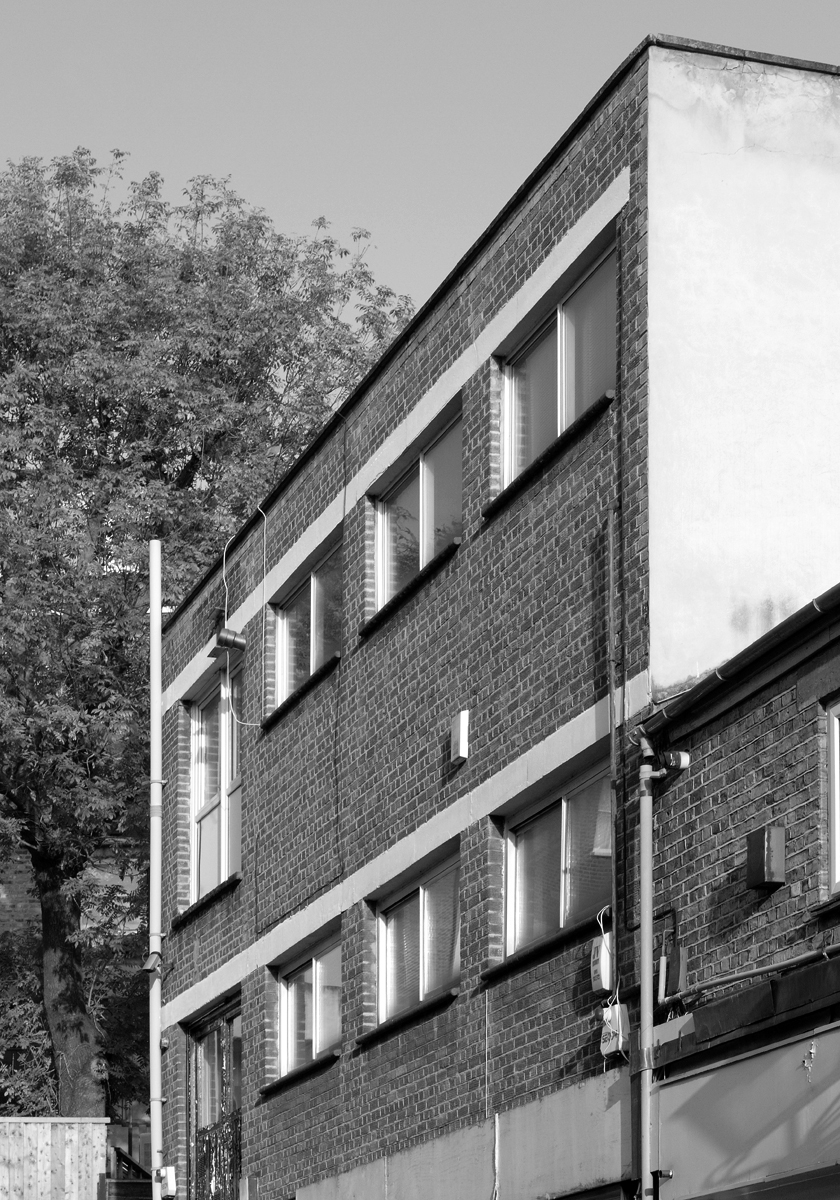 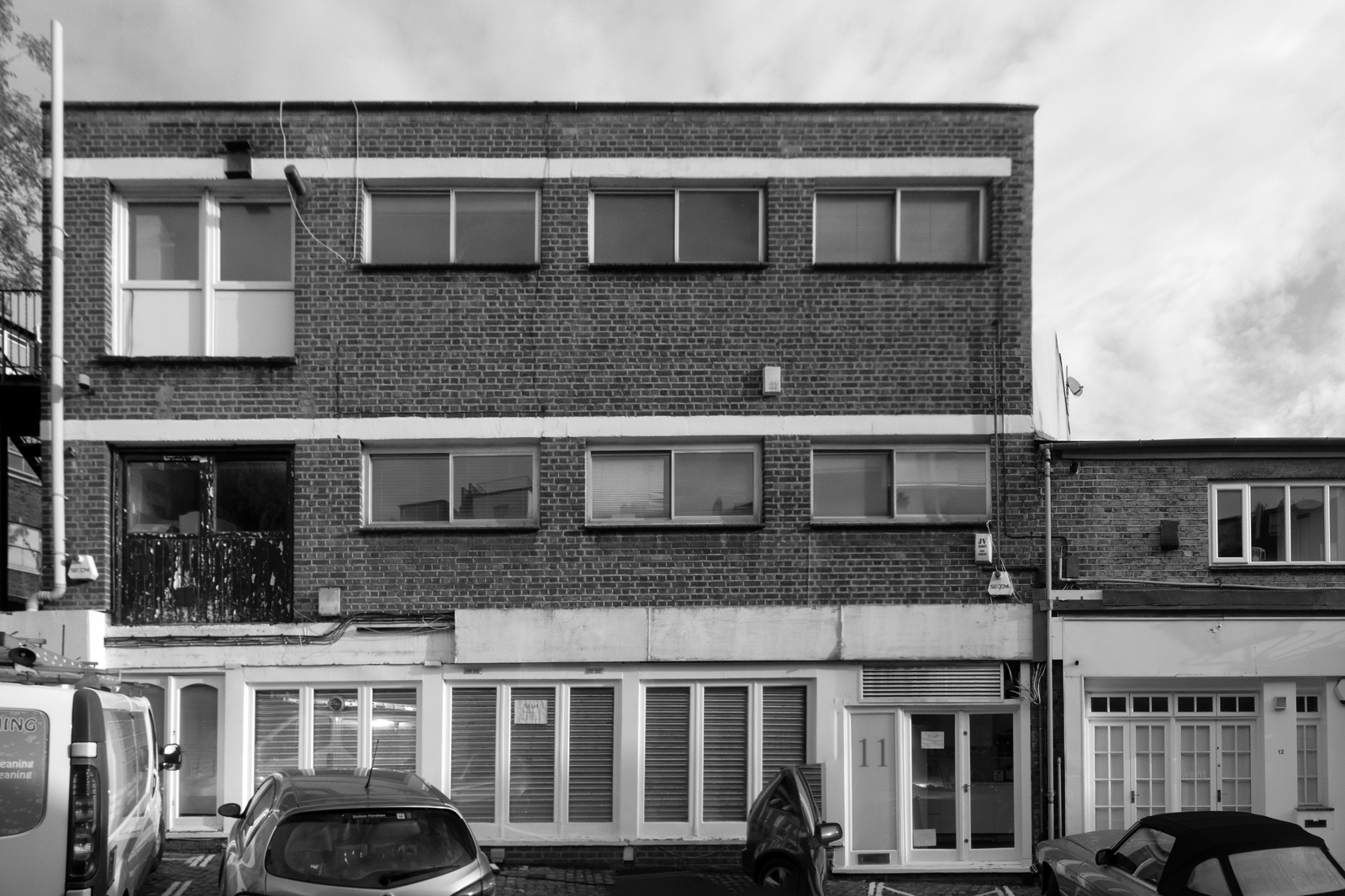 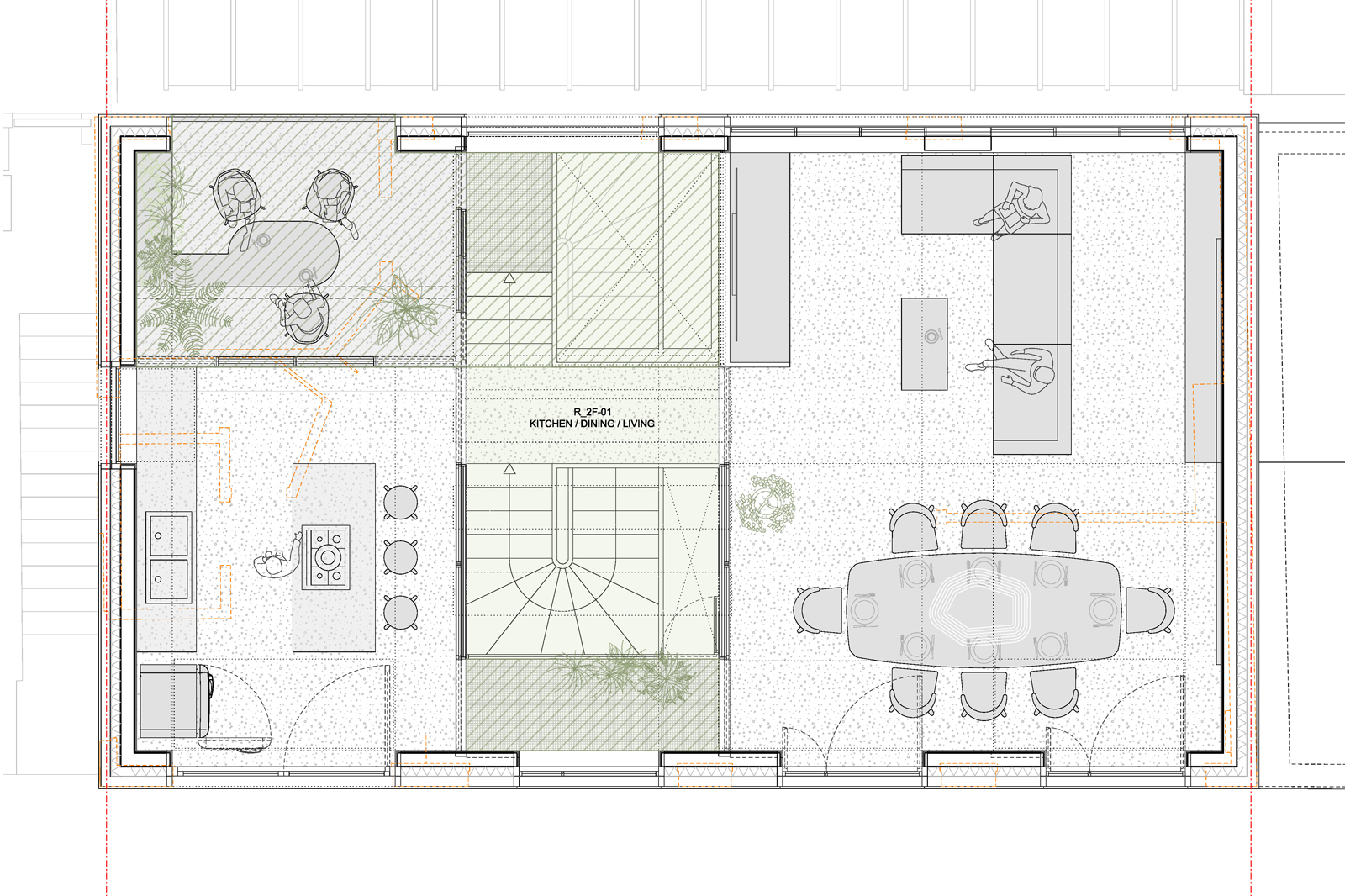