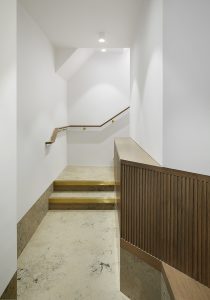 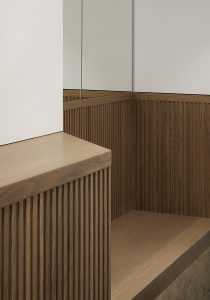 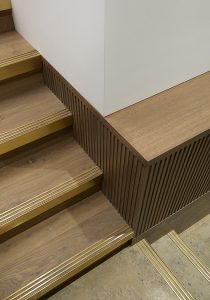 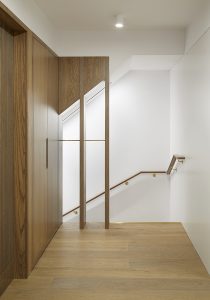 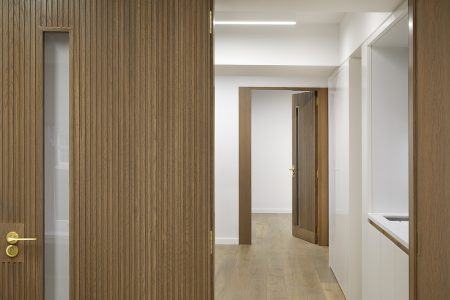 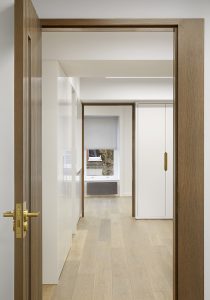 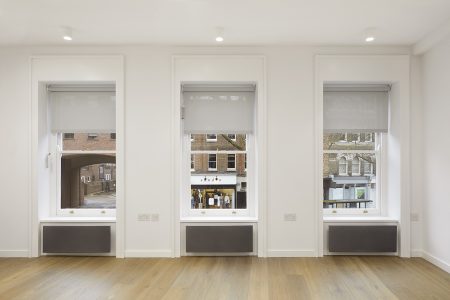 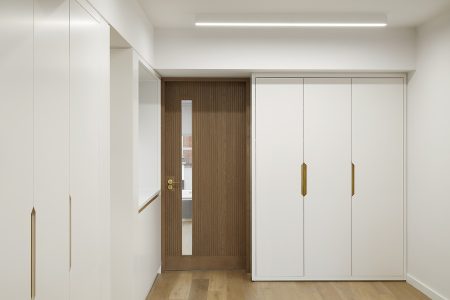 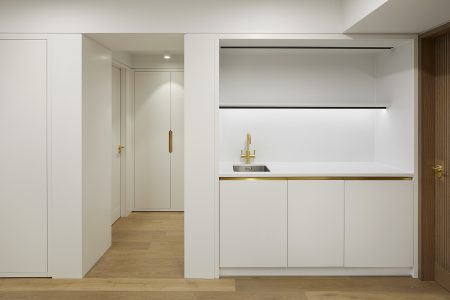 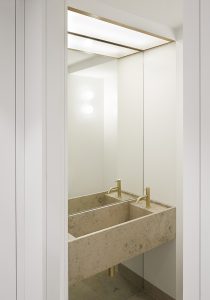 This spacious Hampstead office has been renovated with a finely detailed and well-crafted interior for the owner occupier. The material palette is purposefully restrained, allowing the natural warmth of the oak floor and selected joinery to shine through without overpowering the functional nature of the office.

The office occupies a prominent corner plot on Hampstead High Street and the busy Perrins Court in the London Borough of Camden. Originally built in the 18th century, part of the original brickwork remains intact to this day on the return to Perrins Court, alongside an early 19th century doorway. The building was completely gutted by fire in the 1960s and was rebuilt as a concrete structure behind a neo-Georgian facade, receiving its grade II listed status shortly afterwards in 1974.

Change of Use Responding to Changing Nature of the High Street

The 1960s internal layout reflected the needs of the occupant tailor; a small ground floor retail area with significant workshop space on the 1st floor. A concrete mezzanine level cut into the sales area and pockets of space were lost beneath multiple winding stairs.

With limited contemporary demand for so much ancillary space, Patalab gained planning permission and listed building consent to change the use of the 1st floor from retail to office. A separate entrance was created from Perrins Court to serve the new office and fully separate it from the shop. The deep refurbishment included the removal of concrete structure to enlarge the ground floor shop, carbon fibre strengthening of structural deficiencies, upgrading the insulation and installing a heat pump for comfort cooling.

Our design of this Hampstead office embraces the quirky nature of the concrete structure, defining both the deep coffered ceiling within the reception and the datum for joinery throughout.

Perrins Court office is one of the many heritage schemes for private and commercial clients Patalab has realised in the London Borough of Camden over the past years. It is also one of numerous projects we completed on Hampstead High Street, contributing to its revival. Our other Hampstead High Street projects include Casa Roja, Cascade House and the mixed-use development of the former Birds in Hand public house. 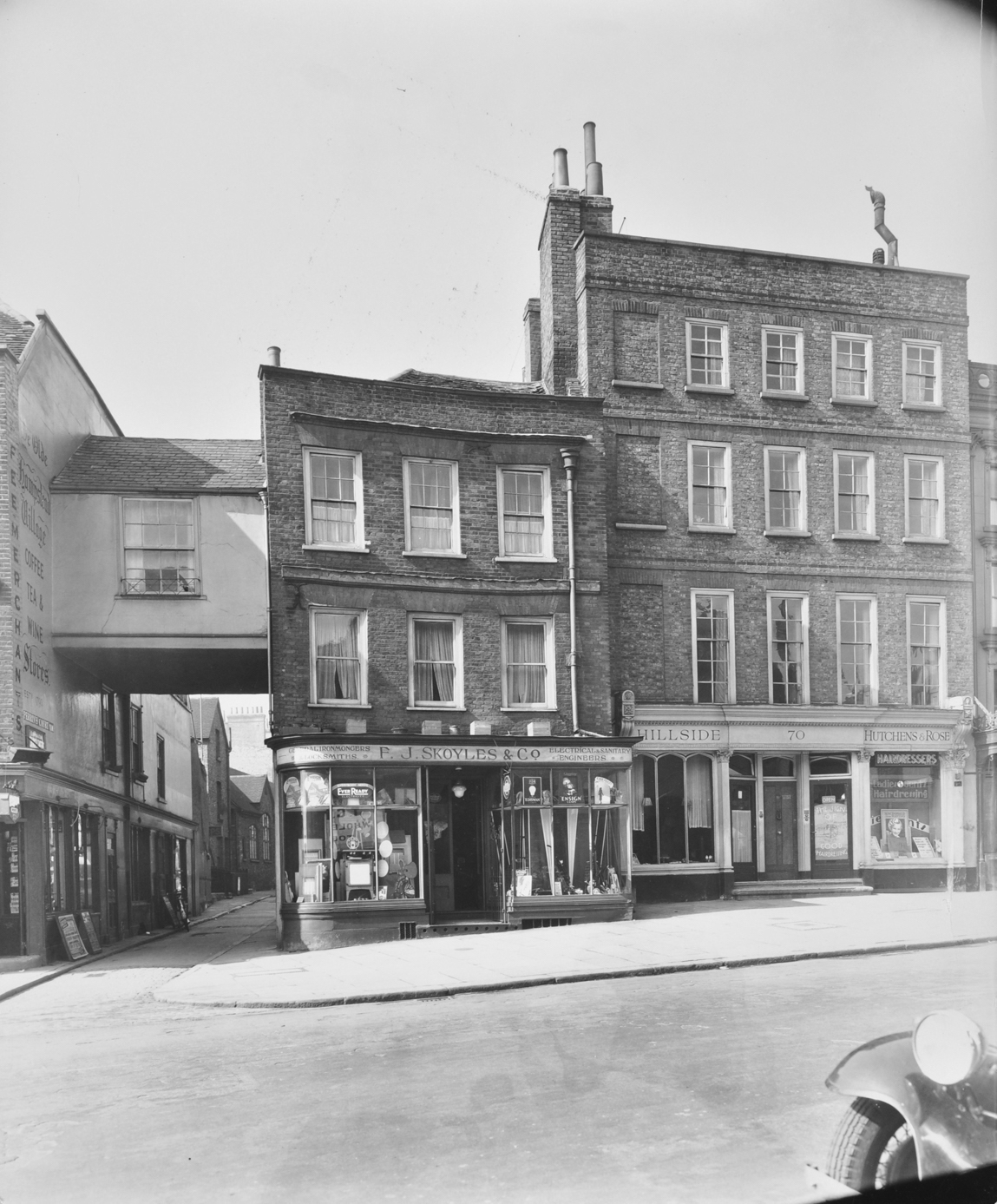 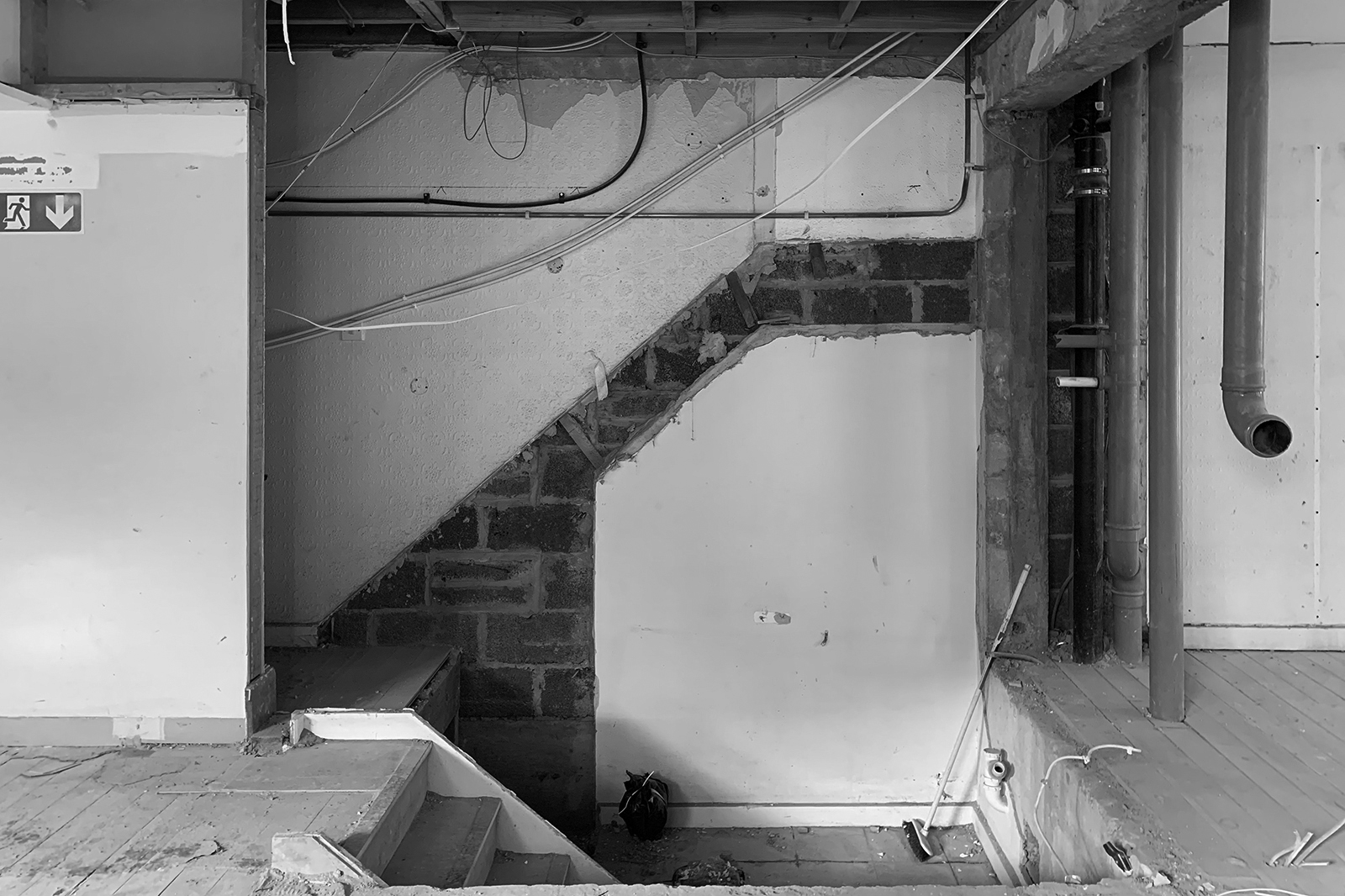 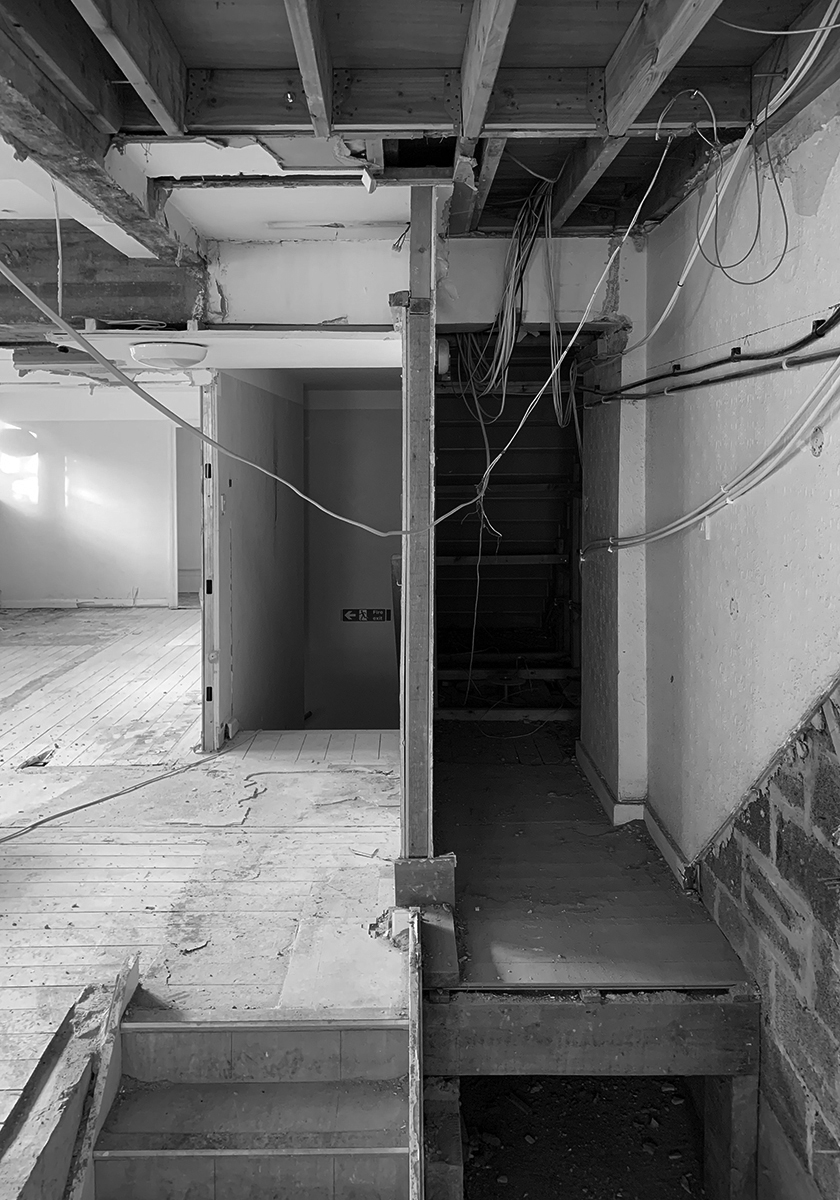 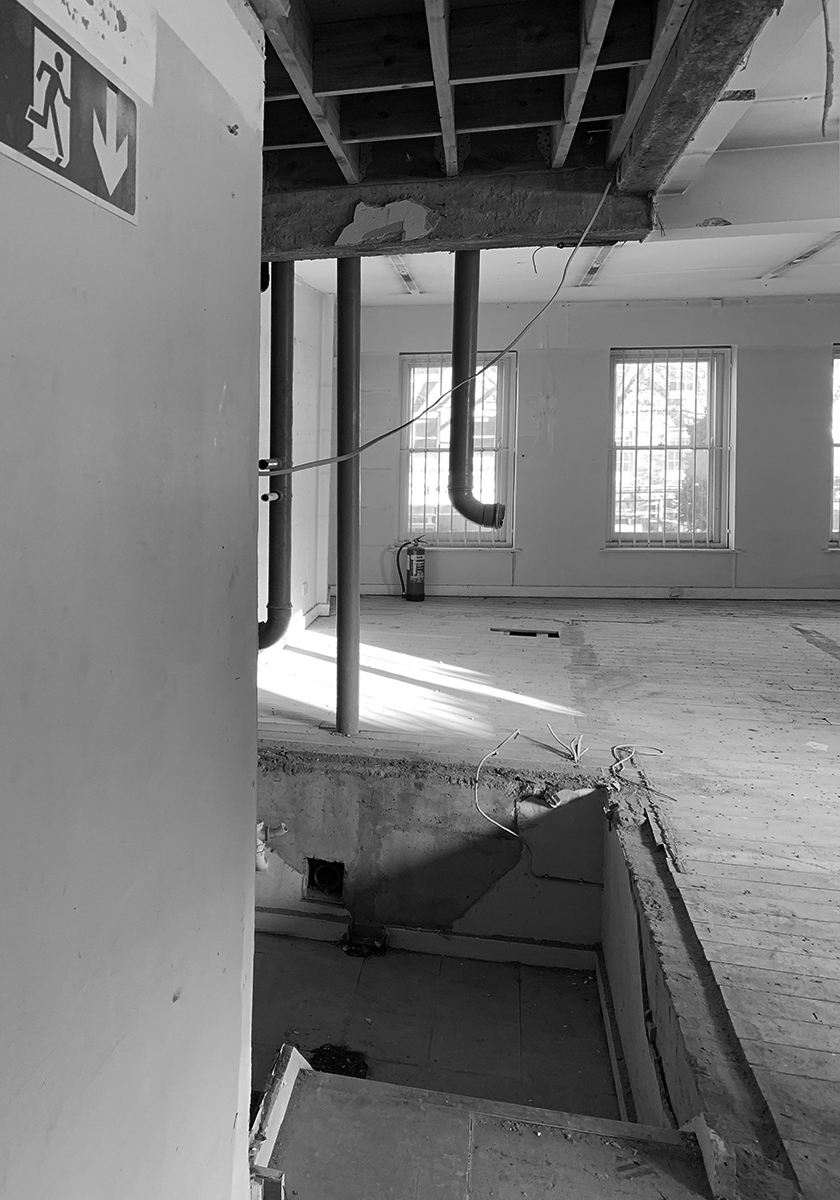