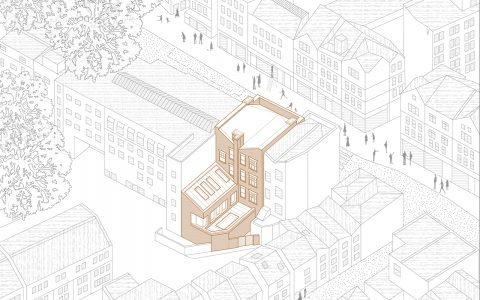 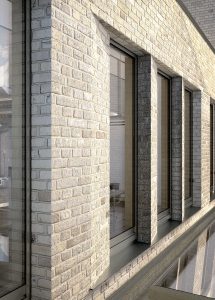 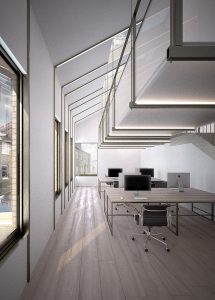 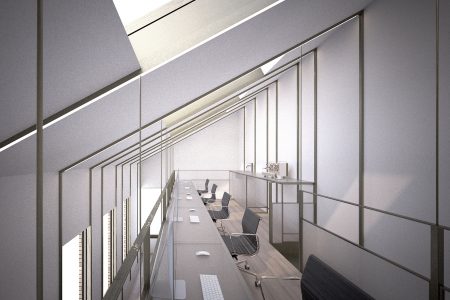 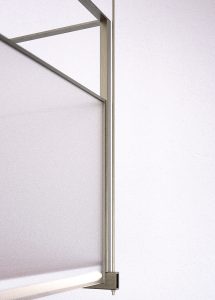 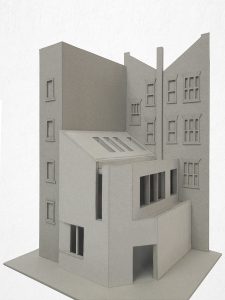 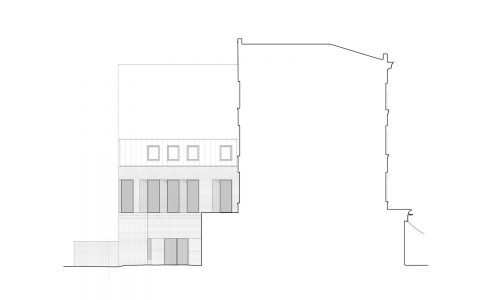 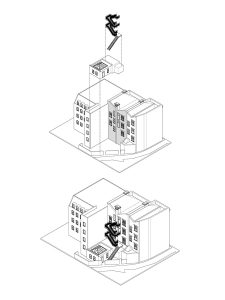 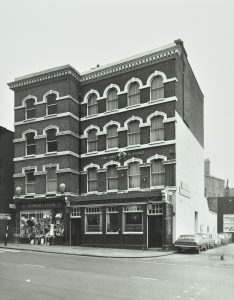 Our design for a chamfered two storey brick extension to the rear of a Victorian terraced building on Hampstead High Street has been granted planning permission. The extension will replace an existing single storey block, and along with some internal remodelling, will create more dynamic and useable space whilst also smartening up the currently cluttered rear facade.

The existing building, dating from 1879, originally housed the Bird in Hand pub but having closed in the 1980s it is now a cafe on the ground floor and basement with flats on the upper two floors. This current programme does not fulfill the potential of the site as the layout is inefficient and the flats can only be accessed via a small back lane and external stairs. Instead, our scheme opens up the basement and ground floor which will cater for alternative commercial use, and the first floor, extended and refurbished will be used as office space.

An integral element of this approved scheme is a new internal staircase which will be accessed from the front of the building and provides a more convenient route to the upper floor flats. These flats are also remodelled, creating an extra bedroom space, and reorganising the living area to make them more generous and South-West-facing to maximise natural light levels.

Enabling these extra spaces is the new brick extension which appears as a contextual but distinctive modern addition as seen from Bird Inn Yard, the lane behind the former pub, whilst the front facade is retained and restored as it was deemed to positively contribute to the Hampstead Conservation Area. The angles of the original butterfly roof are reflected in half of the rear extension whilst the other half has a flat roof but its walls are angled to extend to the edge of the boundary, generating as much internal space as possible. This new part of the building will be in brick emphasising the oblique massing but also complimenting the existing material palette.

Works on site are due to start in spring next year.