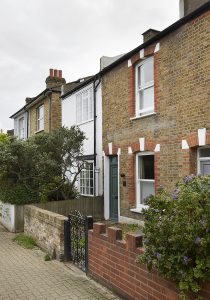 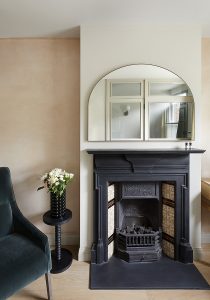 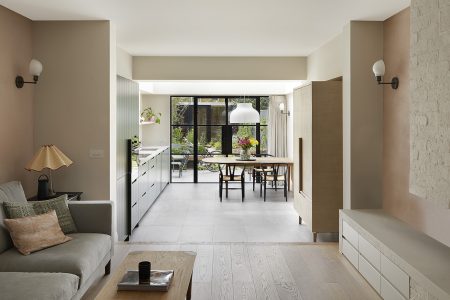 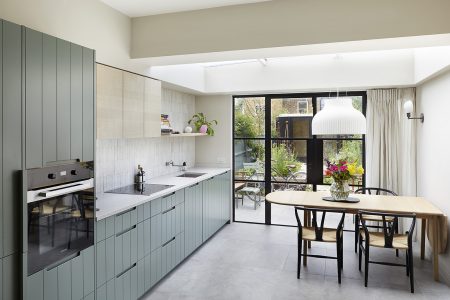 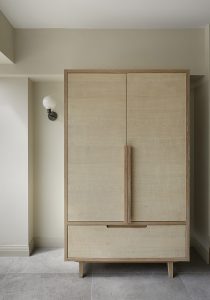 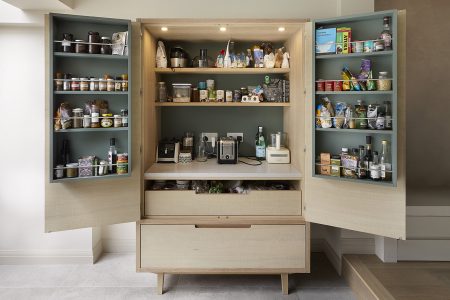 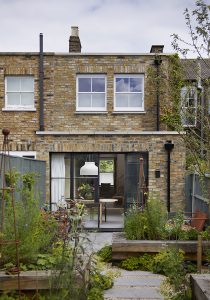 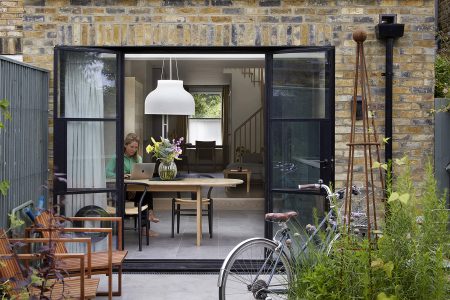 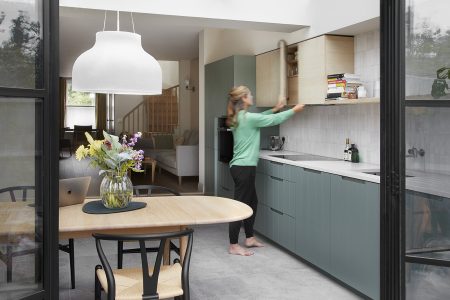 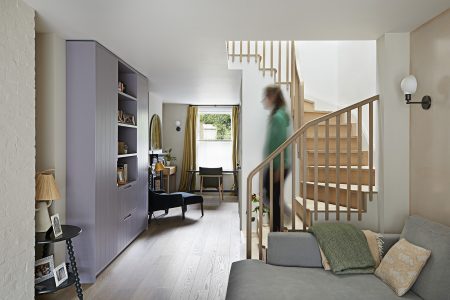 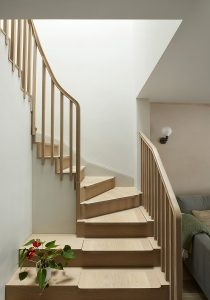 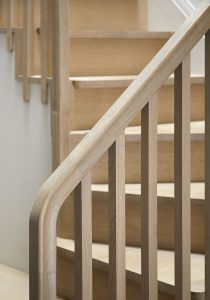 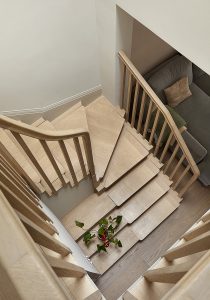 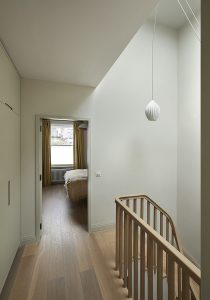 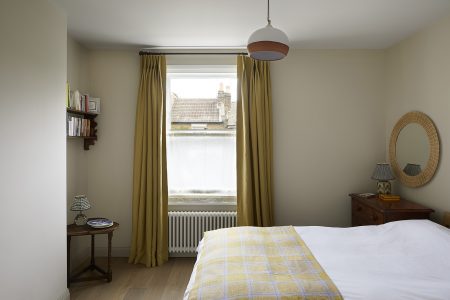 Built in the late 19th century as part of a large new estate in South London, Wandsworth Cottage is a small Victorian terrace house originally built as a modest workers’ cottage. The house, when purchased by our client, was in a tired state and there were major structural issues that needed to be addressed, justifying the opportunity to fundamentally rearrange the layout. Patalab was appointed for all workstages, developing the design, obtaining planning permission and overseeing the delivery of the project.

The 4-metre width of the cottage was the largest constraint and the existing stair position resulted in an unusable skinny second bedroom on the upper floor. This was overcome by designing a reconfigured triple height stairwell – our main architectural intervention. The insertion of this vertical space has significantly increased generosity on both floors and brings natural light into the centre of the house – a vital enhancement especially with the additional 2-storey rear extension.

With Wandsworth Cottage’s long thin open-plan ground floor it was essential to structure the space. This has been achieved by creating a series of centring gestures along the spatial sequence. To the front of the house there is the entrance study area which houses the retained Victorian fireplace. Next is the stair which conceals a small WC and is framed by a purple hued joinery piece. Most central is the living area which is anchored by a modern brick and concrete fireplace and gains the natural light that cascades down the stairs. To the rear leading to the garden is the kitchen which is separated by a large rooflight and a step down onto concrete tiles. These spatial features strike a balance between connectivity and the forming of distinct spaces to inhabit.

Our client wanted to create a tranquil but refined interior. We responded to this by using a carefully selected material palette in which solid finishes are imbued with softness. The oak flooring and stair, bringing warmth to the space, are complimented by bare plastered walls and bespoke joinery in mellow tones. The use of off-white paint throughout softens the scheme further and creates an overall atmosphere that is hazy and laid-back.

The joinery for Wandsworth Cottage was designed in collaboration with joiner Ben Fry. The pieces are situated throughout the house but have a common language in tone and the minimal tongue and groove detailing, inspired by the house’s history. The introduction of white washed rough sawn oak in the kitchen cabinetry and pantry is a nod to the oak flooring elsewhere and adds complimentary texture into the scheme. The pantry appears like stand-alone piece but is an essential extension to the kitchen, functioning as the place to keep everyday items neatly tucked away.

Framed by black metal doors, beyond the house is the garden which is bookended by a small yoga studio. Designed by Adolfo Harrison the garden features a slab and gravel path winding around a series of intersecting raised beds full of herbs and vegetables. The wide bed edges double up as additional places to sit and enjoy the greenery. Fruit trees and elegant metal obelisques bring height into the relaxed meadow-style outdoor space and respond to the long and rectangular nature of the garden.

I had a very positive experience with Patalab. Their proposed design for the house, which involved opening up and extending out to bring in light, was the most creative proposal I received at the planning stage, and it has resulted in an airy, bright and well-integrated living space. The project management and oversight was extremely well organised and thanks to ongoing communication throughout the project, I felt confident in the process and timing and I am delighted with the outcome. Patalab were also able to introduce me to and co-ordinate with other professionals, such as joiners and gardeners, whom I would not otherwise have known, which together has helped to create a home that has exceeded all of my expectations. 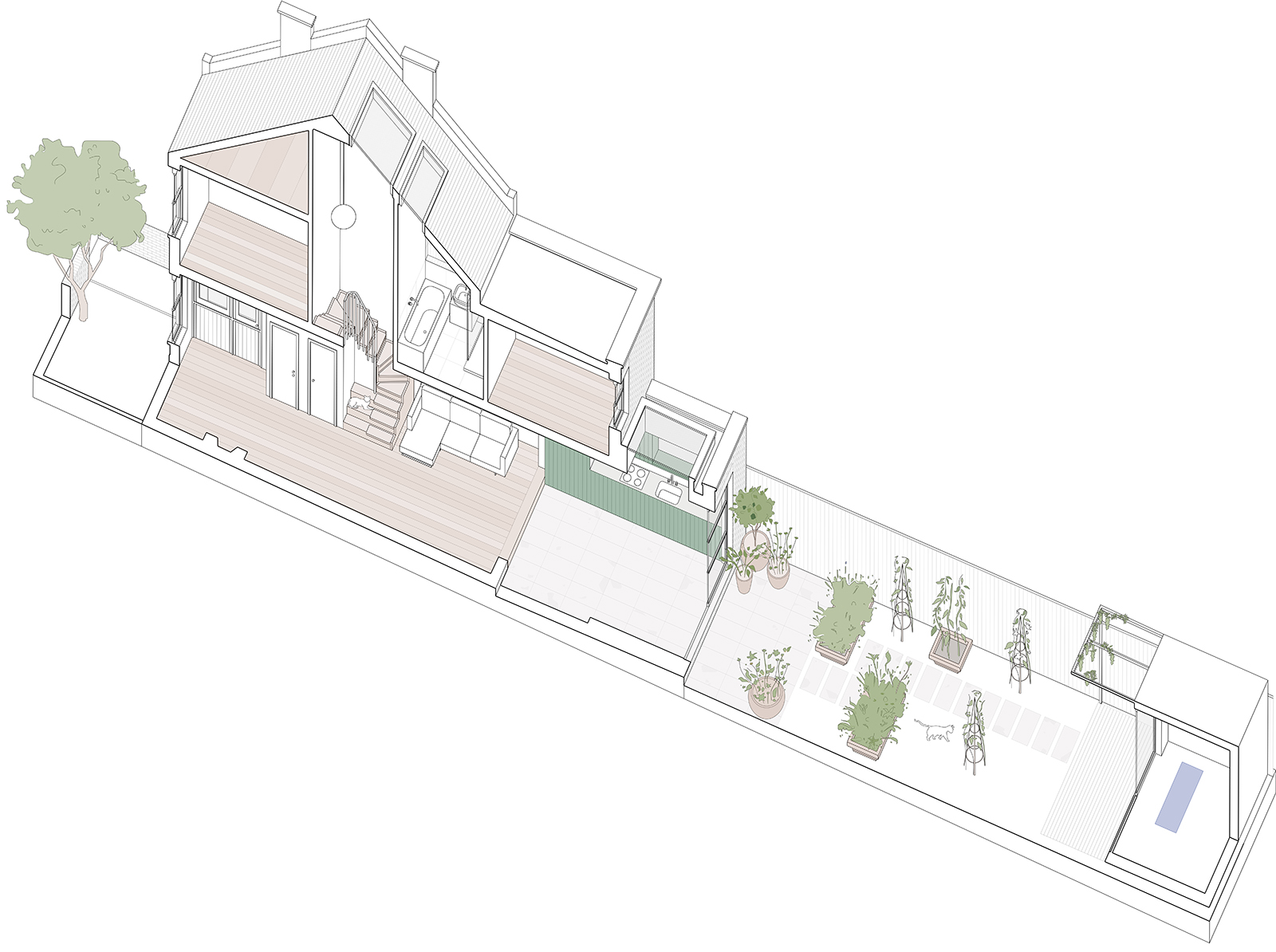 "I had a very positive experience with Patalab. Their proposed design for the house, which involved opening up and extending out to bring in light, was the most creative proposal I received at the planning stage, and it has resulted in an airy, bright and well-integrated living space." 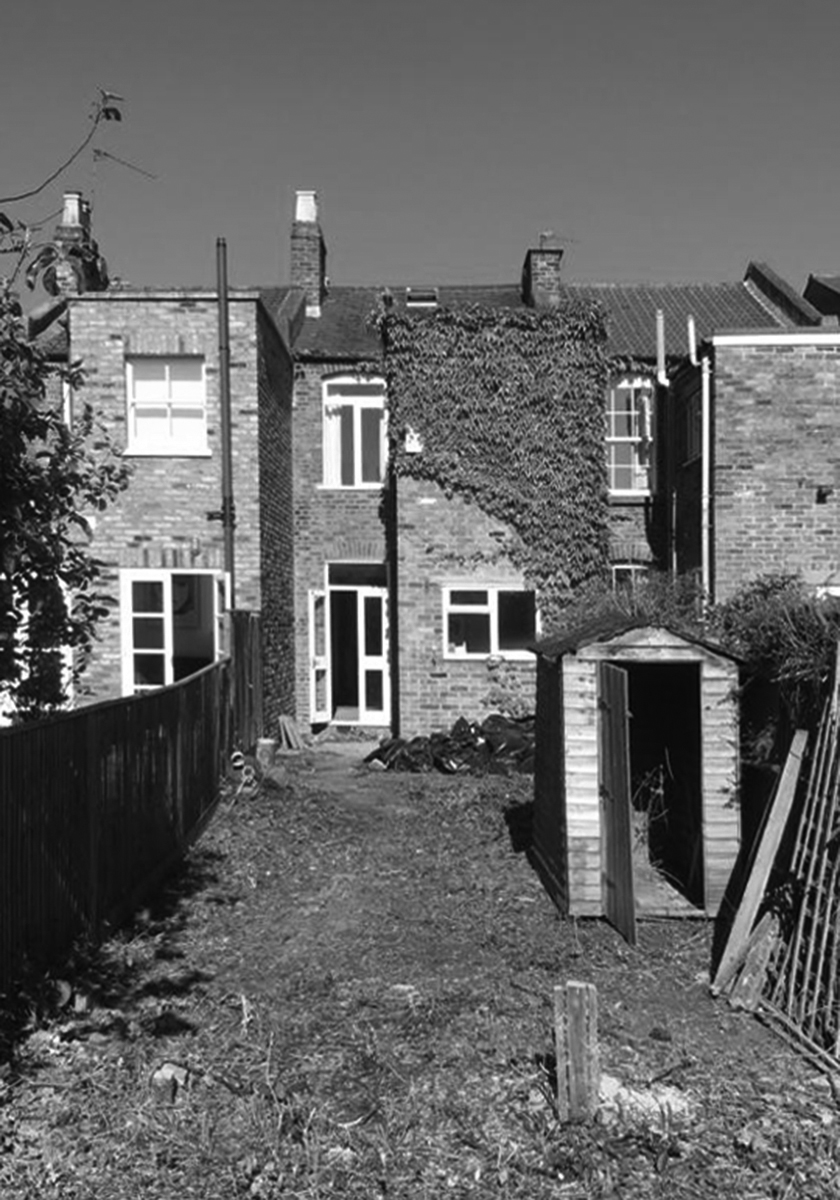 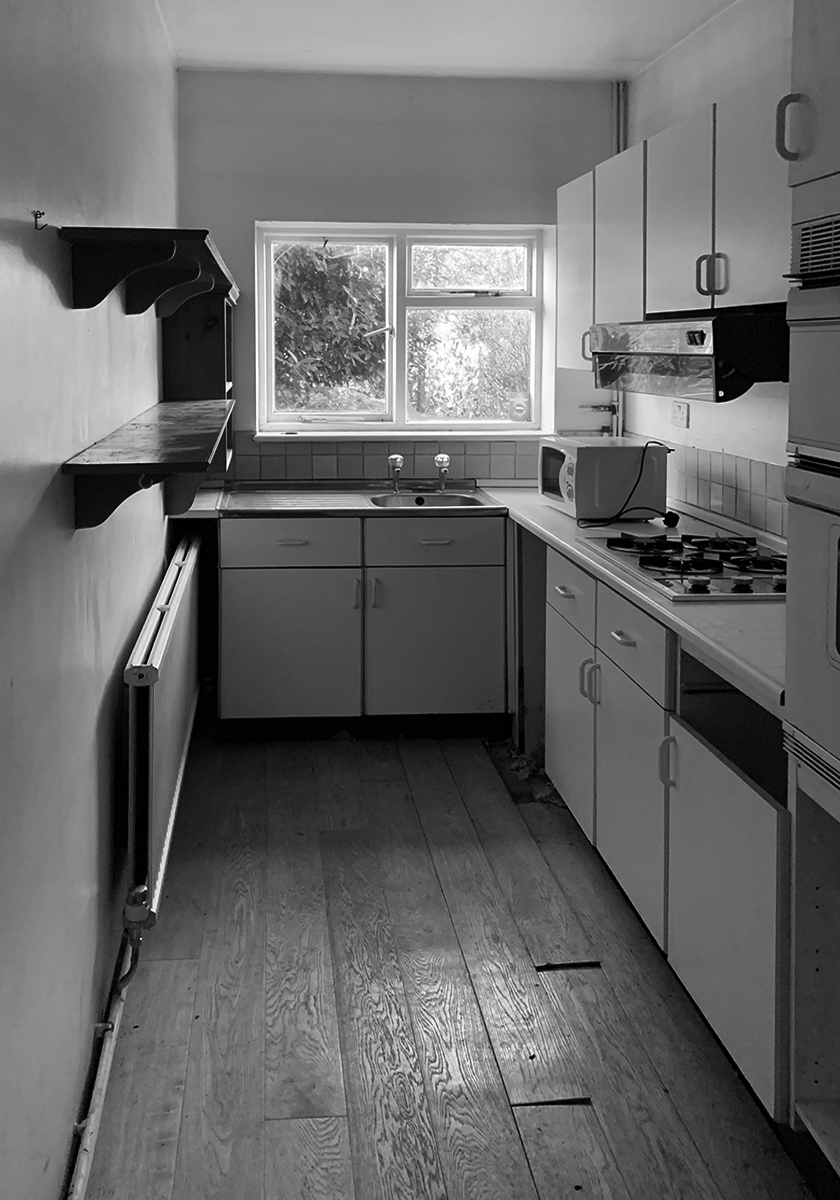 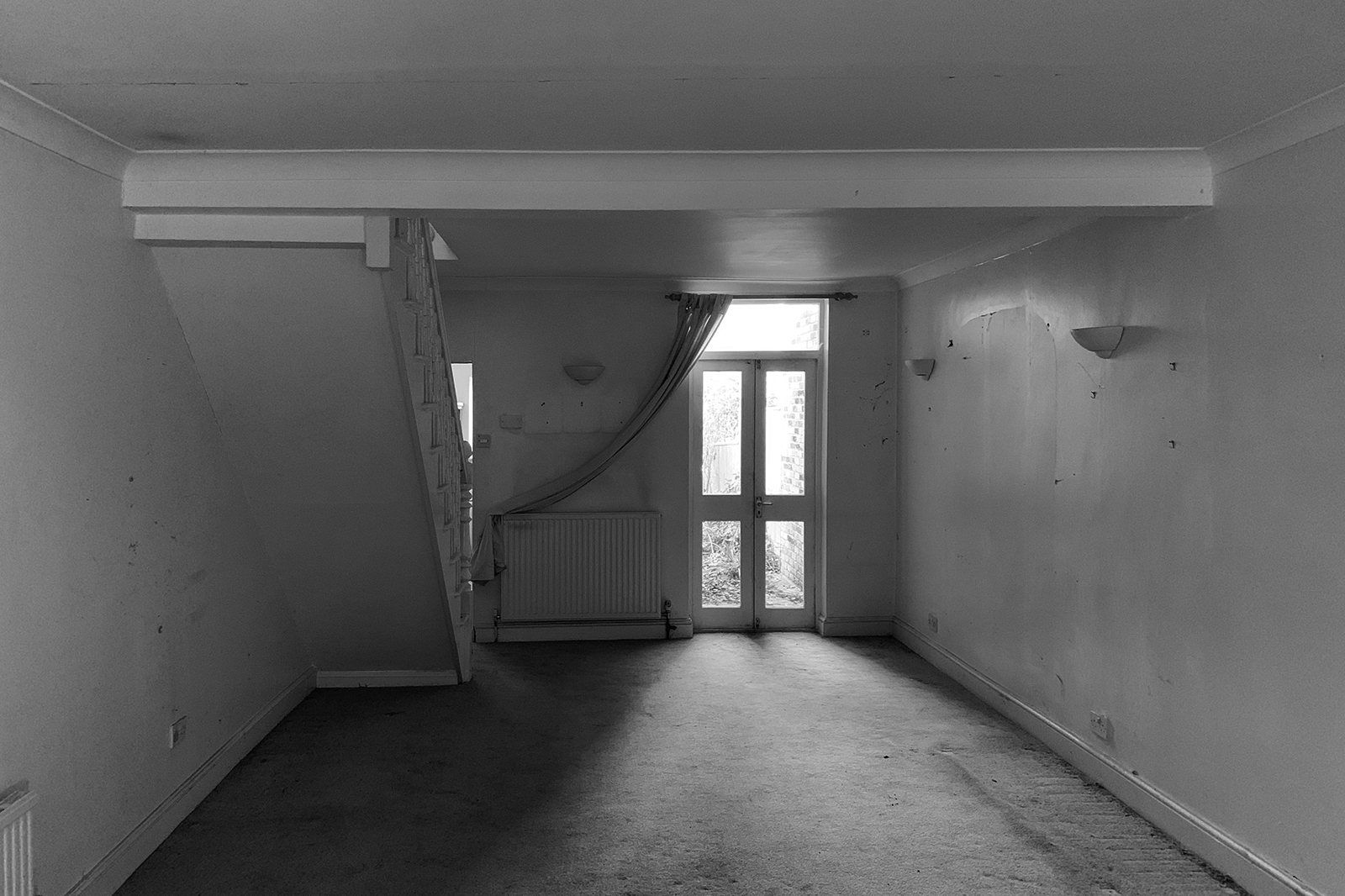 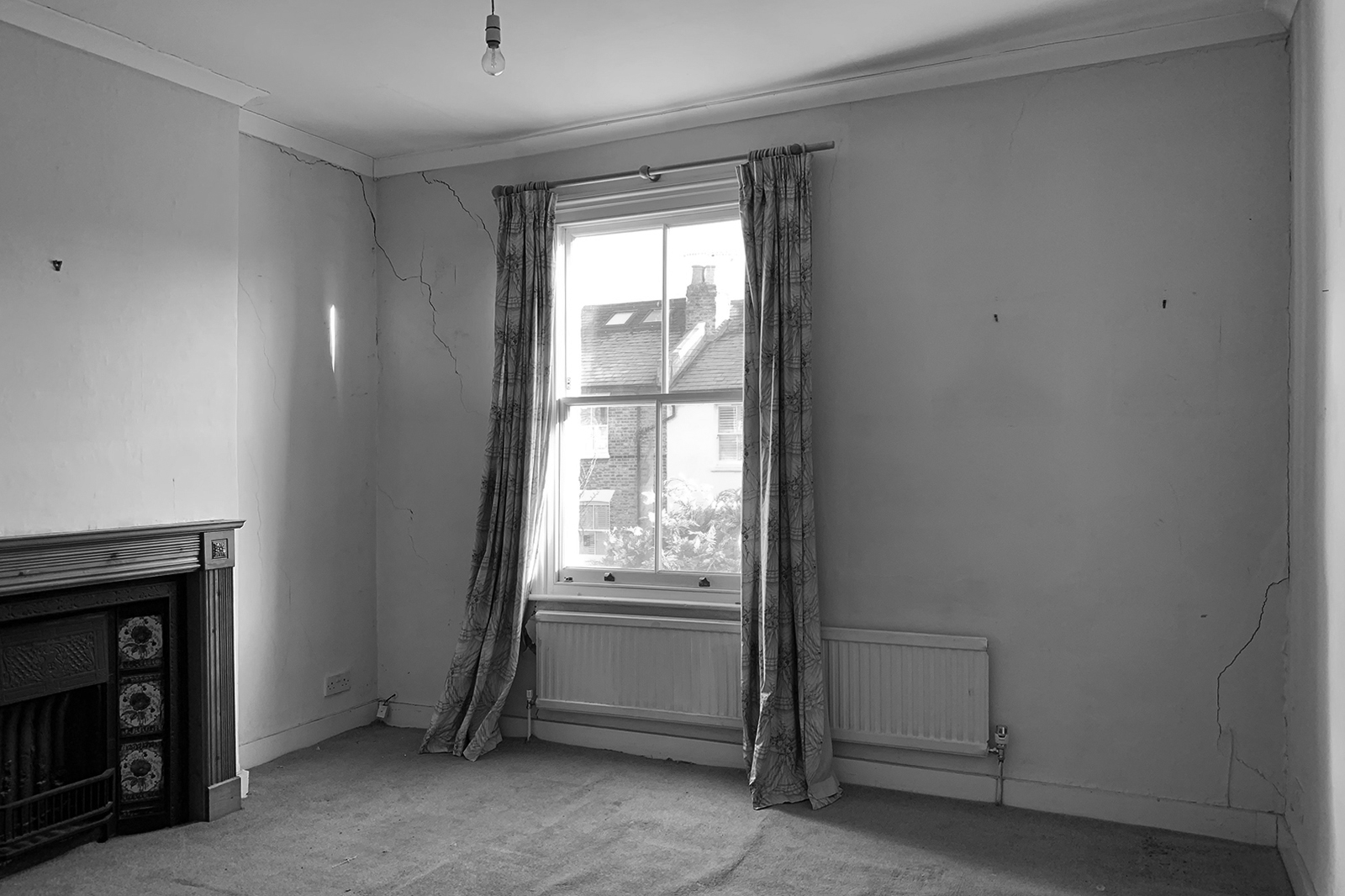