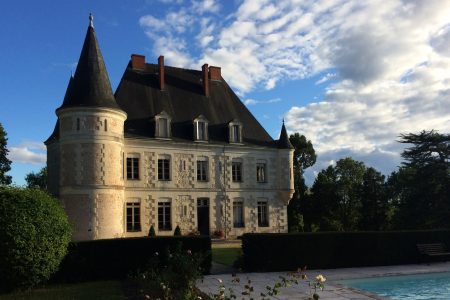 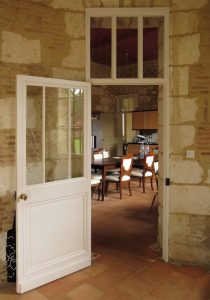 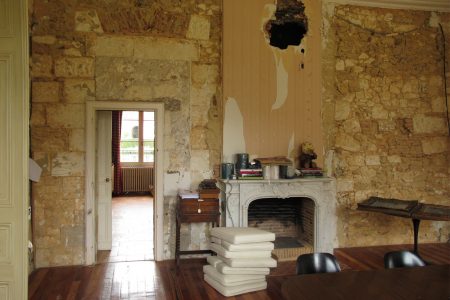 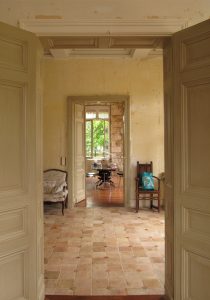 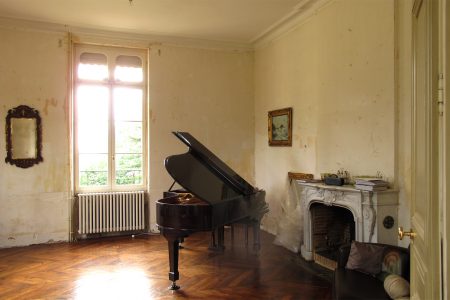 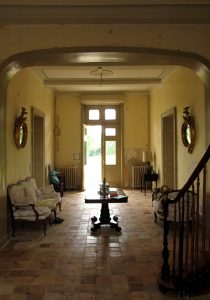 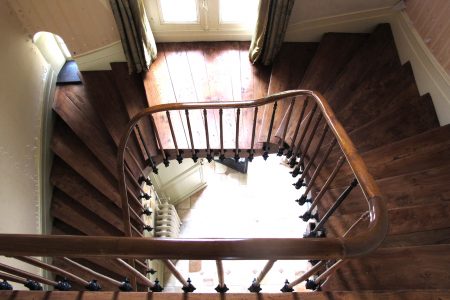 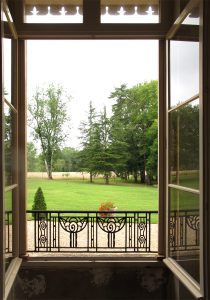 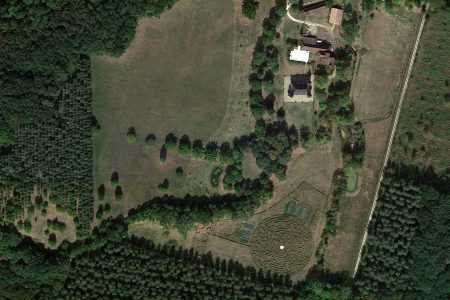 Patalab have completed a concept scheme for the major chateau refurbishment. The estate in southwestern France was originally built in the nineteenth century. In its current state, the house not only requires modernisation, but a succession of insensitive owners have stripped away most decorative features, making a restoration project impossible without counterfeit and the potential to lose the building’s soul. Our design aims to reflect the family’s affection for the chateau by reintroducing craftsmanship as well as using joinery and smaller interventions to adapt existing spaces to suit their needs.

Having purchased the property several years ago as a holiday home for their family, our clients have already undertaken many projects to various areas of its estate. These include planting a maze, which will be one of Europe’s largest - and is also designed by Patalab - nurturing a vegetable garden, works to the woodland and reconfiguring what would have been the front lawn to create a parterre. During this time, they have 'made do’ with the chateau’s existing conditions, spending large amounts of their days in the grounds and managing to serve delicious suppers of many dishes in a kitchen on its last legs - the cutlery drawer is kept on a table on the other side of the kitchen to the units it once slid in to. Now it is time to upgrade the house’s interior so that it matches the splendid views of the grounds.

From the beginning of the design process for the chateau refurbishment we instinctively retained the original internal walls at ground and largely at first floor levels. Preserving the location of walls and openings maintains the legibility of the historic layout, and whilst we rearranged the room functions, the spaces that these old stone walls create remain rational, practical and beautiful.

At ground floor level, the greatest spatial interventions involved creating a new hall space where the kitchen had been and moving the dining room to the original entrance hall.

Despite internal and external walls remaining very similar to their original layout, the practiced use of interior spaces has altered over time. As cars pull up to the chateau, they are no longer presented with the grand front door at the centre of the symmetrical front elevation, instead the driveway ends at a tower to the rear of the property. This adaptation domesticates the chateau - the round tower acts more like an entrance hall in a London town house as it provides a quick lobby space between the front door and the kitchen, and also houses a staircase that spirals around its curved walls to serve all floors.

Whilst this spatial reinterpretation generally suits the family, life concentrates around the tower. Not only does this leave the dining room unused but a lack of an adequate threshold between visitors and the kitchen means that neighbours, gardener’s dogs or any stranger turning up to the house are suddenly at the centre of family action. By moving the kitchen into the south eastern quarter of the plan, the north eastern room can elongate the threshold formed in the tower and privacy is increased. This transition also works in the opposite direction, and by adding joinery along the inner wall, the family can store wellies, sun hats, sun lounger cushions, and anything else needed to continue enjoying their grounds.

Running in parallel to what was the entrance hall, this joinery continues into the proposed kitchen to create further storage space and to also draw the eye from one room into the other, establishing an axis between hall and kitchen. This connection can be switched on and off (by opening/closing a door) depending on how much privacy the family requires. Perpendicular to this axis, the joinery also helps to create another as the depth of the cupboards match the width of the original double doors leading into the central space - pinned open against the deepened reveal, a visual and audible link is created between kitchen and music room. Imagine preparing vegetables fresh from the chateau’s garden occasionally looking up to see the sun setting through a window on the opposite side of the house whilst someone is playing a sonata on the piano.

Finding an affinity between the long rectangular shape of the entrance hall and the dining table, and also considering the occasional use the dining table, the function seemed to suit this space more appropriately. Our design also proposed extending the existing external steps (once the front steps) leading out to the parterre to create a terrace, looking out towards the maze.

To encourage a flow between these ground floor spaces, local honey-coloured sandstone will pave floor and terrace. However, dispersing from the centre of the staircase in the proposed dining room, darker stone stars will punctuate each room in different formations. Inspired by an original timber floor that has been removed, the differing patterns created by the darker stone inlays respond to features within each room as well as strengthening the axes - both reinforcing the individual characters of each room and encouraging connection between.

In its current state, the lack of decoration makes the rooms’ orientation and natural lighting form a strong part of their characters. As the sun travels over the south-facing chateau, each quarter of the plan enjoys a dual aspect and a particular light that subtly changes across the day. In order to celebrate this, our design proposes the addition of plasterwork detailing across the walls, catching the light and creating different shadows as the sunlight moves. Similar to the flooring, we have created patterns in the plasterwork that change according to the room without differing too much to encourage continuity.

On the first floor, we have again retained most walls. Given the generous size of the existing bedrooms, new en-suite bathrooms and built-in joinery fit easily in without removing the grandeur of the rooms. The master suite will be formed by merging two quarters to become the most opulent space in the house. At the centre of this suite will be a large wardrobe, separating dressing from sleeping space but also concealing a chimney flue at the centre of it with mirrored panelling. The wardrobe will reflect the room and all the views out of its windows. The narrow width of the panelling and smokiness of the mirror will act as a filter, transforming fragments of the historic house and gardens in to sultry and stylish scenes.

Extending the house's central staircase to the second floor, guests will be able to enjoy renovated bedrooms as well as a new kitchenette. Each room has been designed to carefully work with the low eaves’ heights and dormer windows. Reflecting the existing timber beams and making the most of low ceiling heights around the perimeter, new timber boxing at low level creates seating in the windows as well as a ledge to rest books and magazines.

From each room of the house a different part of the grounds can be observed, and through slight alterations the existing plan of the building can maximise enjoyment of it. As a result of the chateau refurbishment the transformed house should become the nucleus of the family’s retreat, the centre from which to nurture their land. 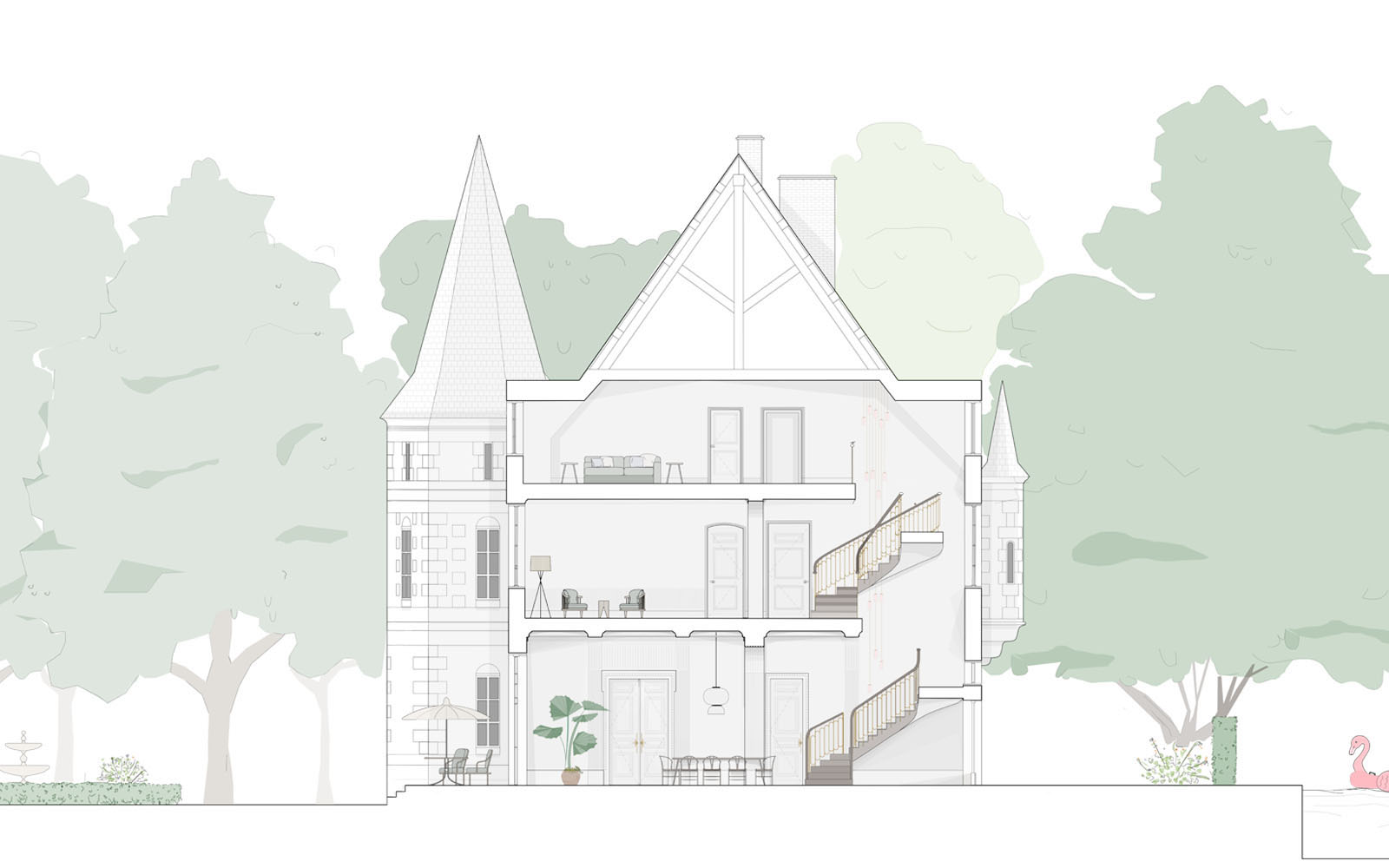 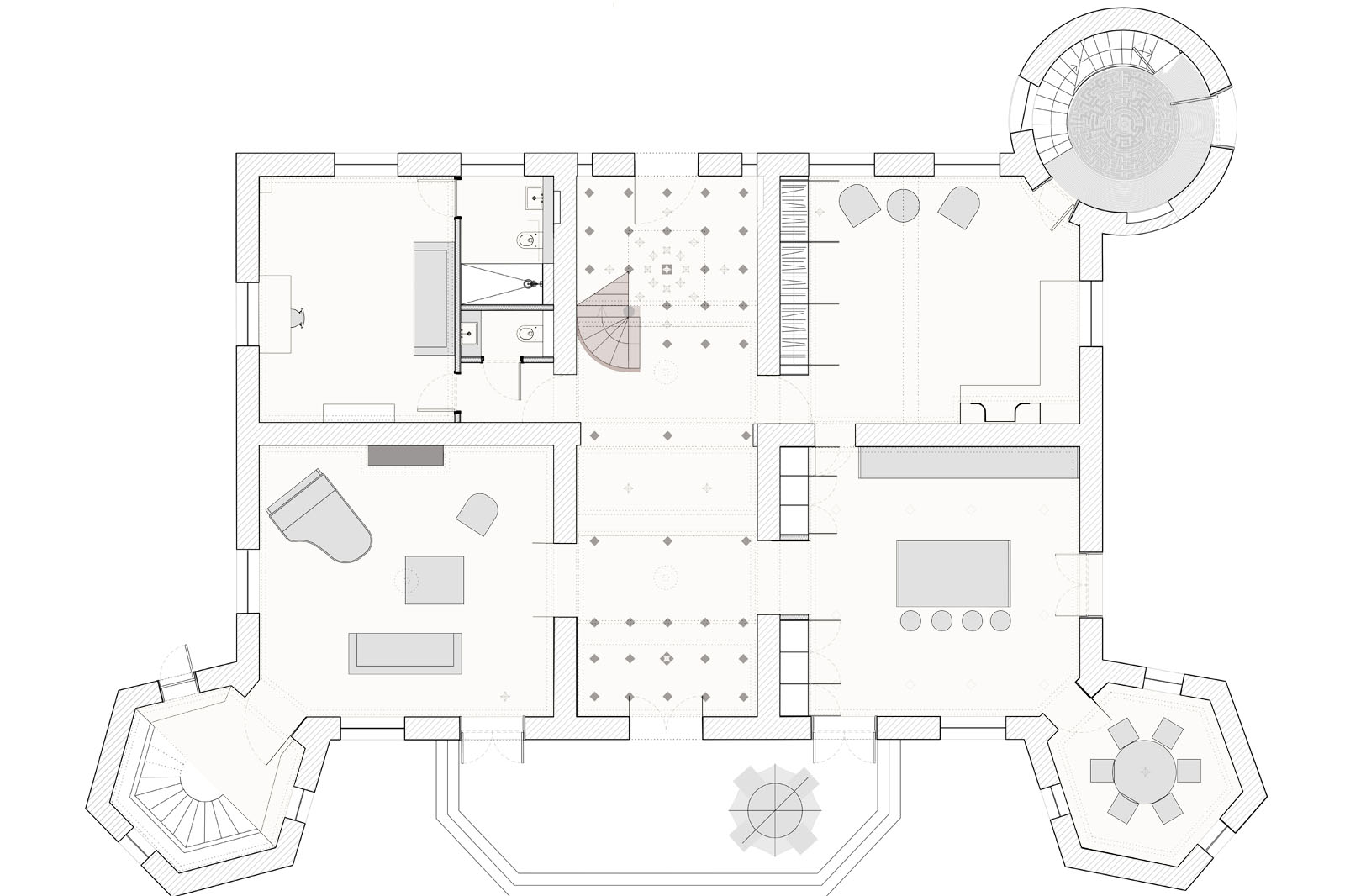 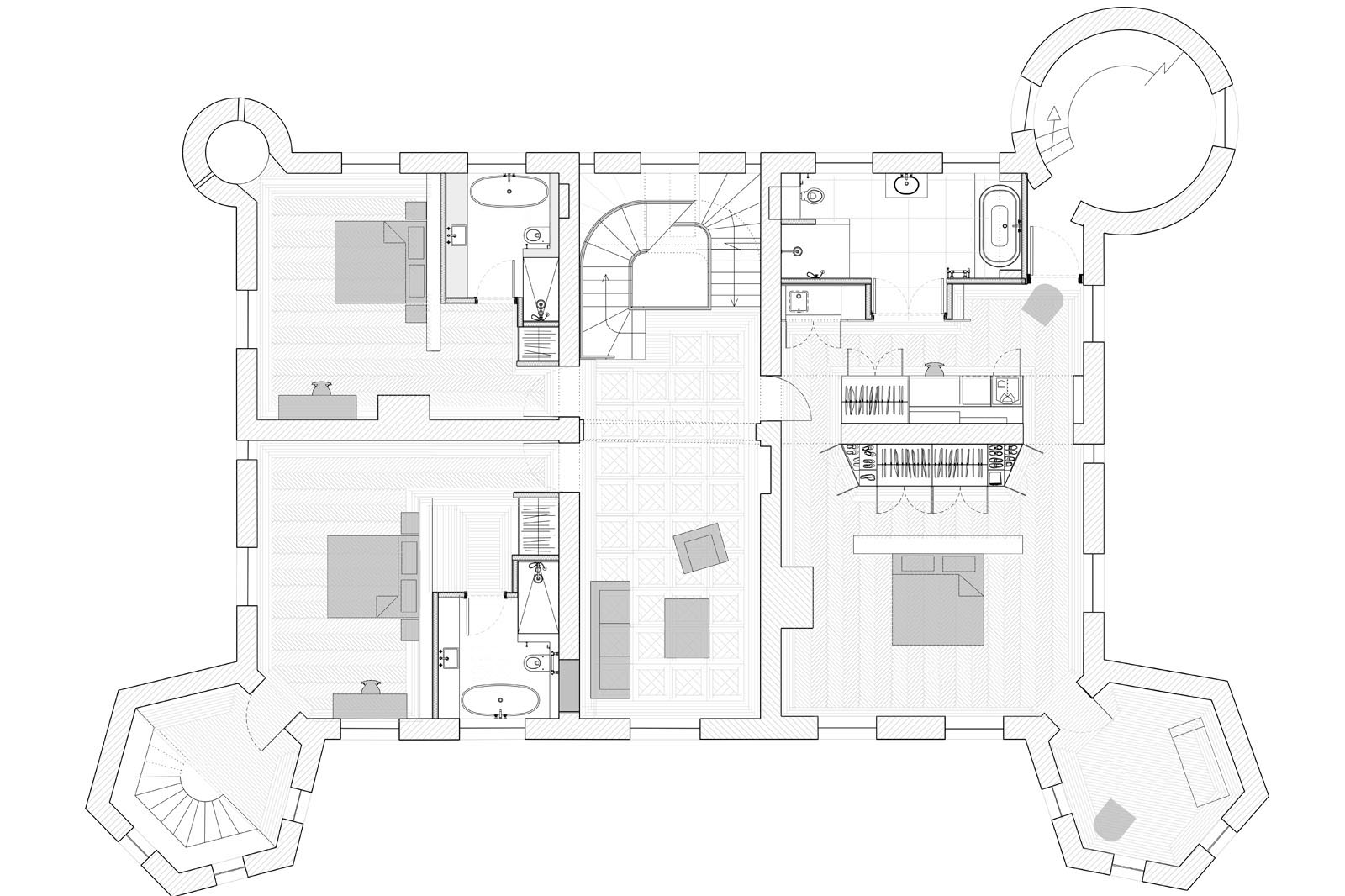 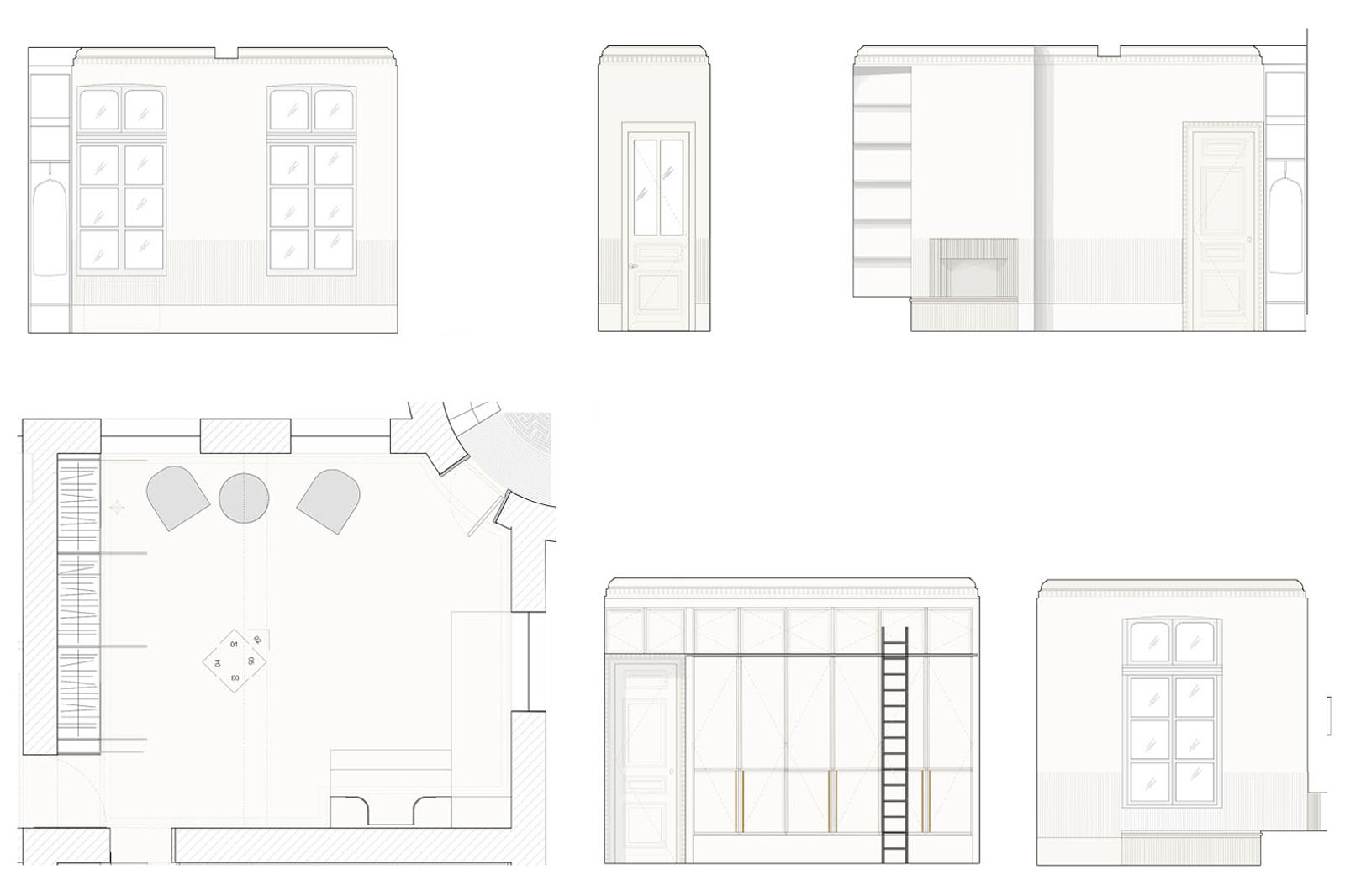 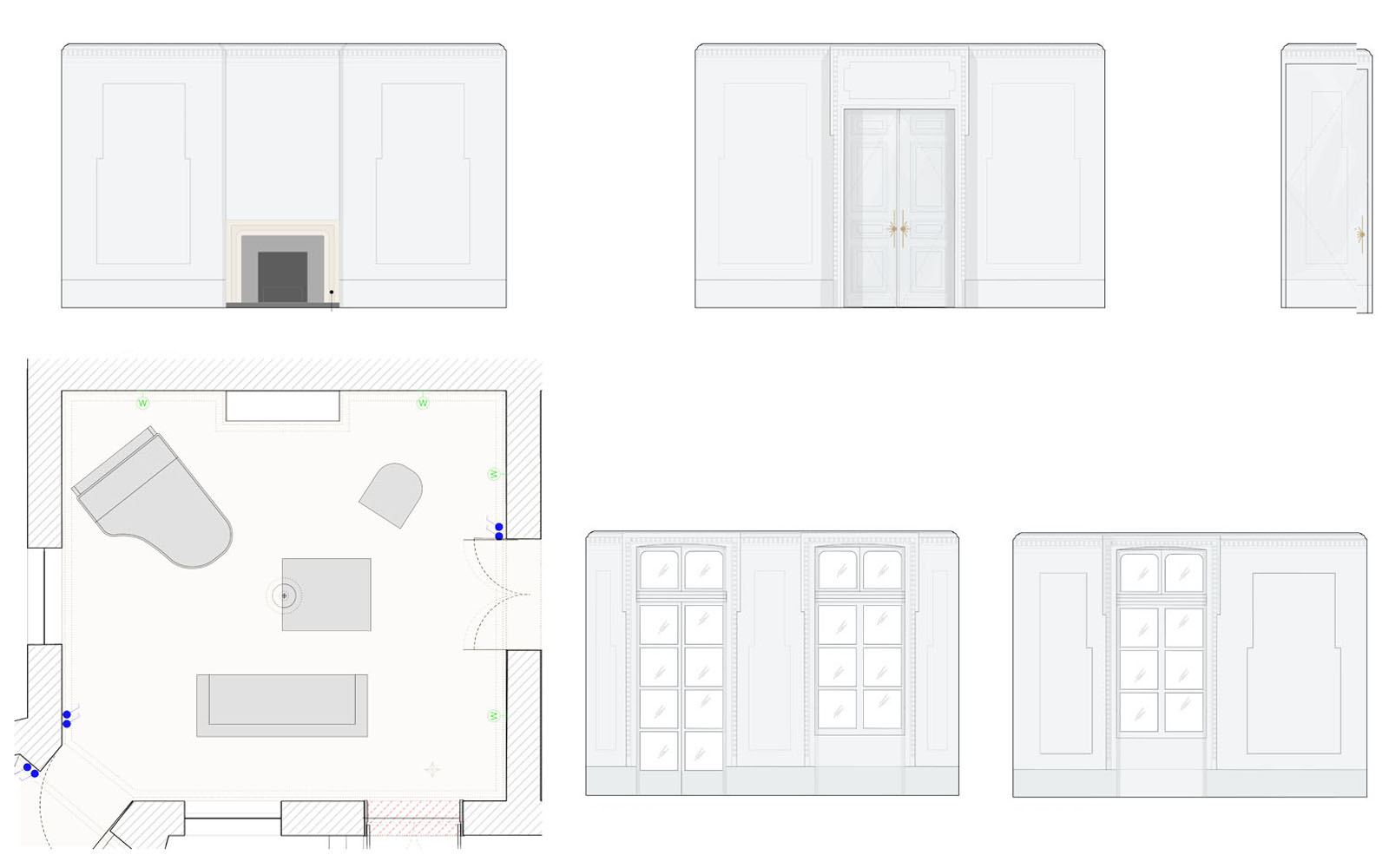 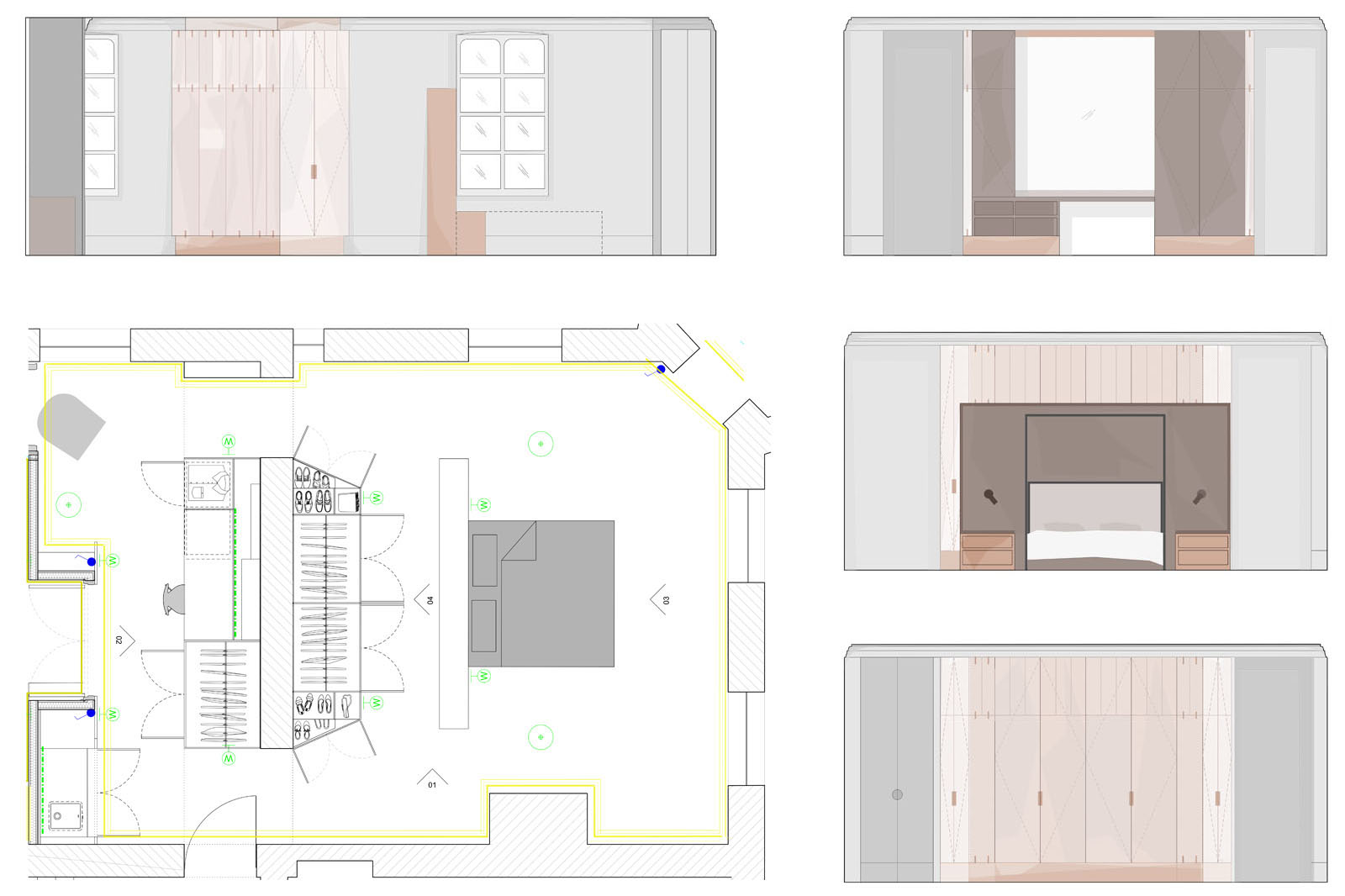 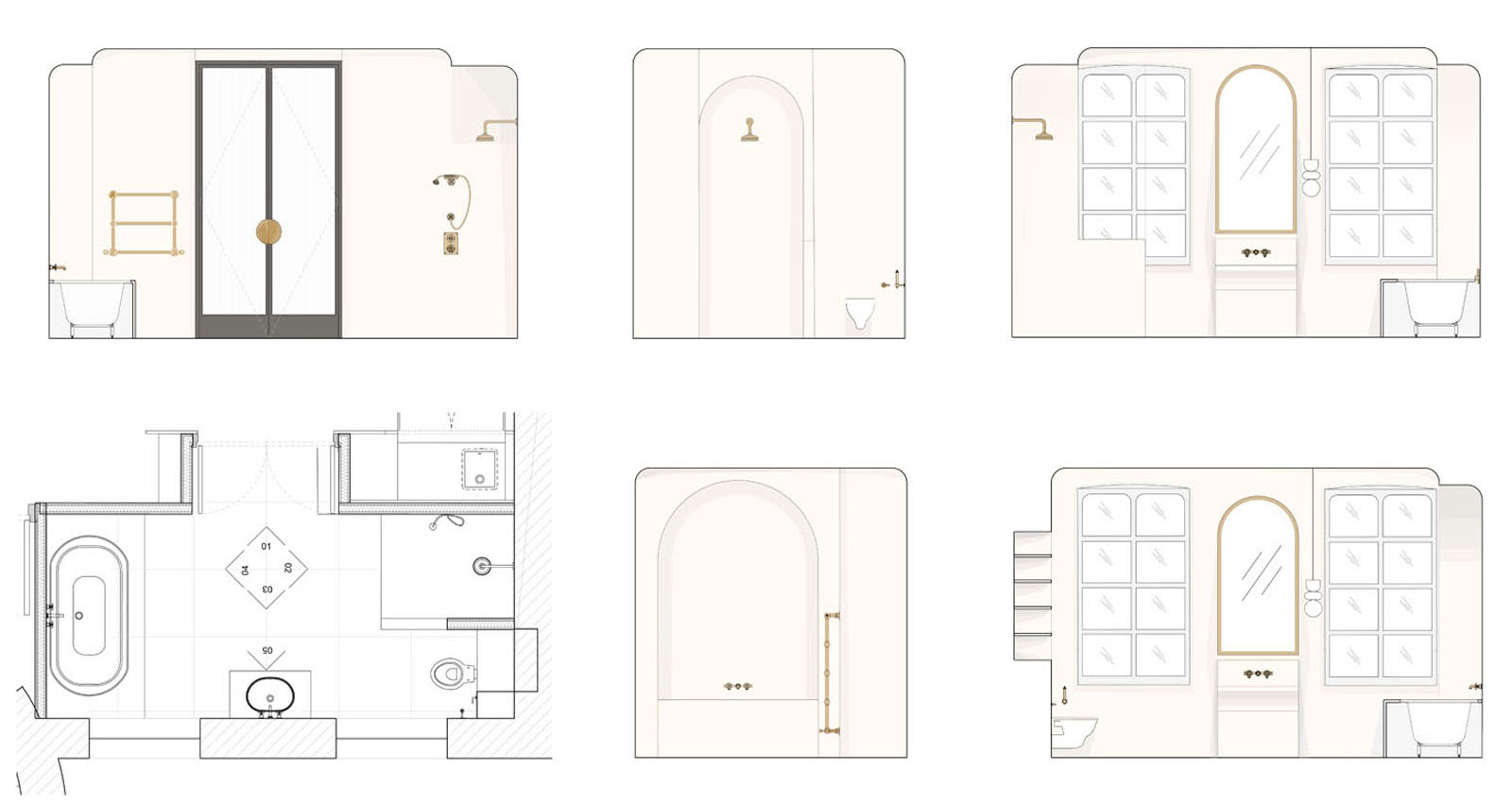 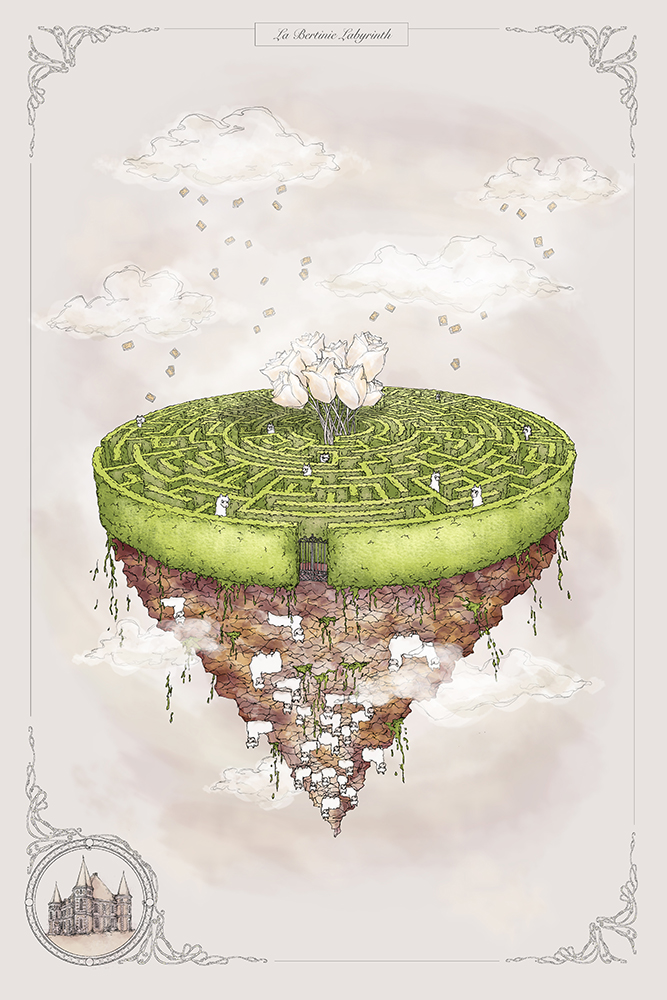