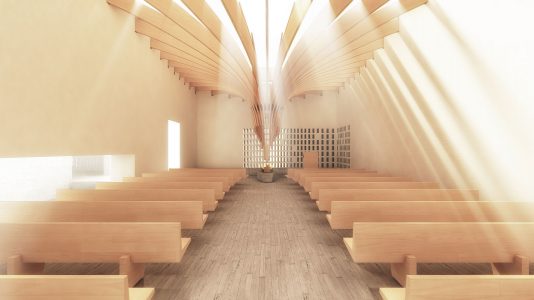 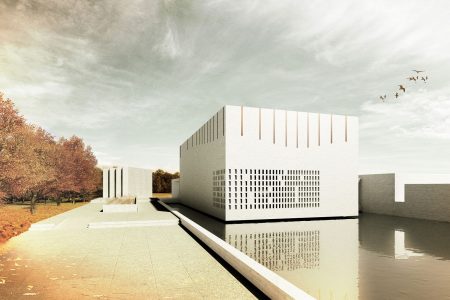 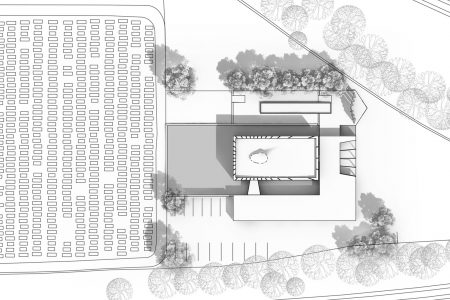 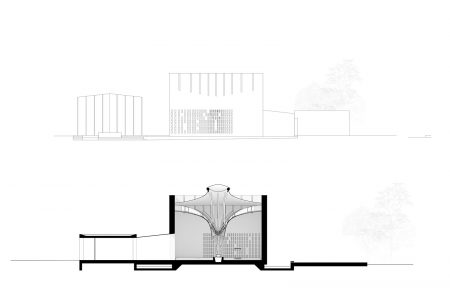 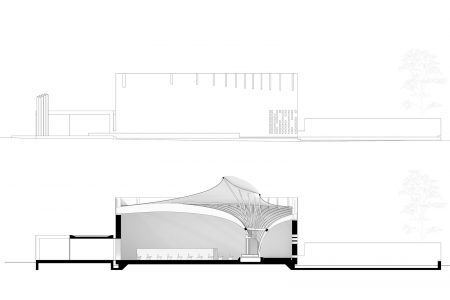 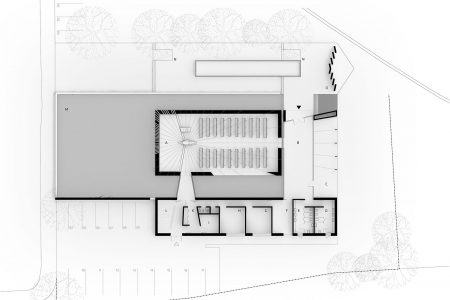 The design of the 1916 Centenary Chapel at Glasnevin Cemetery draws inspiration from the courageous actions during the Easter Rising in Dublin to establish an independent Republic Ireland. It commemorates the 232 people who died for the pursuit of freedom whilst also providing a peaceful space for grief and remembrance of recently deceased.

Spaces Beyond the Physical Boundaries

Positioned south of the existing 1916 monument, the chapel is articulated as a calm and solid stone clad volume surrounded by a water basin, gaining a strong external presence and becoming the main feature of the cemetery. Detailing of the external envelope hints at the internal configuration, without revealing the protected spiritual areas.

Each of the 232 victims of the 1916 Rising is represented by an opening in the North West corner of the external envelope of the Centenary chapel. The openings find an ephemeral counterpart in their reflection of the water surface referring to spaces beyond the physical boundaries of the chapel establishing a nonmaterial link to the ground where the victims are buried.

Desire for Freedom Translated into Architecture

The chapel space is conceived as a vessel of light. Surrounded by thick and protective walls, the light of the interior is a quiet reflection, large, balanced, and mild. Natural light enters the space from above, filtered through a fabric roof that is held in space by an elegant timber structure, formed by curved radially arranged timber beams. This contrasts the heaviness of the walls and appears to float in the space, drawing inspiration from the wings of a bird in flight and translating the desire for freedom into an architectural gesture. Thus, by its metaphorical lightness and freedom the roof structure, like the water basin outside, dissolves the physical boundaries of the chapel enclosure and refers to spaces beyond. 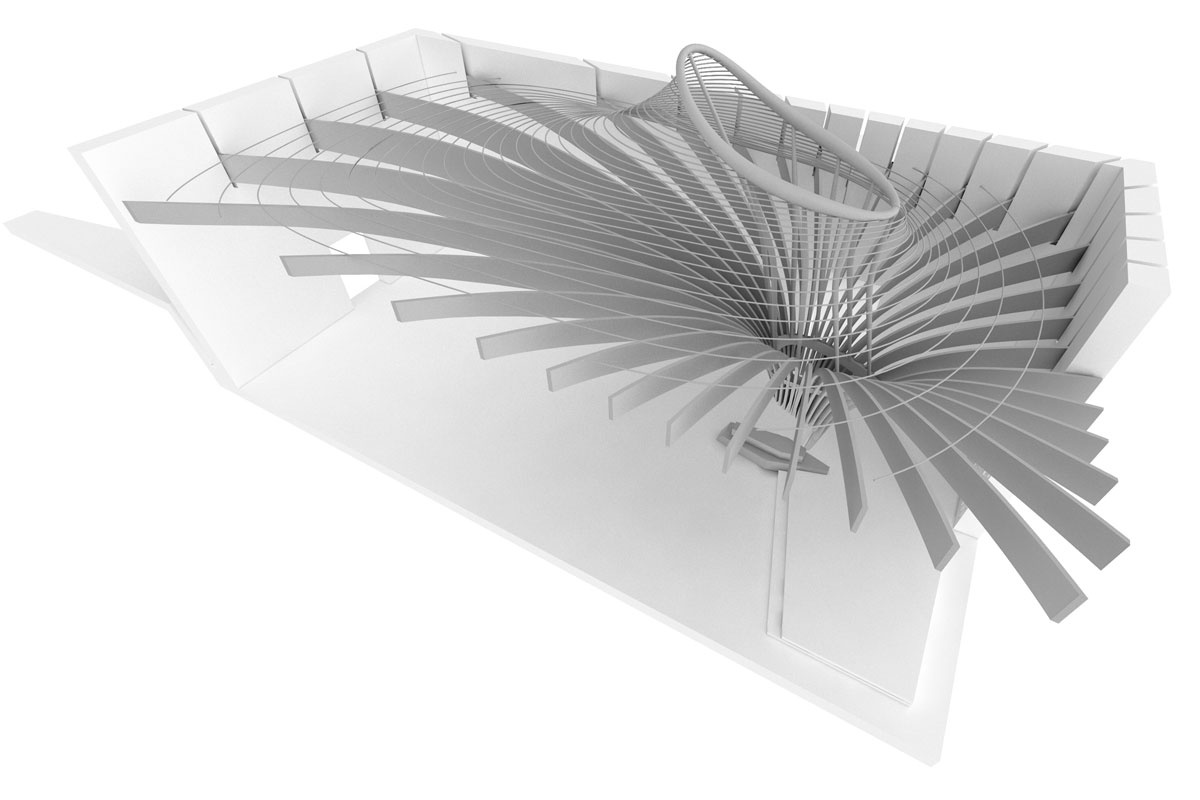 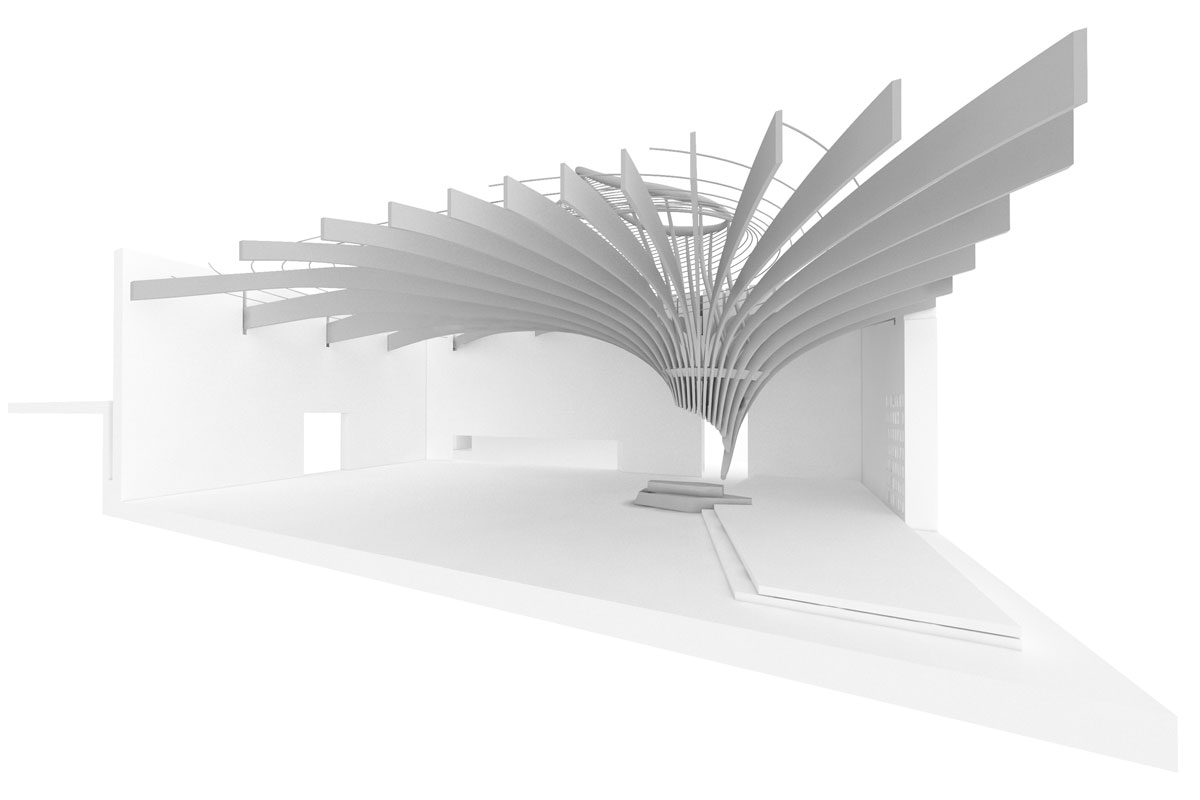 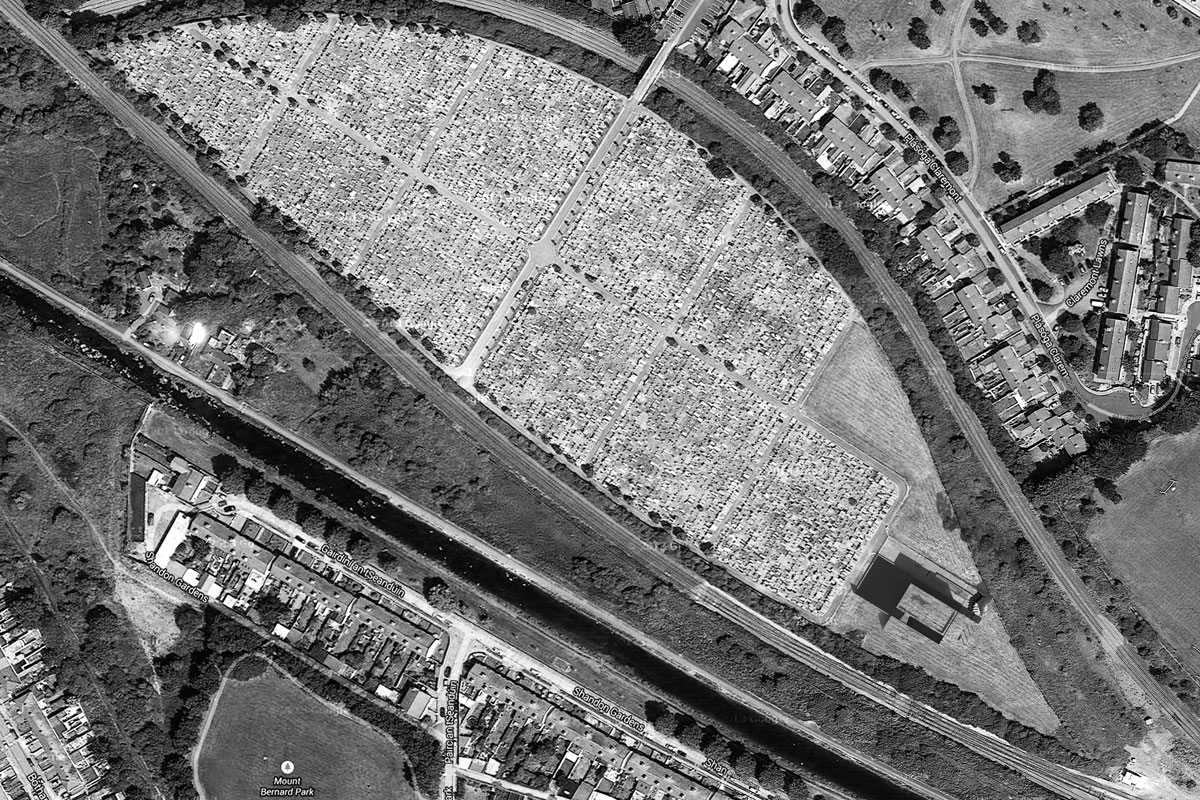