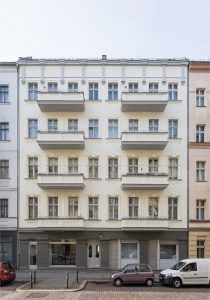 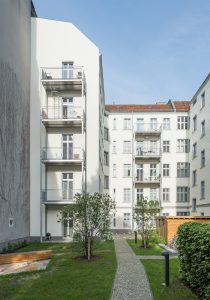 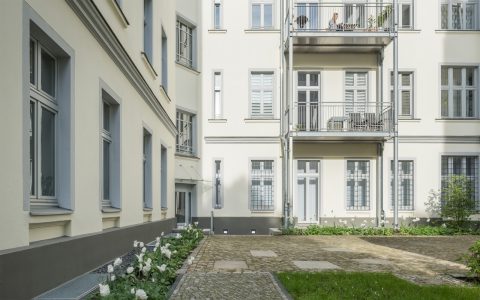 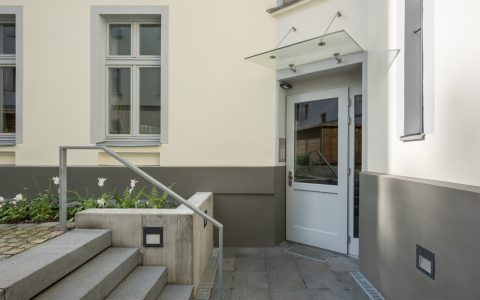 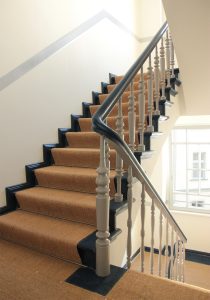 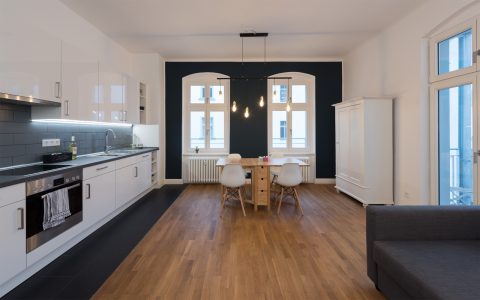 The first phase of our Masterplan for a sustainable urban quarter in Berlin’s Wedding district is complete. The refurbishment of Berlin apartments of Oudenarder Straße 29 transformed a typical utilitarian Wilhelminian building into a modernised apartment block that engages with the outdoors.

Wilhelmenian blocks became prevalent in Berlin in the late 19th century as the city industrialised and people swarmed to there for work. Rising to four or five storeys, this building typology dominated as it offered cheap living space and accommodated more people per square meter, preventing sprawl away from the city’s centre. As well as being relatively high-rise for the time they were constructed, these blocks were generally horse-shoe in plan, to offer more light and ventilation to their occupants – the horse-shoe would be side on, with one street-facing block, and the other two facing inwards on to a cobbled communal courtyard.

This is not the first time our particular block has been renovated. Oudenarder Straße 29 was refurbished in the ‘60s or ‘70s to improve kitchens and bathrooms. Patalab’s scheme modernises the apartments once more, overhauling the whole building to update the original fabric’s performance as well as reorganising flats according to contemporary spatial priorities. However, one of the most important changes is the addition of balconies around the newly vegetated courtyard.

As city living has evolved courtyards that were once designed as practical spaces can now be reconsidered for recreation and relaxation. Neighbourly conversations and children’s games that the open-air central space facilitates are no longer incidental but are considered in the design as seating and a playground are placed within flowers, grass and trees. Whilst the courtyard still provides light and fresh air, the landscaping creates better views to overlook and the apartments’ new outdoor space, generated by the addition of balconies, means that there is more interaction between the private interiors of the flats and the communal exterior below.

Oudenarder 29 is part of a larger scheme overseen by Patalab that aims to create a sustainable quarter of high-quality living, working and recreation. The next stage of our Masterplan is the renovation of Reinickerdorfer 65 & 66, two similar buildings within the same city block which will gain even better green space as well as gallery and commercial space. 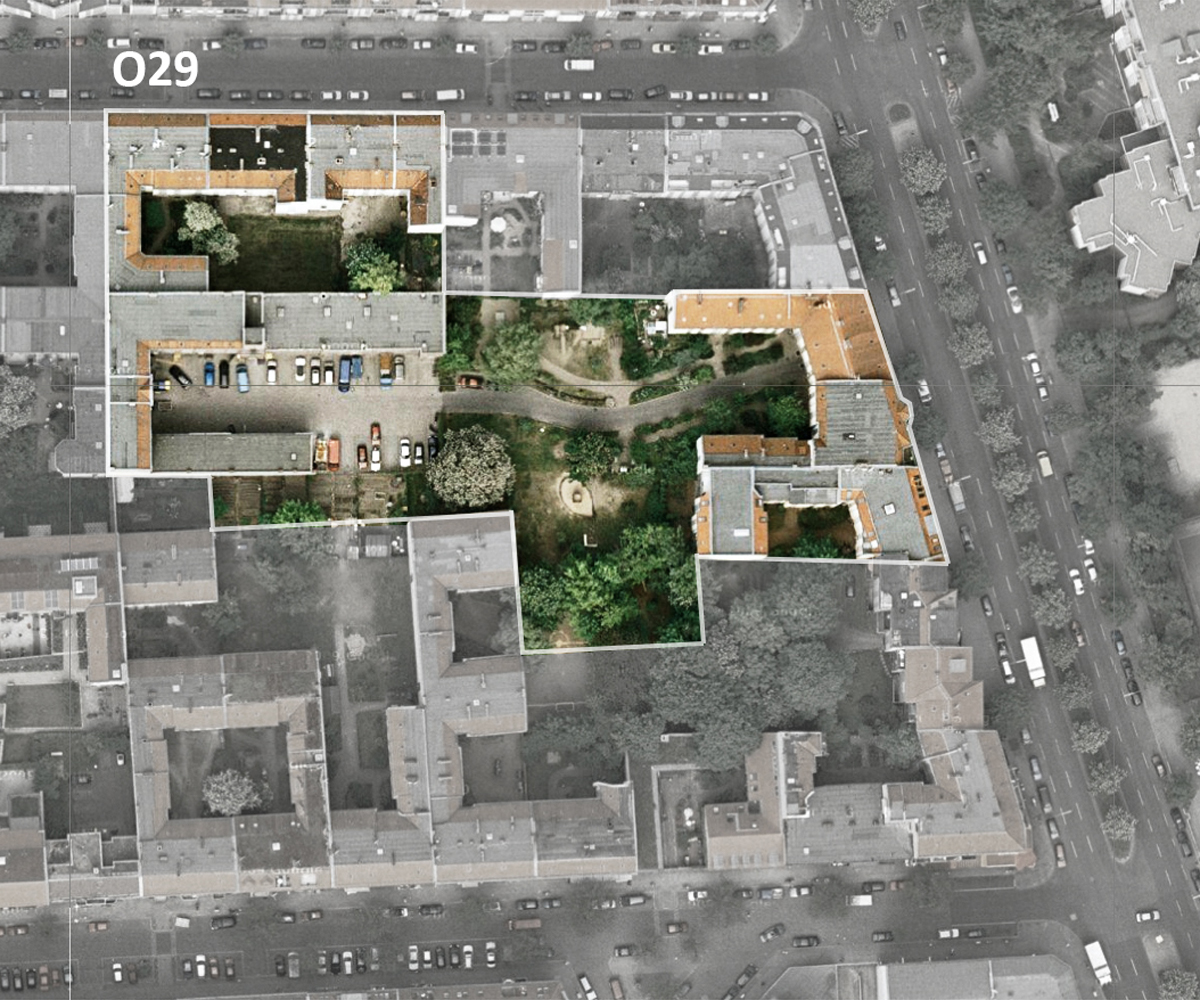 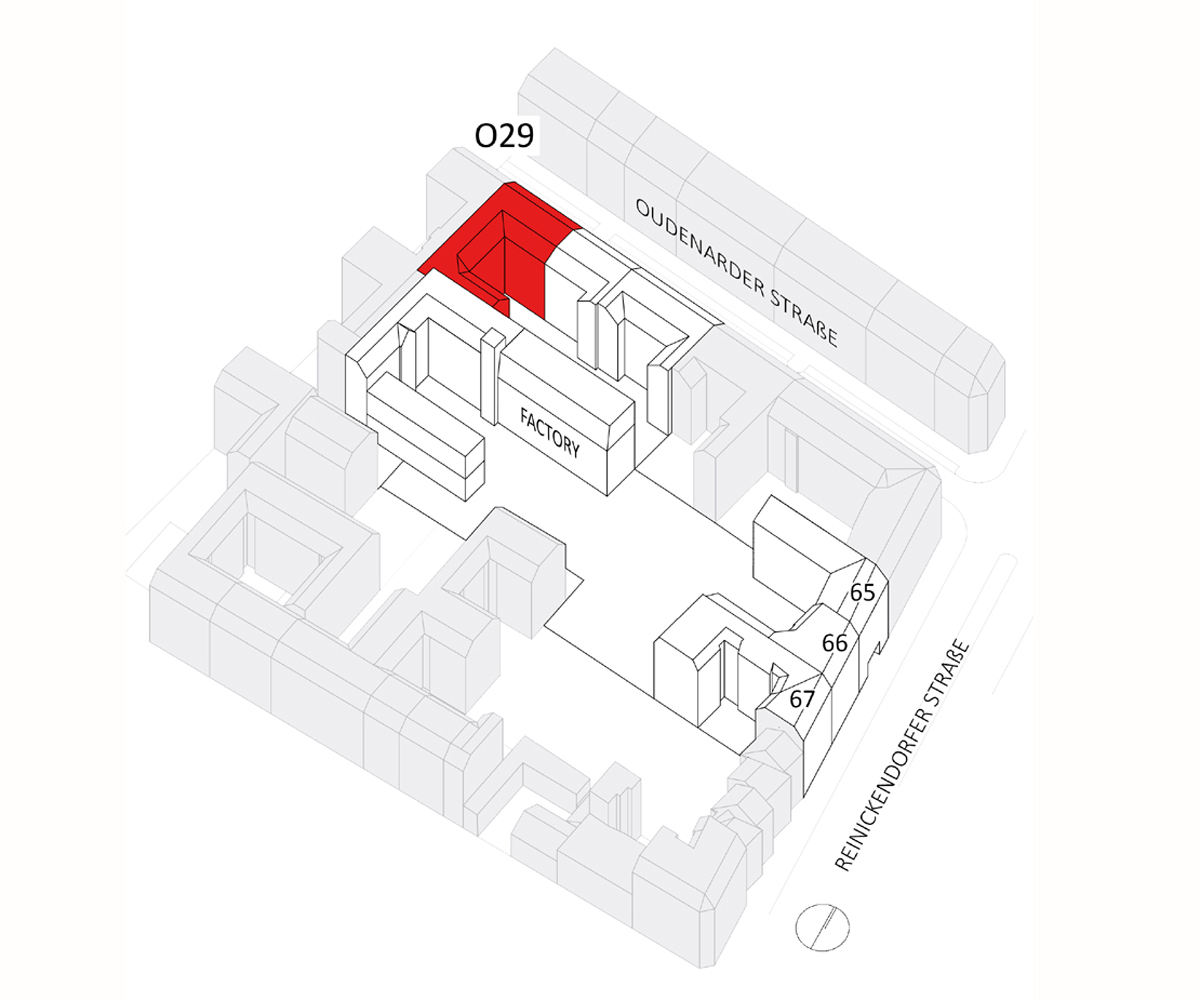 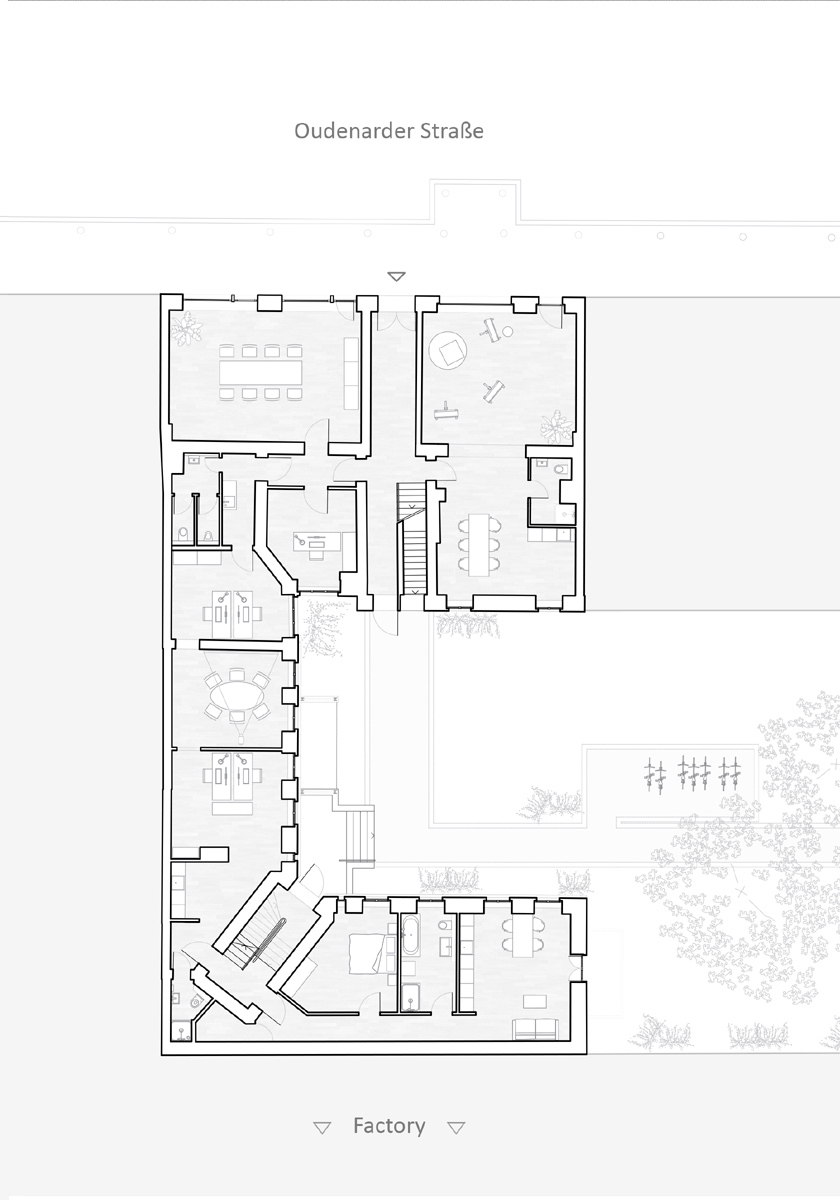 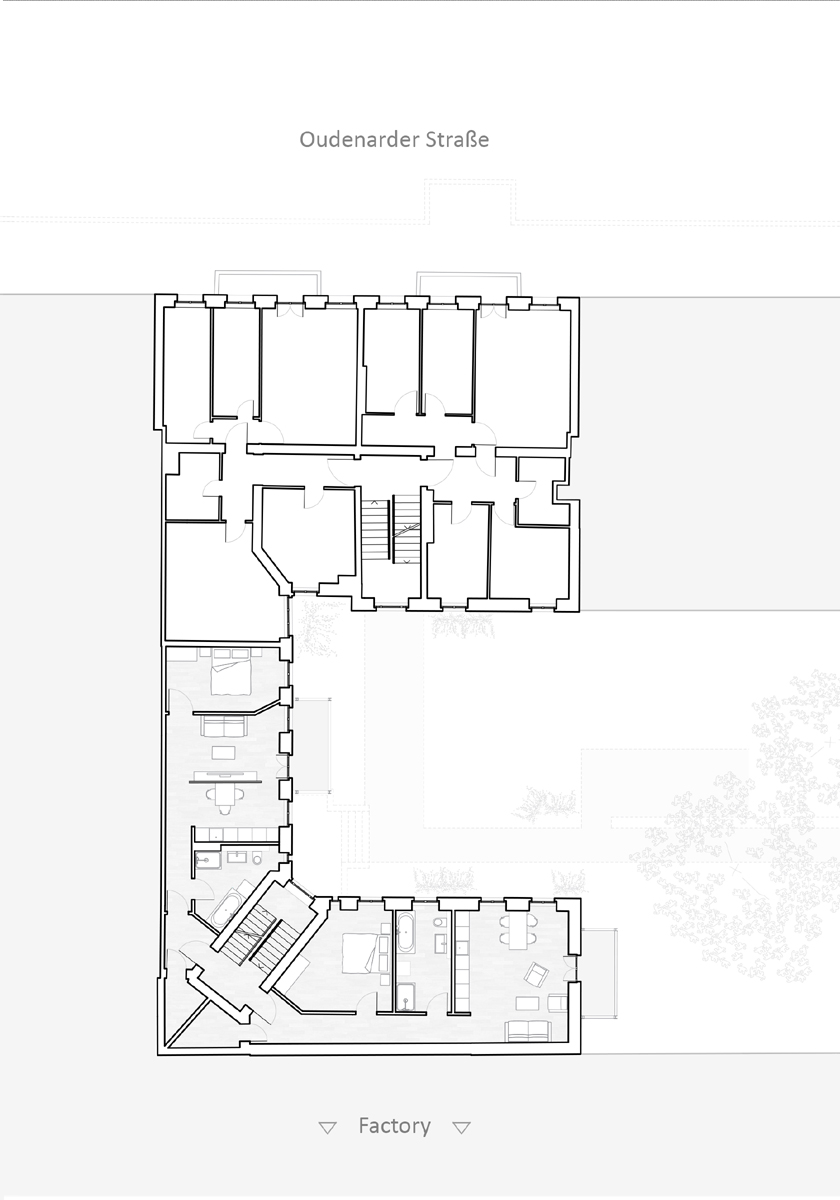 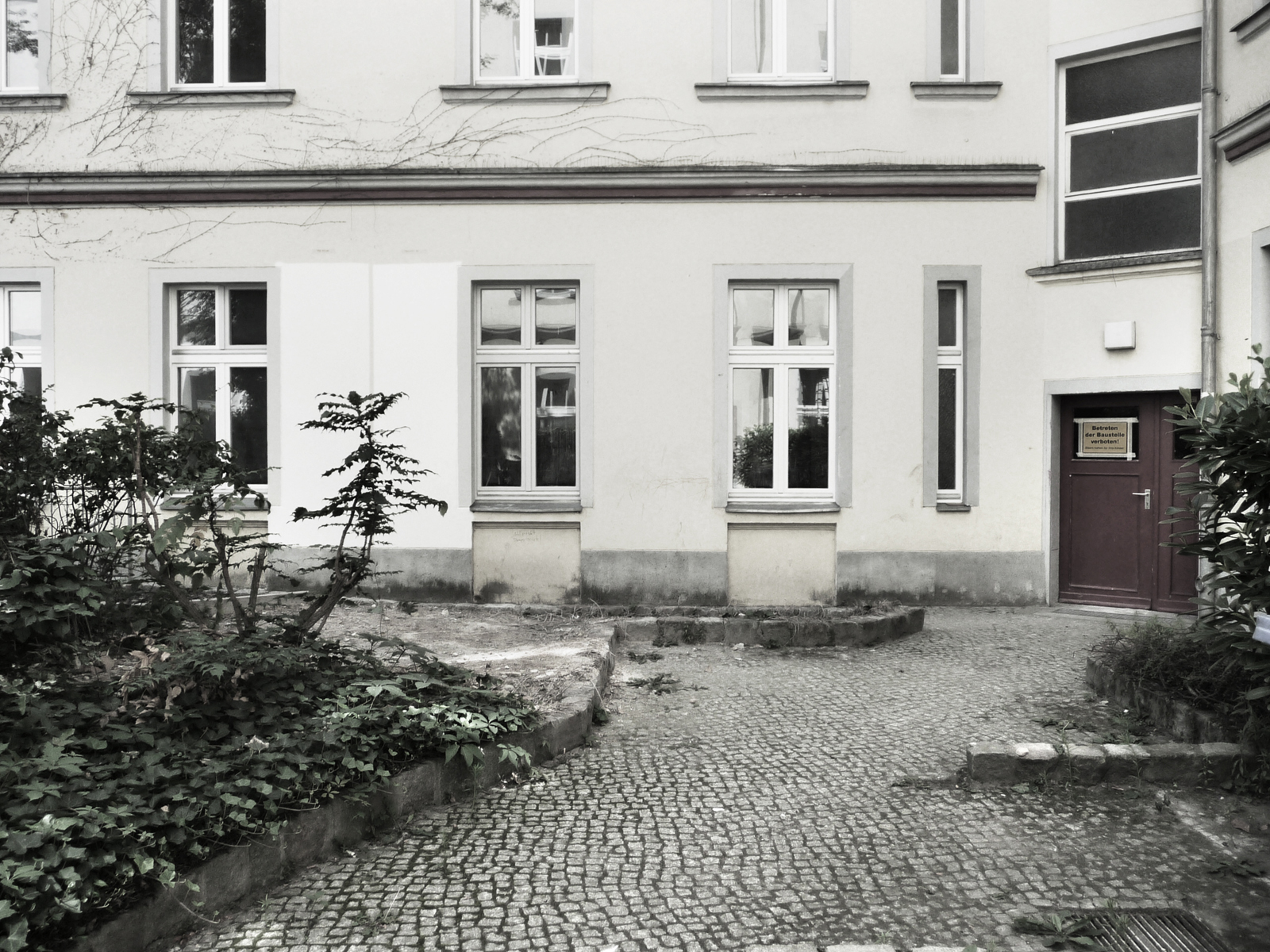