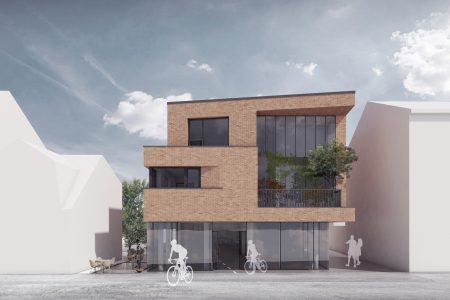 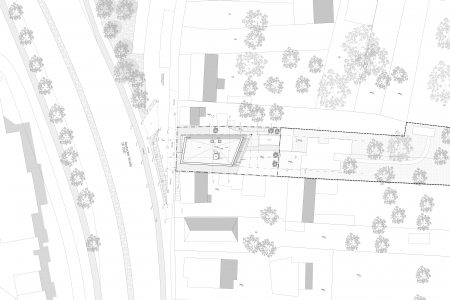 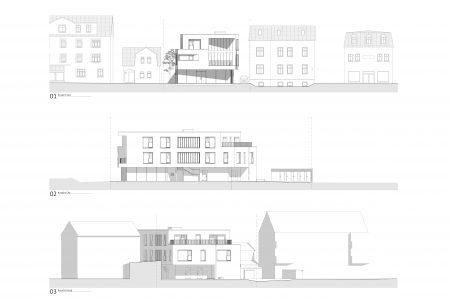 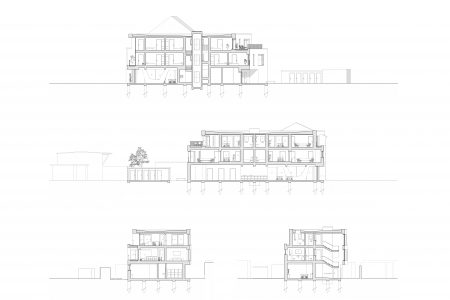 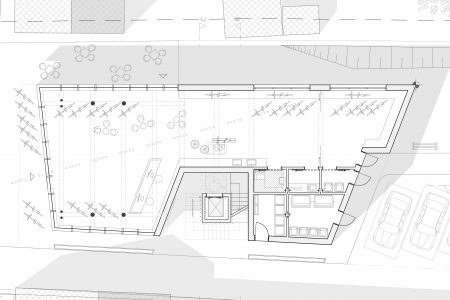 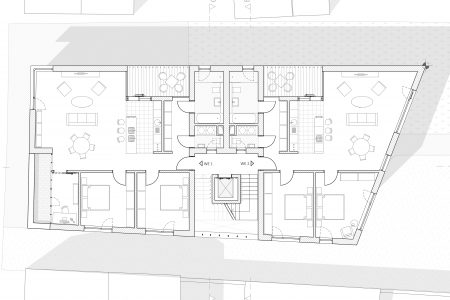 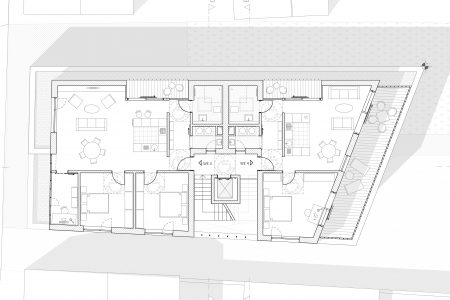 Located on a narrow but long empty plot on Rostocker Strasse near the city centre of Neubrandenburg, in Germany’s Mecklenburg is the site for a new build three-storey proposal. In the immediate vicinity are the medieval city wall, the historic Vierrademühle and the Treptower Tor - one of four city gates, built in the style of the north German brick Gothic. Patalab Architects' design idea is to conceive a contemporary building with high design ambition that on the one hand integrates into the surroundings and on the other hand shows its independence as a distinctive structure.

Accommodating a bicycle shop on ground floor and four apartments above, our design offers a modern approach to infill the gap in the city block. It responds to the small scale urban context in proportion and massing whilst facade arrangement, internal spatial configuration and materials accentuate the contemporary nature of the scheme. Neighbouring properties, primarily erected in the last century, are characterised by rendered facades with relatively small windows and clay-tiled sloped roofs. In contrast to this a sculptural brick building is proposed, responding in its materiality to Neubrandenburg’s historic buildings. The floor-to-ceiling glass facade of the ground floor commercial unit provides a further reference to the city center - it is slightly rotated from the street and thus more oriented towards the city center.

The apartments on the upper floors are accessible via a central staircase with elevator. They have open floor plans that receive daylight from three directions and connect with the outside via terraces. To the south to Rostocker Strasse, a deep window area, which extends over two floors, forms a striking street facade. 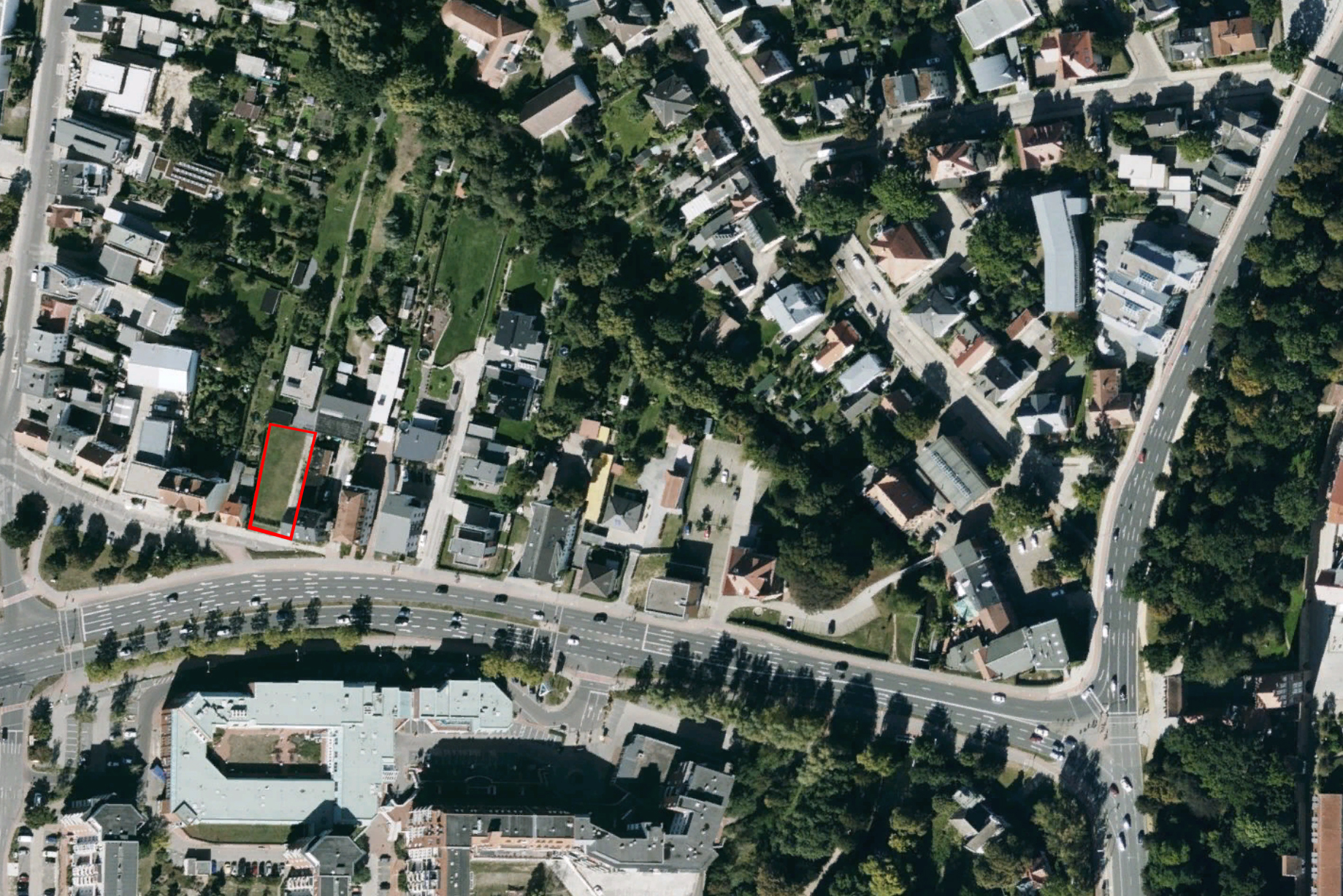 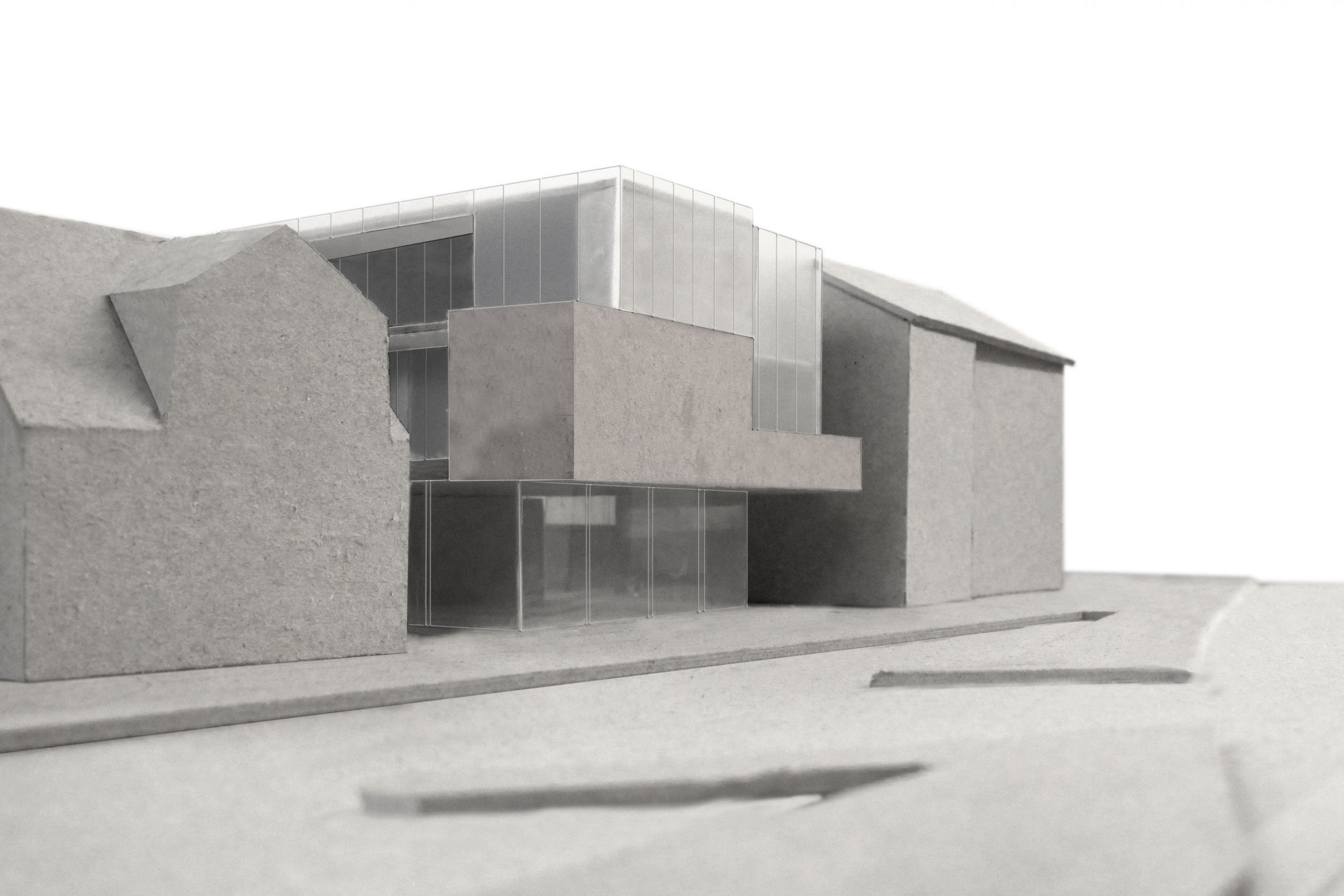 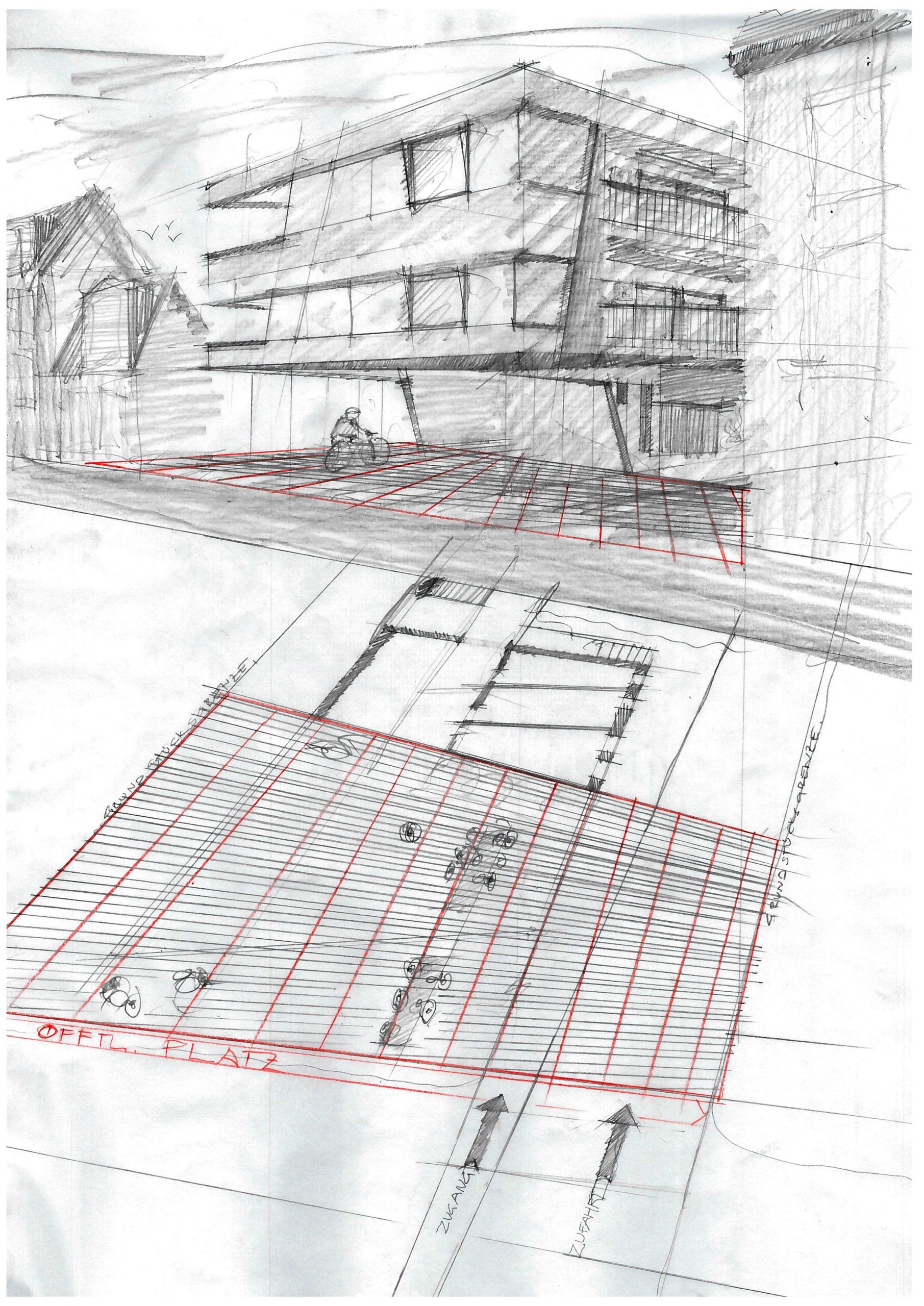 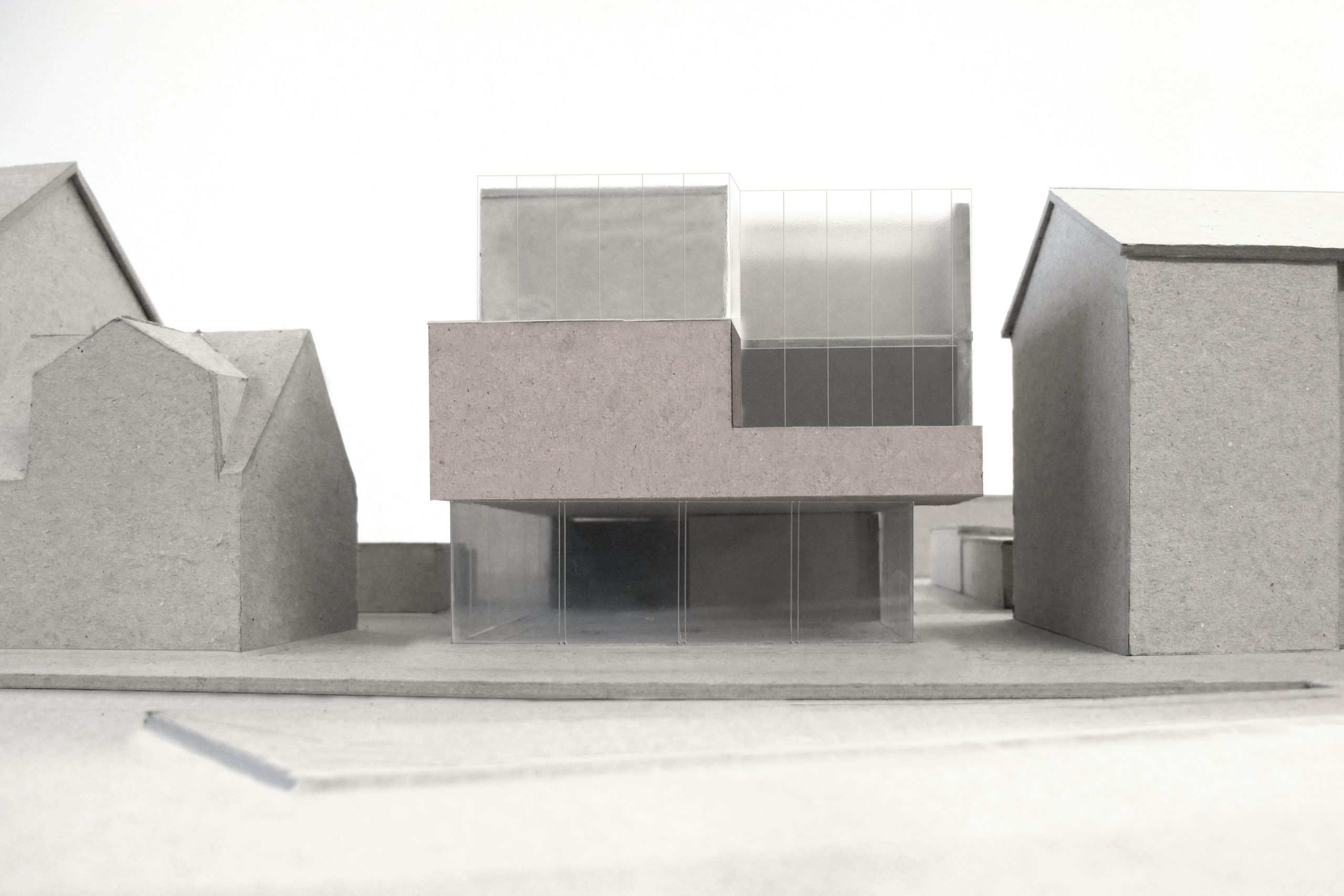 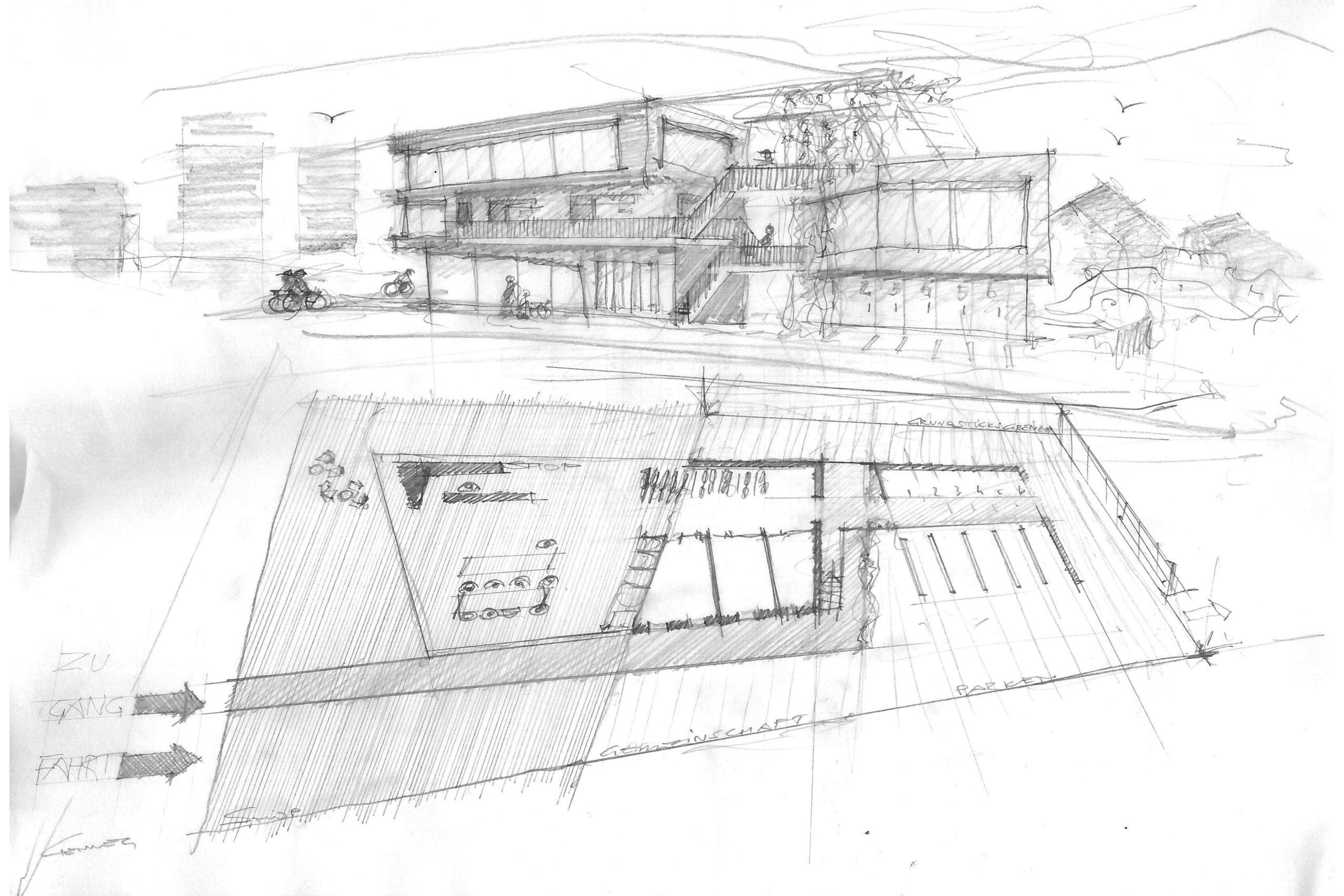