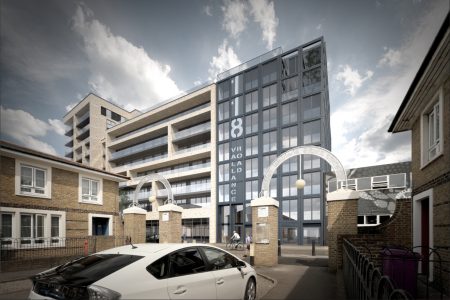 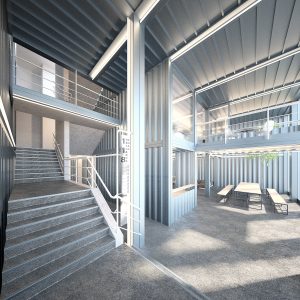 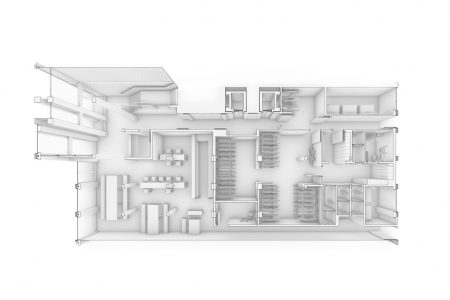 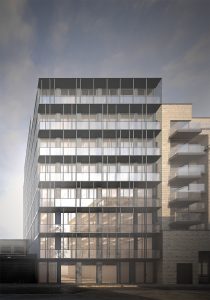 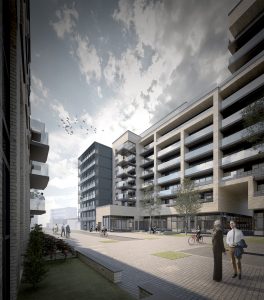 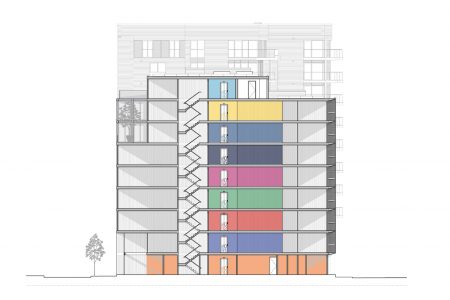 118 Vallance Road, an East London new build office development designed by Patalab, has received planning permission from London Borough of Tower Hamlets. Fabricated offsite from reclaimed shipping containers, at nine storeys (26m tall plus lift overrun) this office project will be the tallest shipping container building in the world. Situated in the Whitechapel hinterland, the key driver has been to ensure that low build cost is paired with good design. Specifying container construction, we are able to achieve this; exposing the raw structure where appropriate, yet maintaining the appearance and longevity of a permanent addition.

Vallance Road, once the address of the Kray Twins and their gang, is undergoing regeneration and the area has already changed immensely since mid-century gangsters reigned supreme - densely built terraces housing indigenous cockneys have been replaced with larger housing typologies, however until recently the industrial buildings that once provided employment for the two-up-two-down inhabitants has remained. As industries decant to sites further afield, plots have become available for commercial space to employ the new generation of local residents.

The commercial popularity of container construction and its intrinsic aesthetic has already been demonstrated in the same part of the city by projects such as Containerville (Cambridge Heath) and Box Park (Shoreditch High Street). Both of these examples have distinctive branding that embraces their appearance as containers, and this aesthetic is something that we aim to achieve in the interior treatment of the scheme - we propose a colour scheme based on freight companies and walls lined with corrugated metal. Externally, the module of the boxes will be expressed in the form of a gridded facade, however, the raw nature of the containers will be treated with a unified cladding and softened with glazed balconies and planting.

An important aspect of the development is the focus on sustainability, resulting in a BREEAM rated ‘excellent’. Aside from the fact that the structure is almost entirely recycled, photovoltaic cells will be incorporated on the roof. Alongside sustainability, an ethos of affordability and flexibility is hardwired into our design. Located just outside the City and away from Silicon Roundabout, the offices benefit from being well-connected but with the lower rents afforded by Whitechapel. Combined with the economy of pre-fabrication, the construction cost will total around 30% less than traditional techniques, unlocking the viability of the site and enabling young businesses to flourish. 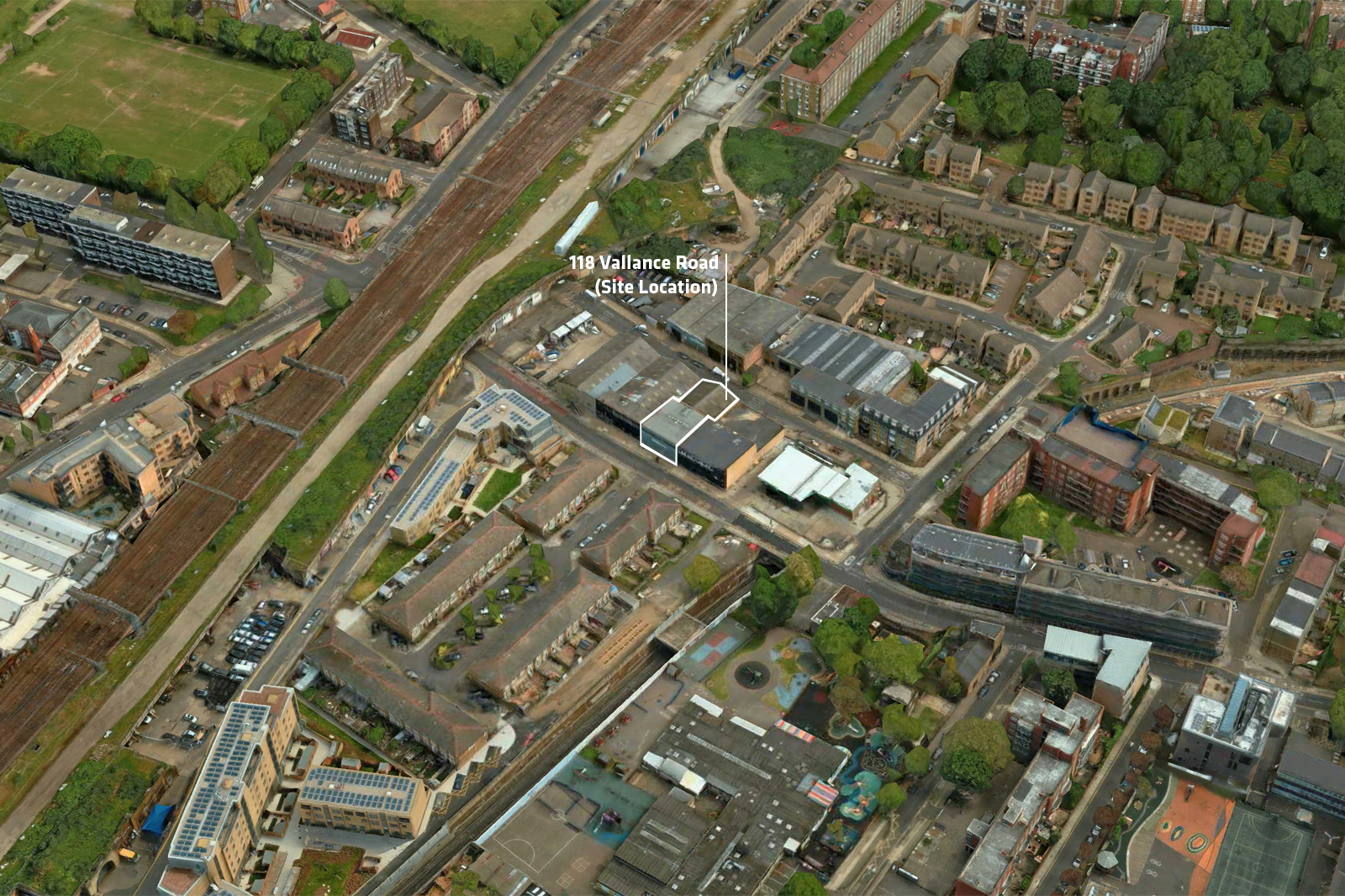 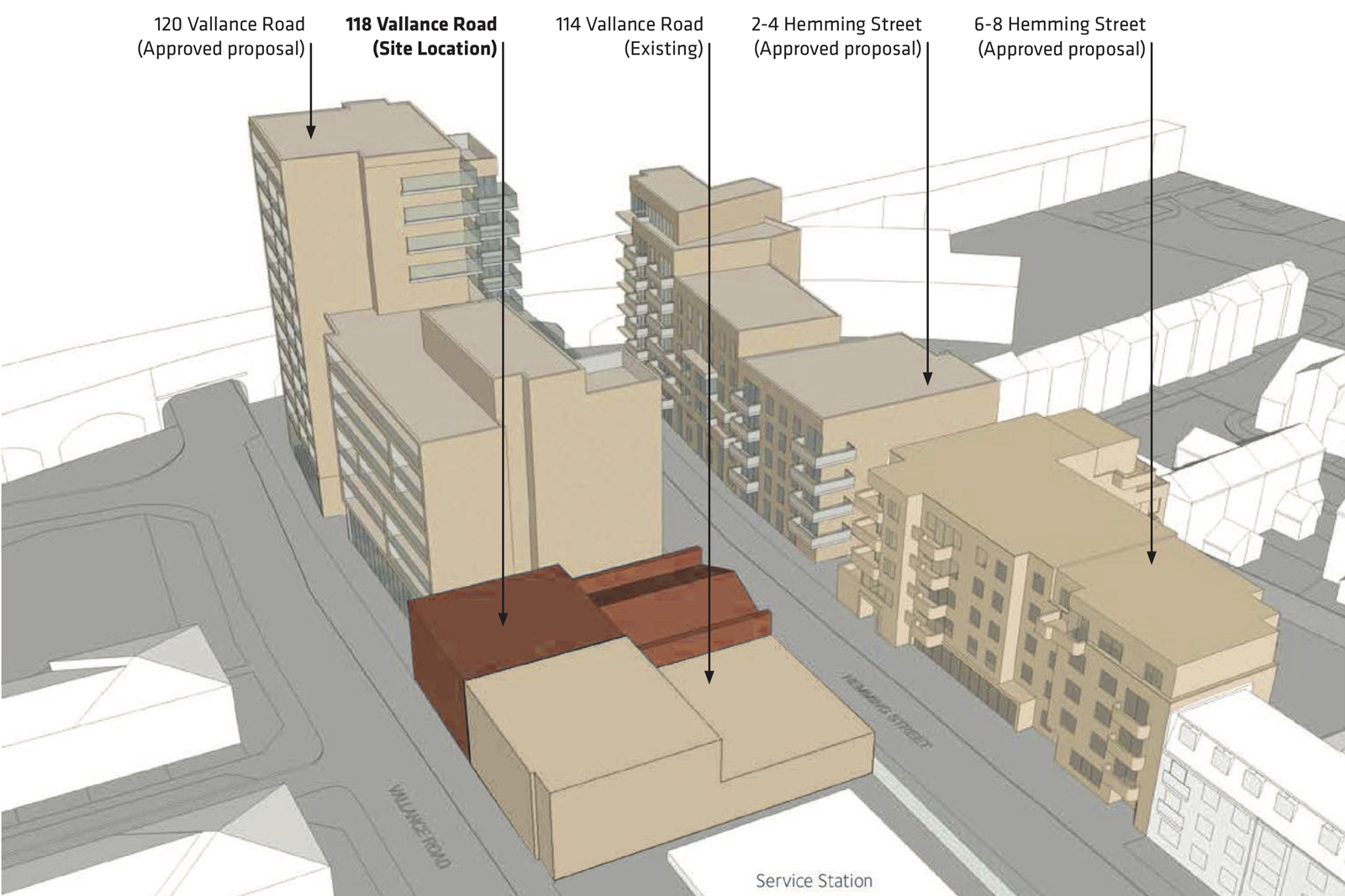 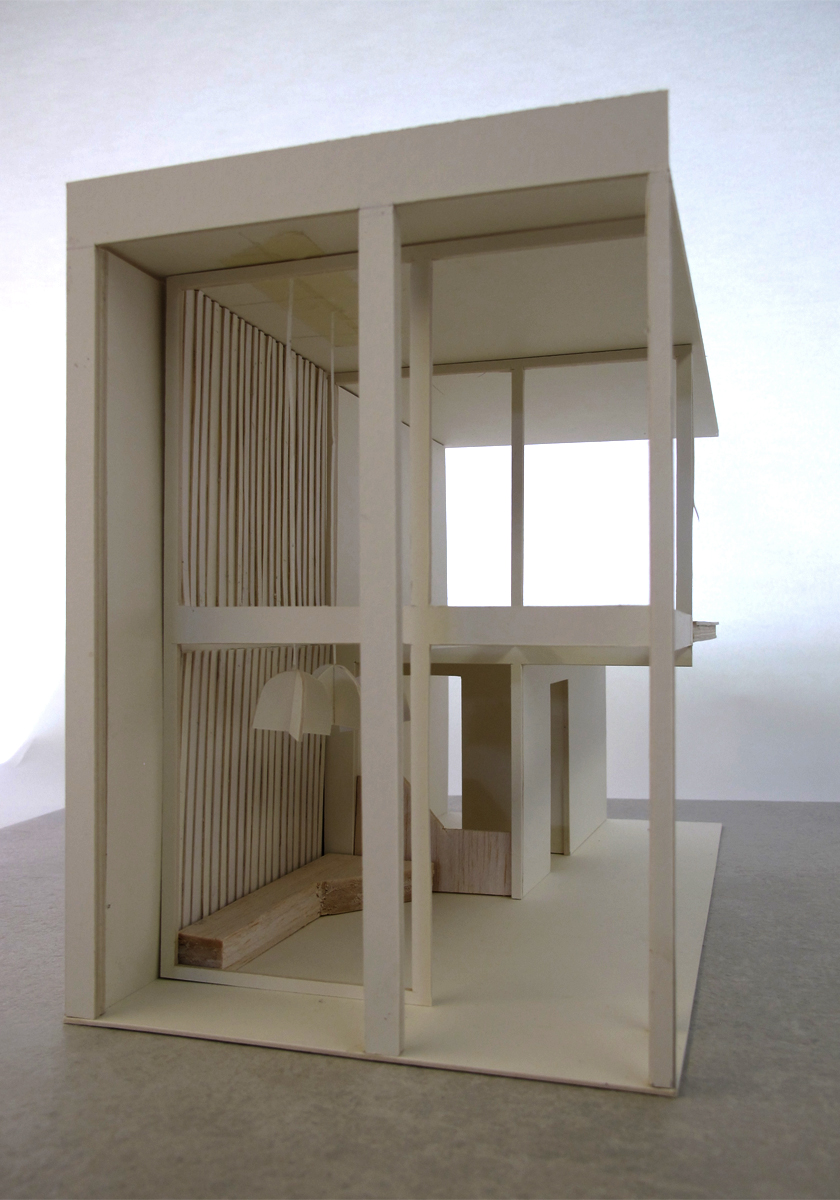