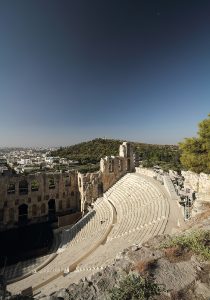 Office trip to Greece’s capital with frequent ascents and descents 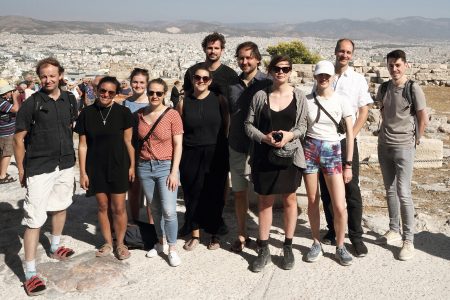 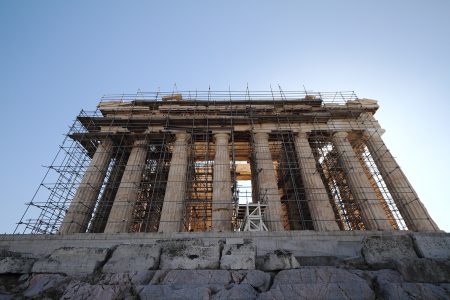 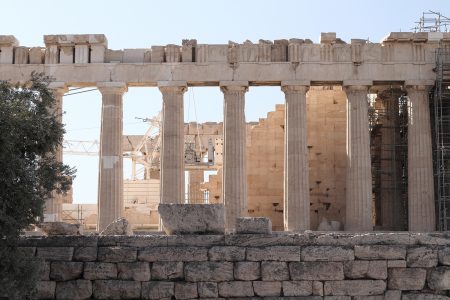 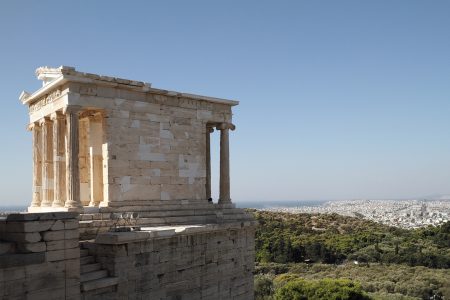 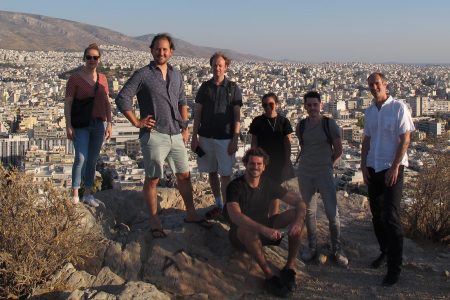 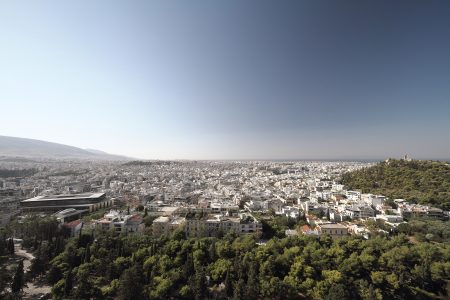 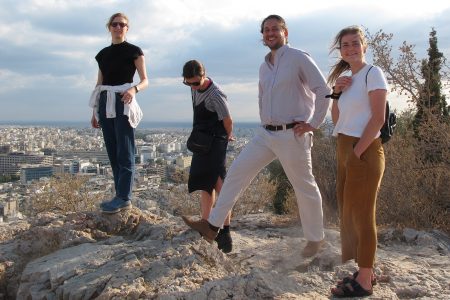 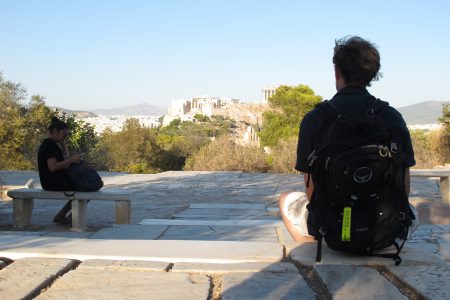 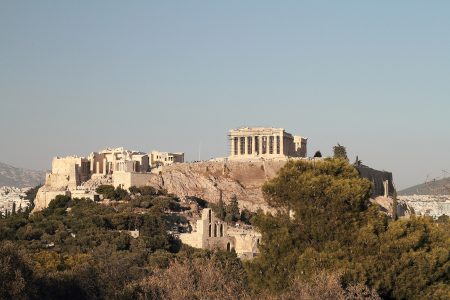 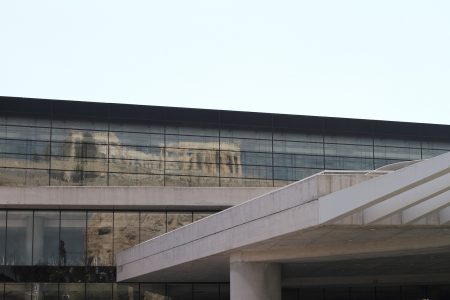 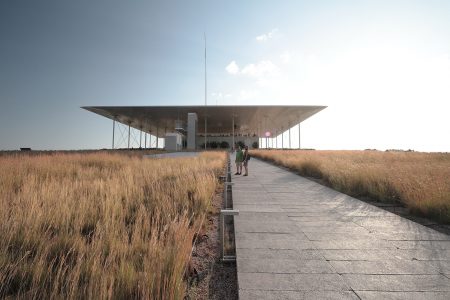 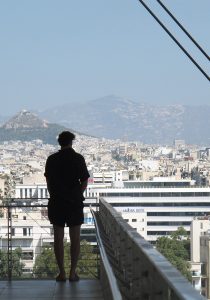 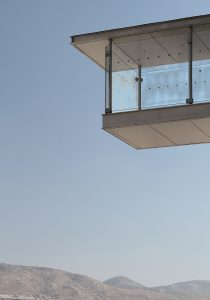 Once again Patalab London and Berlin were reunited to catch up and explore another city together. This time our destination was Athens where we roamed around for three days taking in both the 'must-see' historic sites (and their accompanying museums) and the capital as a city. Penned in between the mountains and the Mediterranean Sea, Athens is punctuated by several hills of its own, three of which made it on to our itinerary.

Our first ascent/descent of the trip was the Filopappou Hill which is the home of an ancient monument of the same name, yet it was the journey up and down that particularly interested us. Facilitated by Greek Modernist Dimitris Pikionis’ intricate pavement, the path is formed of a robust mosaic of monument scraps rescued following the country's civil war in the 1940s and demonstrates a dedication to the past as each piece was laid manually, stone by stone.

At the top of this hill we saw our first aerial view of the city, taking in the sandy coloured Mid-century low-rise apartment blocks peppered with the terracotta roofs of older buildings and interrupted by patches of park land and the most famous hill, the Acropolis.

Having eyed it up the following day, not just from an elevated view but from our apartment terrace and numerous other points in the city, we dedicated our second day to the Acropolis. We visited it in the morning and then mentally revisited it in the afternoon with a trip to the Acropolis Museum at the foot of the hill, designed by Bernard Tschumi. The original purpose of locating the citadel on top of a rocky outcrop was vantage and safety as well as consecration and worship, but now the altitude exposes a tame chaos. The number of visitors is incredible and requires an army of cantankerous shouting guards to keep everyone in check whilst a mighty wind whips up the dust to cover clothes and infect eyes.

In contrast to this commotion, restoration activity was having a day off and the suspended winches and motionless cranes emphasised a more peaceful quality to the Acropolis. Although some may not appreciate the portacabins and scaffolding, the presence of this infrastructure emphasises that you are witnessing an emergence when you consider that the ratio of bright white, crisply carved marble to yellowed crumbling stone is slowly mutating.

Whilst the UNESCO site was sensational and more than just some well-proportioned ruins, the Acropolis Museum was less impressive. Tschumi's building felt more like a hangar or massing model filled with (or making a point of missing) old sculptures. There was only so many replicas we could look at before sitting in front of the informational video became greatly appealing.

The Hill by the Sea

Our final hill was not a hill at all, but the sloped roof of the Stavros Niarchos Cultural Centre. Seamlessly extending from a new park also part of the same complex by Renzo Piano, this elevation offered more views back across the city and a closer perspective of the docks, beaches and sea beyond. Even though Piano located a futuristic temple with a glazed cafe at the centre it was so easy to forget that this mound was man-made - all the edges are softened with long grass that sways in the same aggressive breeze as the Acropolis. Unlike the other hills, we did not walk down the same way we walked up, but ruined the illusion by taking a glass lift back down to the lobby between library and concert hall.

We did not spend all our time in Athens walking up and down hills and were lucky enough to meet with Greek friends who showed us places that we would not have found in guidebooks, and our last night was made special with the discovery that our apartment owners were also Architects, running Athens’ office Proplusma, who hosted a great traditional dinner following a presentation of their work. These inter-hill excursions gave us a better idea of city life which was more difficult to discern from the remote hilltops however the breeze, noise and curation of irregular stones animated Athens beyond still photographs, paintings or drawings (which is perhaps what Tschumi's museum is missing).