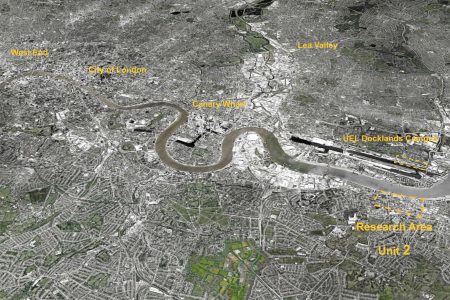 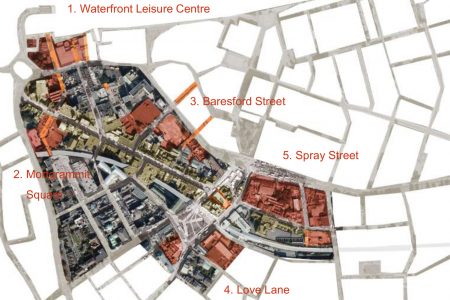 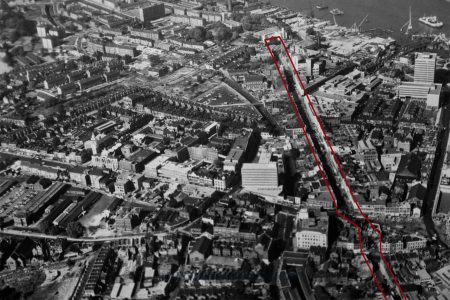 UEL MArch Unit 2 has a focus on designing buildings and architectural interventions in complex urban environments. We are using urban, landscape and architectural design methods to explore extremes of interrelated scales, from urban through to building and detail scales.

This academic year, we will focus on designing buildings and open spaces in Woolwich, South-East London. Within this location, Unit 2 will explore the guiding theme of Urban Play.

Woolwich is a local urban centre on the River Thames, and it was an important military town, for centuries. It is a densely build-up area with buildings of different sizes, functions and ages. The relocation of military functions and new Elizabeth Line station have led to rapid urban transformations and new developments that tend to follow commercial interests. However, Woolwich has a young and deprived population that is ethnically very diverse. Most new developments struggle to respond to the existing city and its people in invigorating manners. A lot of valuable architecture has been demolished and it is difficult for young and old to integrate in urban life.

During the 20th Century, architects, researchers and planning authorities have increasingly paid attention to different forms of play in cities, for adults but also for children. Unit 2 will explore the guiding theme Urban Play through designing buildings and open spaces that address different forms of playful activities, such as leisure, children’s play, sport, or civic engagement. This could enable either spontaneous or more structured forms of play that aims at brining all ages and people of different backgrounds together. Our interventions could enable new forms of socialisation for more personal and communal growth.

Woolwich was an important naval, military and industrial town, for over 300 years. During the 19th and 20th Century, the town centre developed around Powis and Spray Street. Both streets formed the commercial backbone to a diverse and densely settled urban area. Urban blocks were subdivided into smaller plots with three to five storey buildings of different size. This resulted in shops, warehouses, workshops and housing to be side by side and on top of one another. During the 1960s, the docks closed and industries moved away or declined. In the 1990s, the Ministry of Defence moved out of the Royal Arsenal, a large barrack site on the waterfront. Overall, Woolwich declined and showed multiple levels of deprivation, with high unemployment and derelict buildings. Immigration led to a very diverse and young population, nowadays.

Since 2000, the Royal Arsenal regeneration has led to new developments along the waterfronts and extreme contrasts between rich and poor. The recent opening of the Elizabeth Line station has increased overall development pressure with a series of high-rise constructions. The existing civic centre is very much alive along Powis and Spray Street, even though commercial functions dominate. In contrast, the backs of adjacent urban blocks still suffer from empty plots and dereliction.

Overall, there is an opportunity for Woolwich centre to turn into a more diverse civic space that is alive and a common ground for all people. Unit 2 will focus on five critical sites around Powis and Spray Street that have key strategic importance for the whole of Woolwich. As Powis and Spray Street are currently somehow isolated, the locations have the potential to form crucial links to wider contexts. We will question current development practices and will engage in a range of spatial and social questions, exploring alternative ways of city making with more refined architecture and social programmes.

“While it is natural and necessary for architects to concentrate on the building itself, the bright light of this focus often eclipses the surrounding world, darkening the very horizon that grants the building its standing. Anyone who stops to think about it knows perfectly well that individual settings are always interconnected with and dependent on the horizon that transcends them, sewn into the fabric of rooms, buildings, streets, towns, and nature.“

“We said that play was anterior to culture; in a certain sense it is also superior to it or at least detached from it. In play we move below the level of seriousness; but we can also move above it - in the realm of the beautiful and sacred.“

“I like to think of playgrounds of a primer of shapes and functions. Simple, mysterious and evocative: thus educational. The child‘s world would be a beginning world, fresh and clear.“