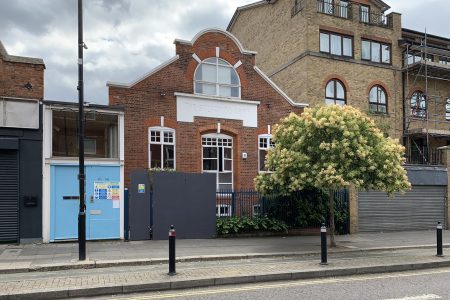 School for children with autism will occupy Patalab designed conversion 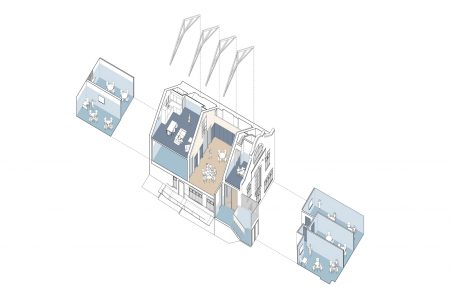 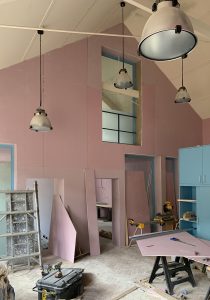 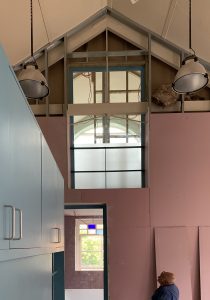 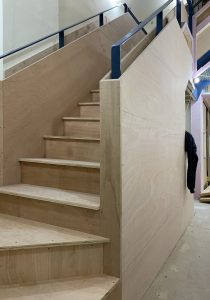 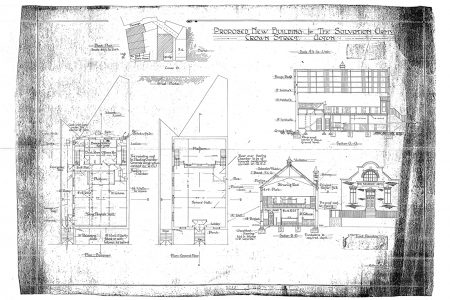 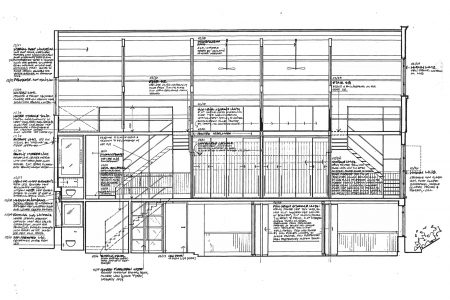 Starting life as a purpose-built construction for the Salvation Army in Acton, West-London, we are witnessing philanthropy return to the building as our office to school conversion for a charity-led SEN school is progressing on site. The Patalab designed retrofit balances retention and re-use of existing building fabric with a very specific spatial and aesthetic brief. The final product will be a safe and welcoming learning environment for children with autism.

The building, located off Acton High Street, was last converted in the 1990s to create open-plan office space, developing a very distinctive character - late twentieth century steelwork forms mezzanine levels at either end of the Victorian brick walled and timber herringbone-floored hall. Our design for the office to school conversion adds a further layer to this composition as the space is reconfigured to create a staff rooms on the upper floors, new classrooms directly below with the retained double height space at the centre forming a communal use as the school’s assembly hall. The lower ground floor, which was originally built as a secondary hall, will also be converted to learning and leisure spaces.

This lamination of use is particularly evident at the moment as metal frames are only partially covered in plasterboard and acoustic insulation is exposed. Following design guidelines for a specialist school such as this, as well as meeting fire protection requirements, means that many of these revealing moments will be covered up and plastered over. However, once completed there will still be some areas where 90s or Victorian fabric is evident including the original timber flooring used in the assembly hall and the staircases where metal handrails defiantly protrude from new plywood balustrades. Our design reuses the existing dividing sliding door system, relocating the doors to mezzanine level or building redundant doors into the partitioning, to further reduce the travel of sound between classrooms but also to retain as much of the existing fabric on site as possible.

The next steps on site will be decorations in the school’s understated blue palette and external works to install ramps and a platform stairlift to make the building accessible to all. This project is a demonstration of the charity’s success. We hope this carefully considered office to school conversion will create a learning environment that helps the school to accomplish even more in the long term.