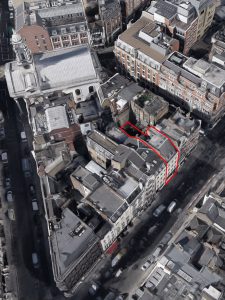 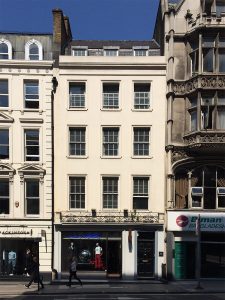 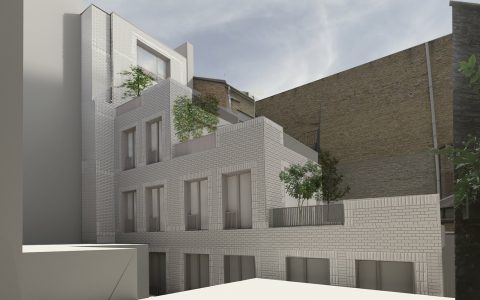 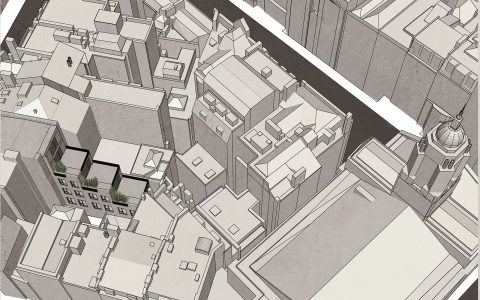 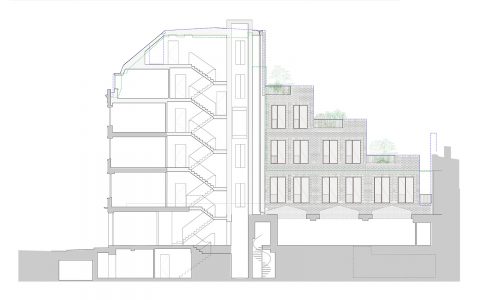 Following a lengthy pre-planning advice process and much collaboration with Westminster City Council, we have been granted planning permission to refurbish and extend a nineteenth century building that once housed tailoring overspill from Savile Row but has, in recent years, been neglected.

Built in the nineteenth century, 18 Conduit Street has already been extended, refurbished and rebuilt many times over leaving the facade as the only original feature. Whilst the 6 storey building has taken many forms, its current guise as office space is rather inadequate, offering small floors plates in need of an overhaul. In order to make these offices more viable to the Mayfair market, our proposal retains the front section of the first to fourth floors and extends out incrementally above the ground floor (which stretches the full length of the site) creating more floor space whilst allowing natural light to still penetrate the middle of the city block. This stepped massing also bestows each office with its own terrace that looks out to St George’s spire. The fifth floor will be entirely rebuilt to gain extra head height and the ground floor will not be affected by the works to enable the street-level shop to remain in operation throughout construction.

Using a light weight structural frame and building envelope, the rear extension will have a minimal impact on the existing foundations and so little work will need to be done to the existing building below first floor level. The offices will be open plan to the rear to create light filled offices as the sun enters through large windows to the back and a series of thinner, almost full height, openings to the side.

With Sketch to one side, St George’s church to the rear, and facing the entrance to Savile Row, this contemporary office space will be in the middle of some of Mayfair’s most well known spots, and although internal finishes have not yet been developed the final result of this development will be able to compete with the rest of Mayfair.