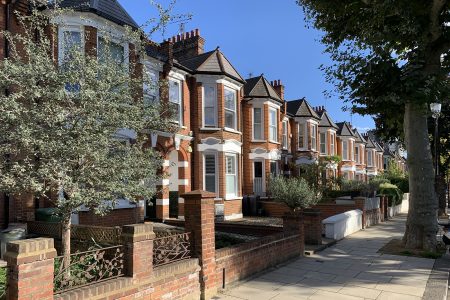 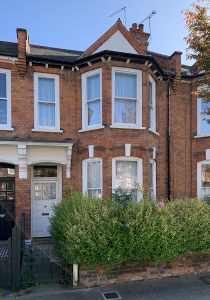 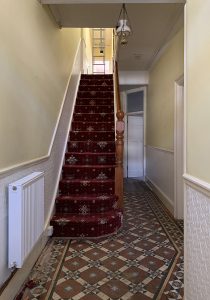 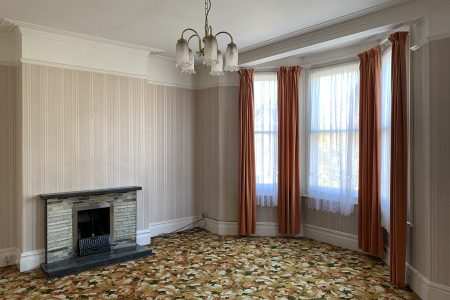 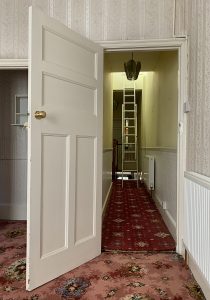 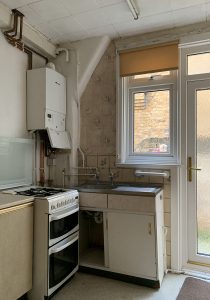 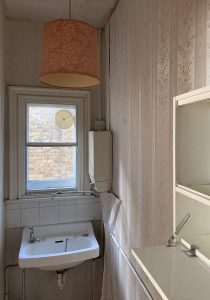 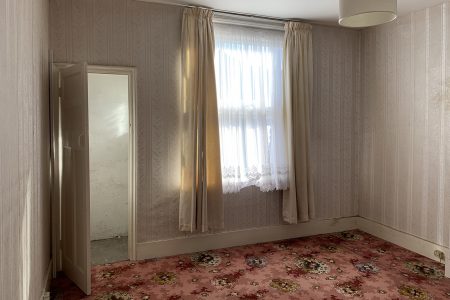 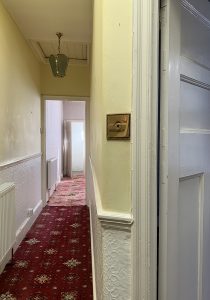 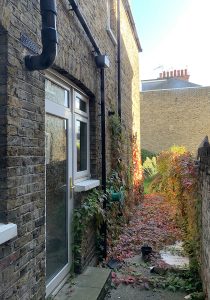 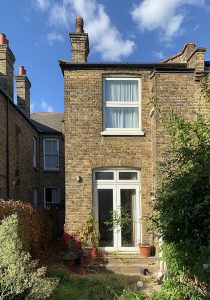 Sandwiched within a quiet Edwardian terrace in London’s North Kensington, this three-bed house has just been awarded planning permission to significantly increase the property’s internal floor area. Patalab have secured permission to not only extend to the rear and into the loft space but also to create a new basement level. Whilst this enlargement will dramatically change the property, smaller interventions and detailing have been designed with the house’s heritage in mind, adapting typical late 19th-early 20th century features to create a six-bed house which feels modern but sympathetic to the host building and local area.

Located along a key road within the Oxford Gardens Conservation Area, this expansion will be imperceivable from the front. The historic red brick facade with its canted bay, gabled roof and Arts and Crafts-style porch will be retained. This facade arrangement is typical of the area with nuanced differences in elements such as porches or gables. Within this area, delineated by railway lines and the West Way, the majority of housing was built between 1869 - 1915 meaning that the Conservation Area provides a walkable catalogue of middle-class housing from the late Victorian to Edwardian era.

The development of the railway was responsible for this house-building activity. Within less than 100 years, this location changed from farmstead (Notting Barns Farm) to suburbia as the train lines provided quick and easy transportation into the City. The housing in this area demonstrates the separation of work and life typical of the time. Oxford Gardens’ environs providing a quiet and leafy refuge from the business activity in Central London.

With two studies included in the proposed layouts, this idea of separation has adapted for the Information Age. Our proposal increases floor area and updates spaces to suit contemporary family life. With one study proposed on the top floor of the house, and the other in the centre of the Ground Floor, there is a choice of how close to family action the professional parents wish to be.

Retaining much of the original layout to the front rooms of the Ground and First floors, the plan morphs as you move towards the rear of the property. On the original lower floor, the room which would have originally been used as a Sitting Room will now be a formal Dining Room. The original bay window will supply plenty of daylight and new mouldings designed to complement the retained original internal doors and also match ’typical joinery detailing’ rolled out throughout the rest of the house. Appearing as a largely traditional room, concealed below the picture rail and above the skirting, a bar provides an exciting contemporary (and very useful) feature.

As the long floor plan stretches towards the rear garden, skirting, dado, picture rail and cornice details are incorporated into the joinery stitching the more traditional-feeling front of the house to the contemporary Kitchen-Living are to the rear. The articulated horizontal lines in the built-in cupboards are accompanied by verticals. The lines parallel to the new timber floor draw you towards the open plan space overlooking the garden whilst the perpendicular elements in the floor-ceiling cabinetry laterally enunciate doors and shelving establishing a rhythm that is repeated throughout the new areas of the house.

Some of this joinery will be oak veneer to add warmth and texture, whilst it will be painted to other areas. The painted parts will match the neutral and warm wall colours. In the space stitching new to old, the joinery finishes are divided at dado-height.

Looking out to the proposed central lightwell, this intersection between Edwardian and modern forms a useful bay. Whilst other Edwardian/Victorian Entrance Halls are fairly narrow and prioritise the rooms leading from them, this additional space allows for a smoother transition between leaving or returning home as storage for coats, bags and shoes to one side, a W.C. to the other, and a bench below the window means that the Hall is clutter-free and outdoor wear is more accessible.

Beyond this, the open-plan Kitchen-Living Space will be created by two very modest extensions - one to the side, infilling a section of yard that doesn’t get much sun, and a very small addition to the rear. This small rear extension will form a modern bay window, providing a window seat for the owners’ young children to play, colour and read but also for the adults to chat, relax and contemplate the landscaped garden. On cold days it will provide a cosy refuge whilst on warm, sunny days, the large bifold windows can be opened to blur internal and external spaces. The raised terrace beyond will be formed in the same pinkish terrazzo as the kitchen, again, allowing the interior to blend into the garden when the weather is suitable.

Whilst the front bay window already extends to the First Floor and will also be extruded to the Basement to provide natural light and ventilation to the Family Room, to the rear, the bay only provides internal space at Kitchen level. However, at First Floor level, the bay’s parapet forms a planter in front of the existing window opening that will serve the Master Bedroom. Not only will this foliage soften the views into the bedroom acting like a hard-wired vase in the window, but it will also create a sense of privacy as this window is visible from a perpendicular road.

At the end of the garden, a seating area will provide a place to catch the last of the evening sun. We imagine summer evening BBQs after the work computers have been logged out of, but also after-school fun as the children use the tiered seating and planters as a stage.

Originally designed to house families embracing the threshold between the city centre and suburbs, our reconfigured design for this North Kensington terraced house celebrates domestic-scale extended thresholds to create a home for a young family. 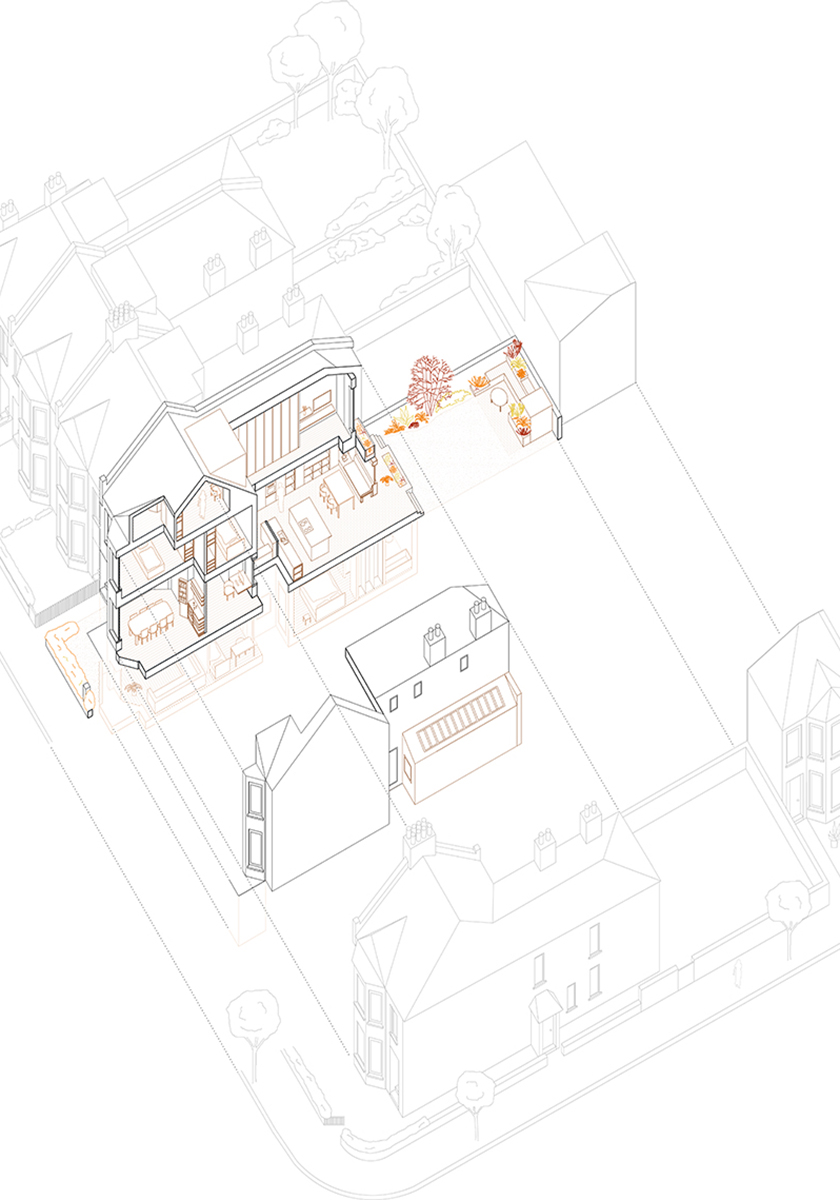 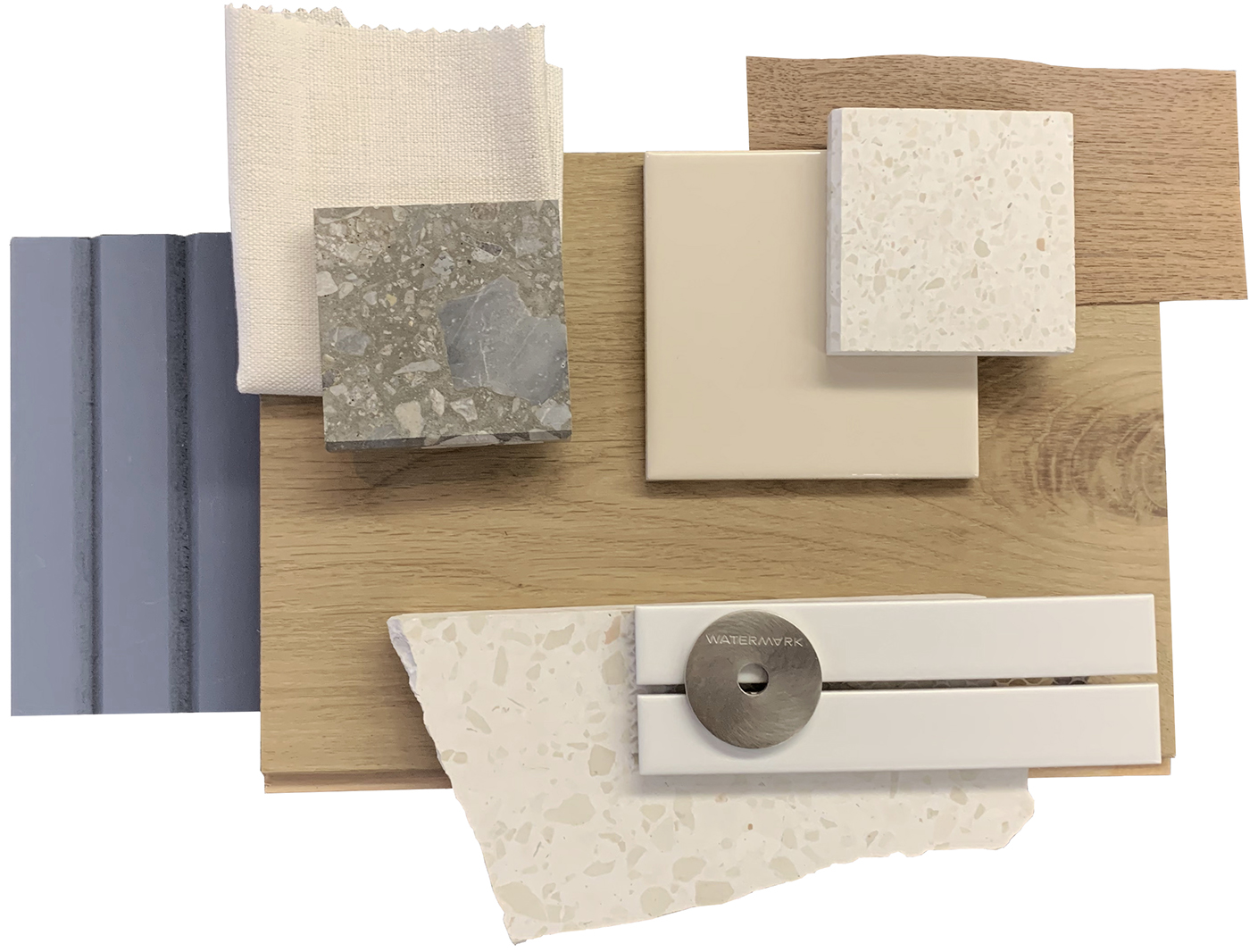 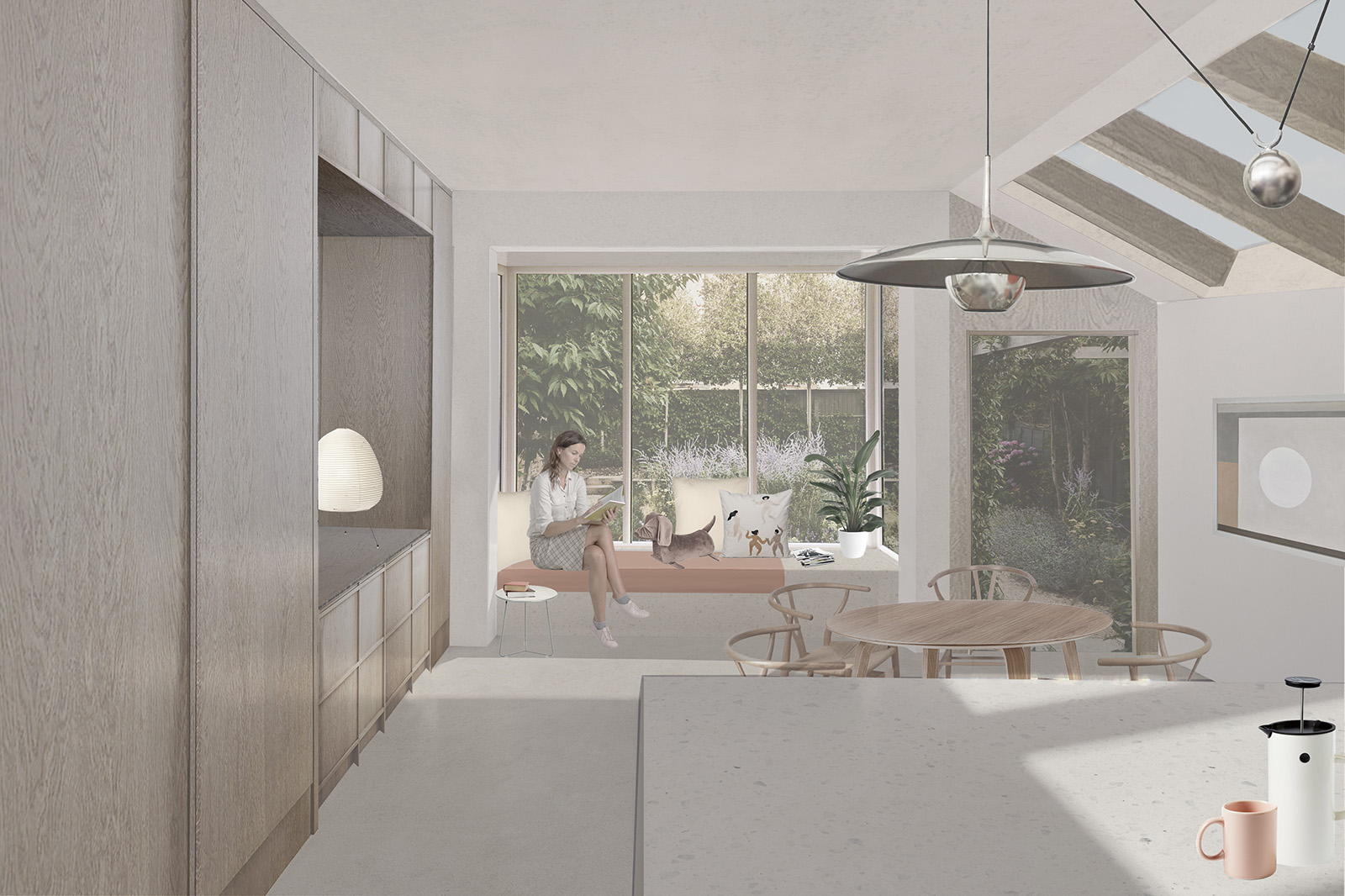 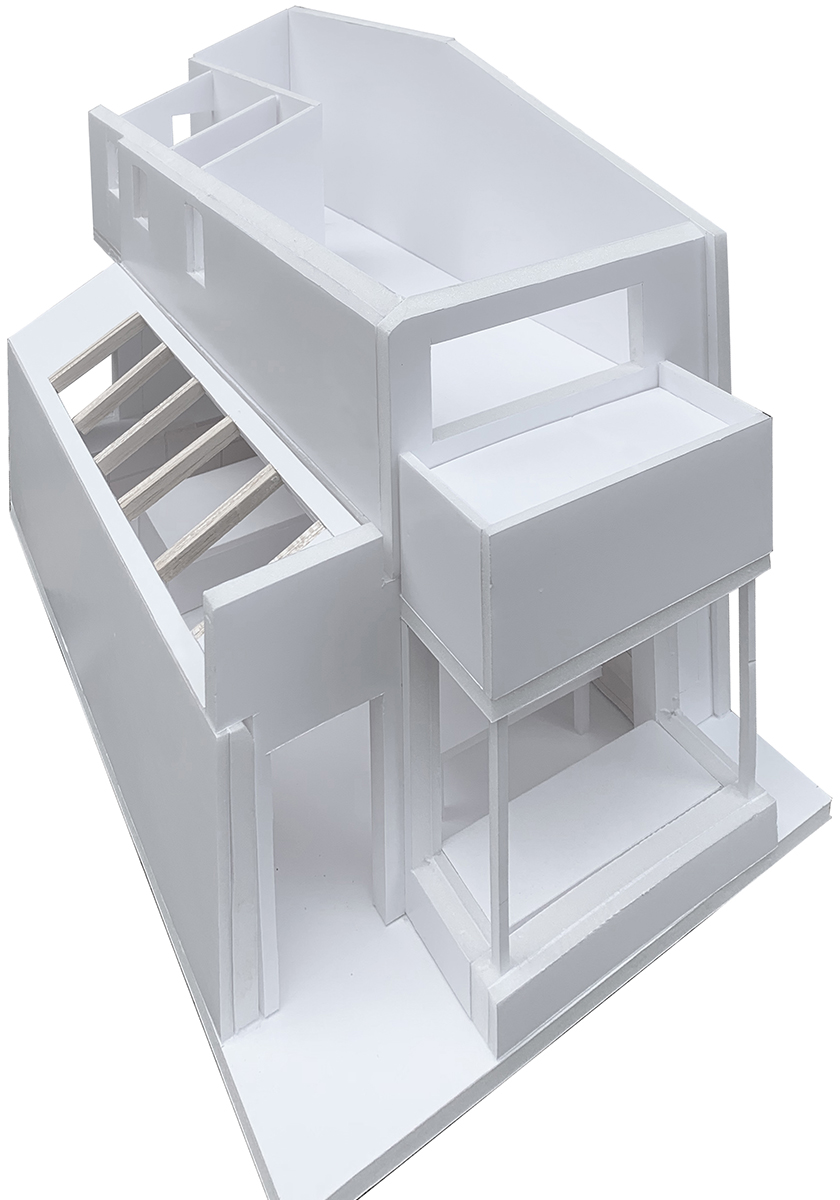