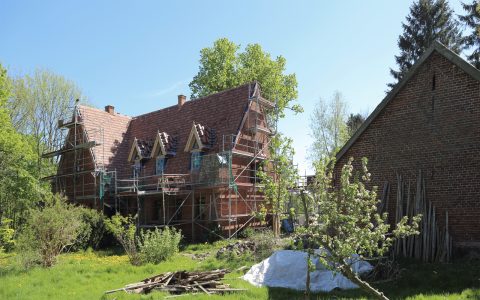 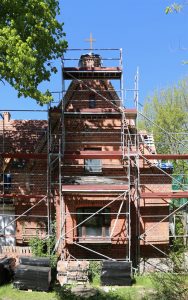 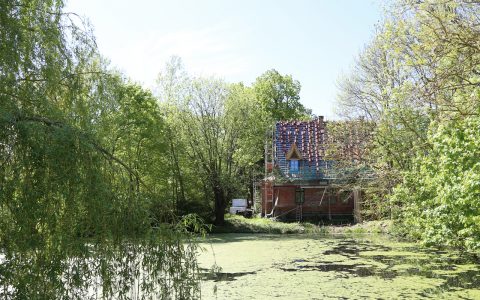 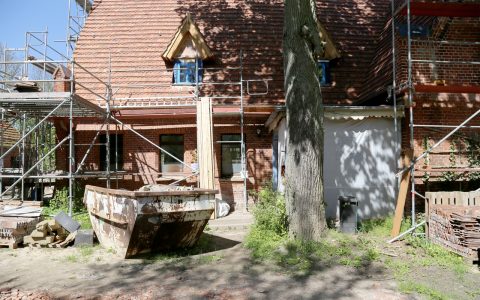 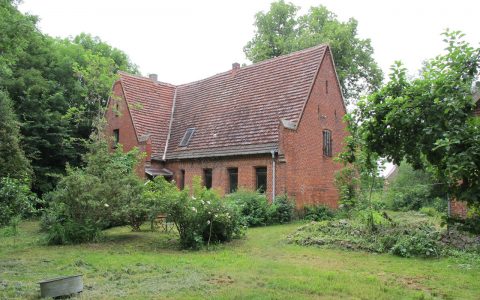 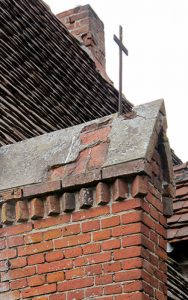 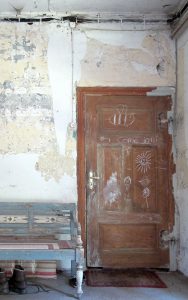 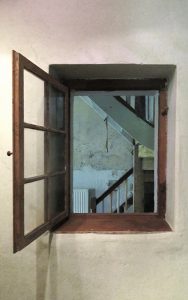 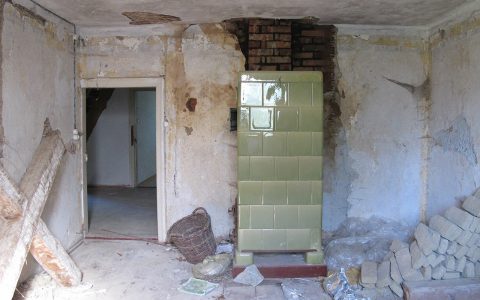 This former parish school turned artist studio is currently being transformed by 'Patalab Architekten into a contemporary family home. Built in 1873, this Neo-gothic brick building originally housed the local sexton and a large school room from which the children of Hohenbussow, a remote village near the river Tollense in the North East of Germany, were taught. It later became a retreat for artists before falling into a state of disrepair. Despite this deterioration, artefacts such as 9 crucifixes scattered across the roof and gables have endured creating unconventional decoration for a family home.

In order to convert this historic building into a family home we have taken a sensitive but pragmatic approach to design development - whilst we want to retain as much of the original proportions and features of the building as possible, the layout must be able to accommodate additional bedrooms and the energy performance should reach the standards of a modern dwelling. Following thorough heritage and structural assessments we found we were able to transform the loft into habitable space to be used for bedrooms and bathrooms as well as creating a series of new openings to allow more natural light to penetrate the deep floor plans.

Planning permission and listed building consent have been granted and the project is now on site.